We went to the Edible Garden Show on Friday. Originally we’d not intended to go as it’s about 300 miles from home here in North Wales. Add in a couple of breaks and the inevitable road works and we’d be lucky to do it in 7 hours. Taking the train wouldn’t save time and would have cost quite a lot more.

However, we’d won an award for the best vegetable blog and really did want to pick that up and see the event so we broke the journey by staying with my Mum near Banbury which is only a couple of hours from Alexandra Palace where the show was held.

Off we set on Friday morning which was overcast and cloudy in Banbury so we didn’t see the solar eclipse, which was a bit of a disappointment. The drive went well and Alexandra Palace, set in Parklands in North London is a very impressive building. It was built in 1875 and famously was where the BBC started the world’s first proper TV service in 1936. 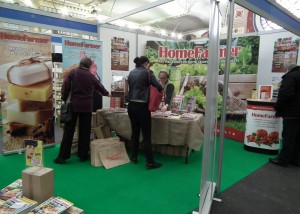 Our first call was onto the Home Farmer magazine stand. I write a monthly column for them and whilst we’ve spoken on the phone, I’d never met them in the flesh. Ruth Tott (the publisher) was there but unfortunately Paul Melnyczuk (the editor) was tied up back at the office putting the finishing touches to the magazines May issue. Ruth is absolutely lovely and we’d have loved to have spent more time chatting but she was on her own and flying around the stand like a whirlwind so we moved on. 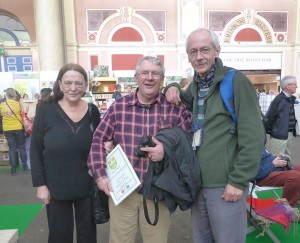 Our friend Richard Cannon (“down the lane”) appeared and off we went for a coffee before taking the grand tour of the stands. James Wong was giving a talk on growing different vegetables and on the other side of the hall Paul & Diane Peacock were giving a cookery demonstration. Paul spotted us and popped over for a chat. He suffered a heart attack last year which has taken its toll. How he manages to keep up the pace he does now is a mystery to me. Get well soon, Paul.

Val spotted a stand selling herbs and picked up some extras for our herb garden. I couldn’t resist asking if the ‘Bloody Sorrel’ would resist the bloody slugs. Spent a little time listening to Pippa Greenwood’s talk. We’d spotted her earlier but I was a loathe to introduce myself in case she screamed for security to save her from the stalker! What she doesn’t know about vegetable pests is not worth knowing. 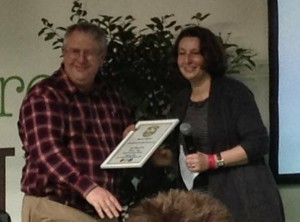 Off to the award ceremony at 2.30 which was originally going to be streamed live but technical problems struck. Just to add to the fun my camera batteries decided to run out as I went up to collect the certificate.

So for now the only photo is one taken by forum member Surbie100 which isn’t the most flattering of me.

However the video has now appeared on Youtube so I’ve put it up here.

Surbie and Mrs Bee from our forum introduced themselves after the awards. Being Londoners they found our shock at a stand selling loaves of bread for £4.00 amusing. Val reckons our standard daily loaf costs 55p and even the ‘specials’ like spelt bread come in well under a pound.

This site and especially the forums have been the cause of us meeting lots of really great people. I don’t believe that 3,000 facebook ‘friends’ are actually friends but we’ve made real friends from this. In fact, it’s one of the things I’m proudest of is that we’ve got such fantastic members and visitors.

Our last call was the Hippo stand for Britains Best Allotment Competition which I’m one of the judges on. They’d got a really enthusiastic team manning the stand.

We grabbed a bite to eat with Richard and then set off for Banbury. I used to work a lot in North London about 20 years ago and some things haven’t changed. The North Circular and Hanger Lane system are an absolute nightmare at rush hour. I think I confused some of the regulars by letting them in and politely waiting rather than driving like a bully with road rage.

Finally back to Mum’s and thence back home for Saturday night. We enjoyed the show but I’m sorry, you can keep London. Anyway, a few snaps below from the show. 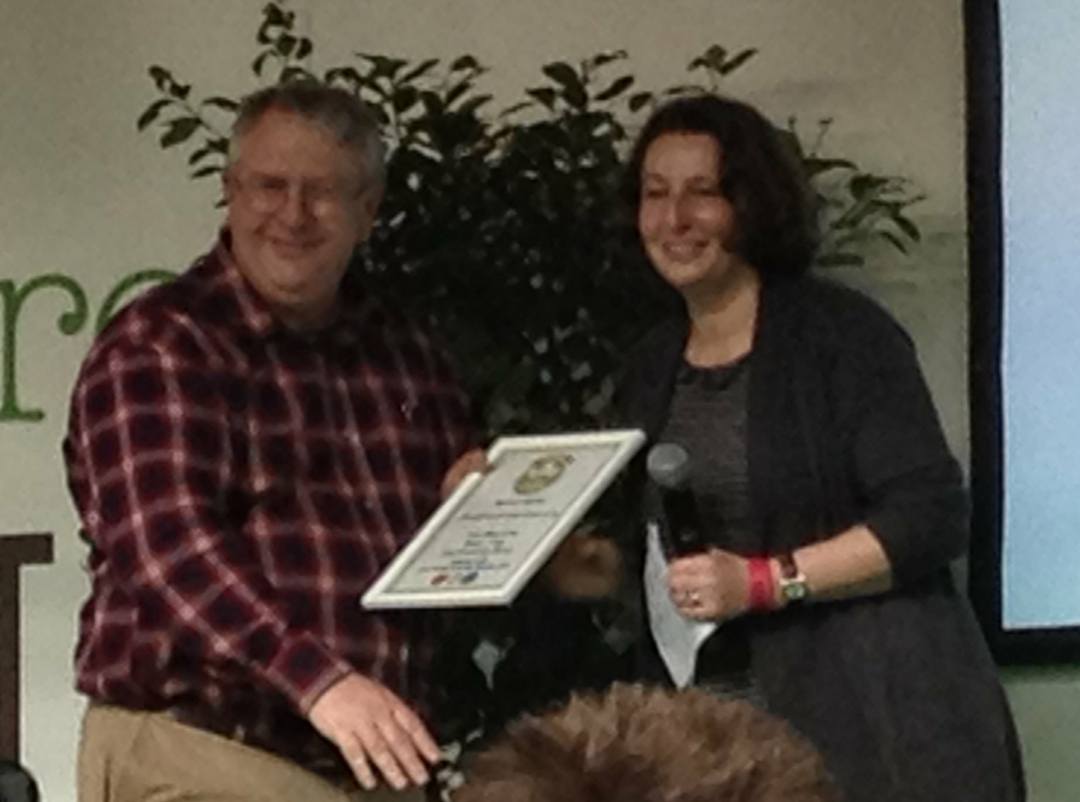 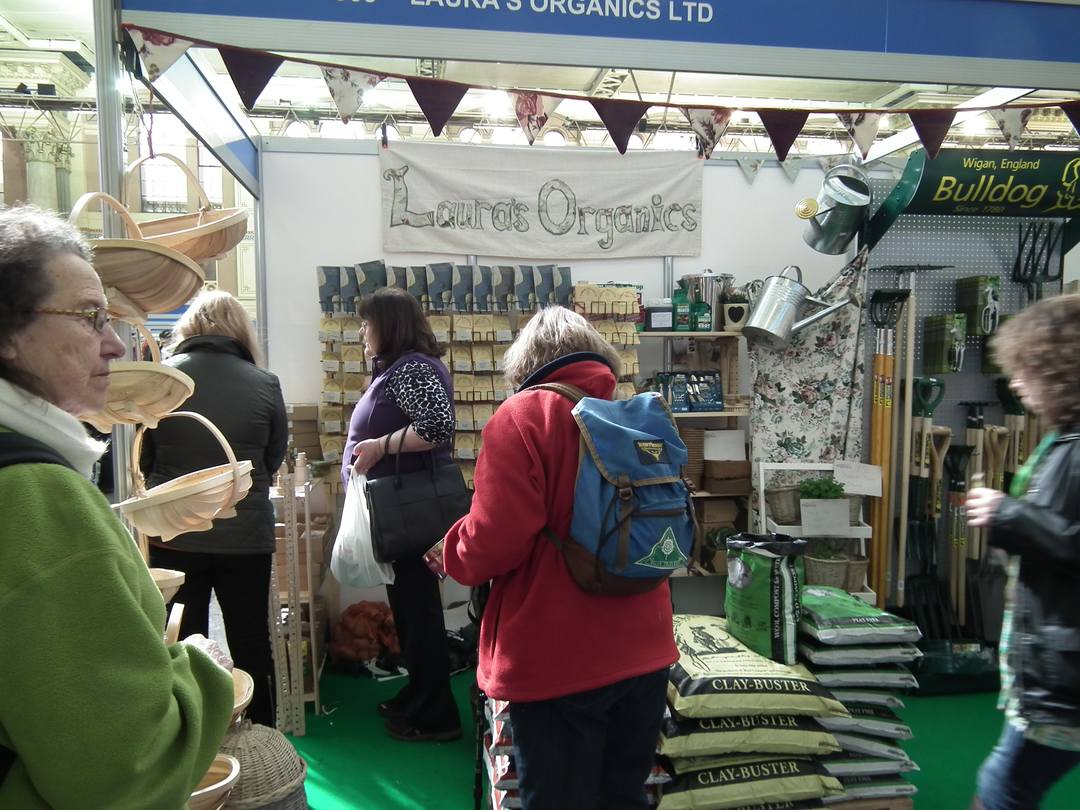 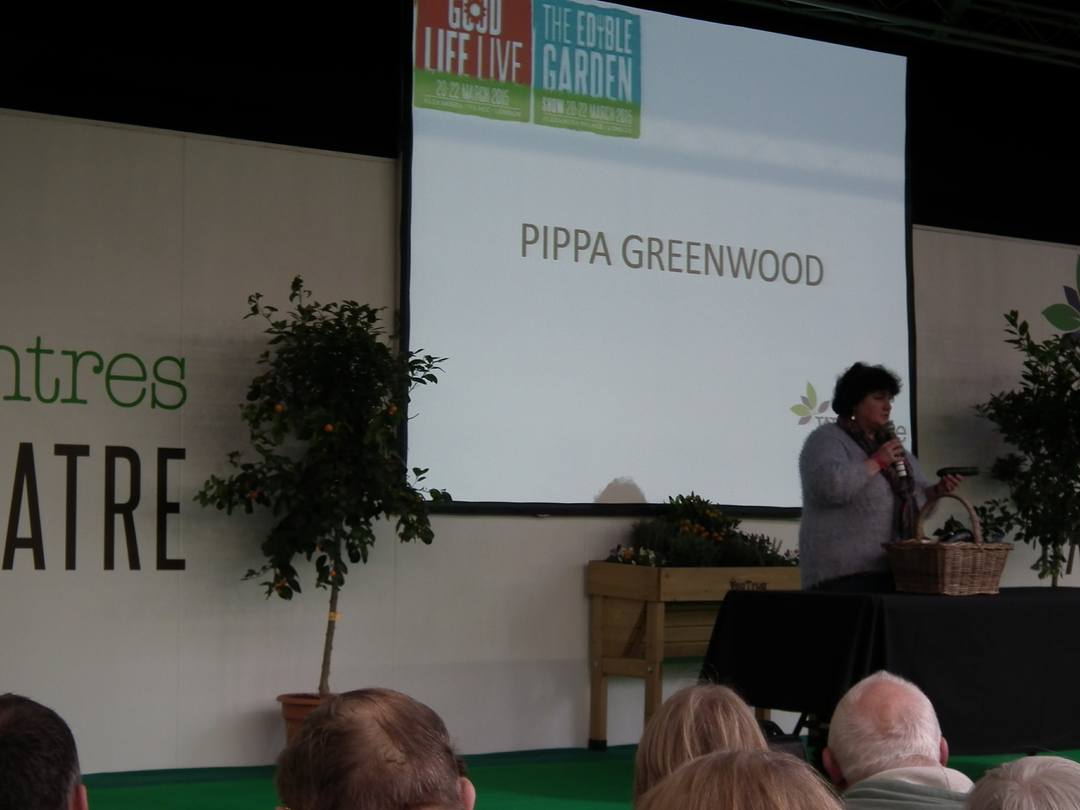 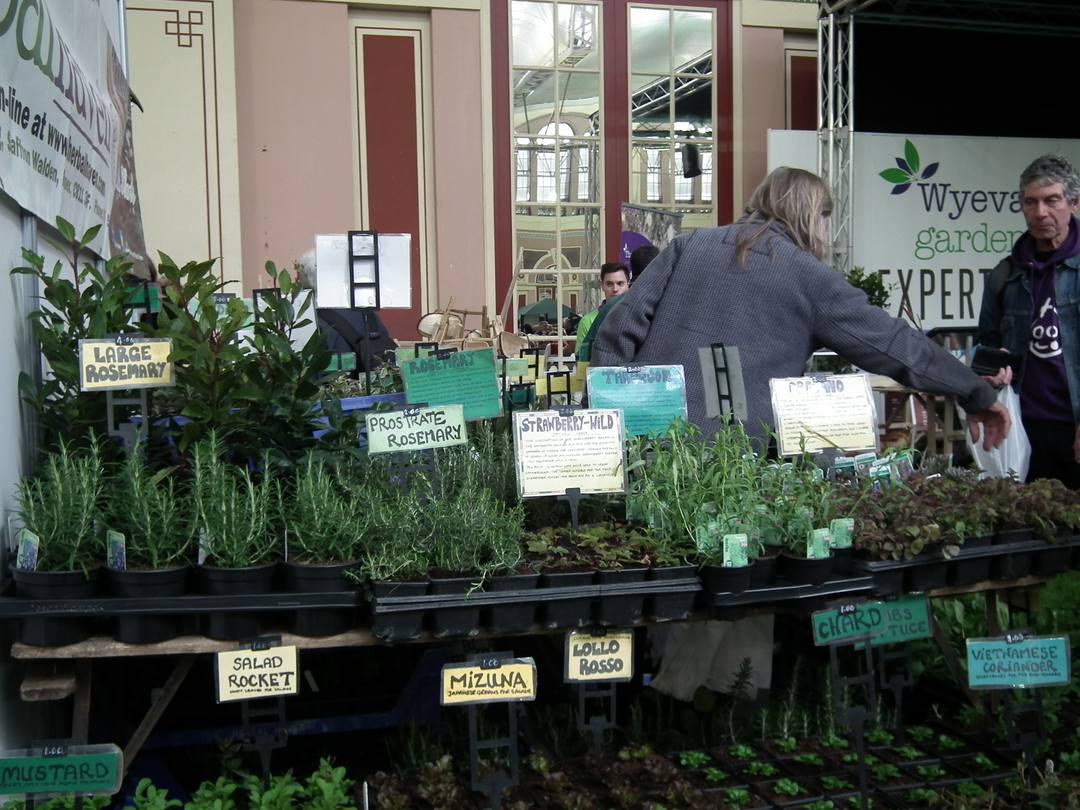 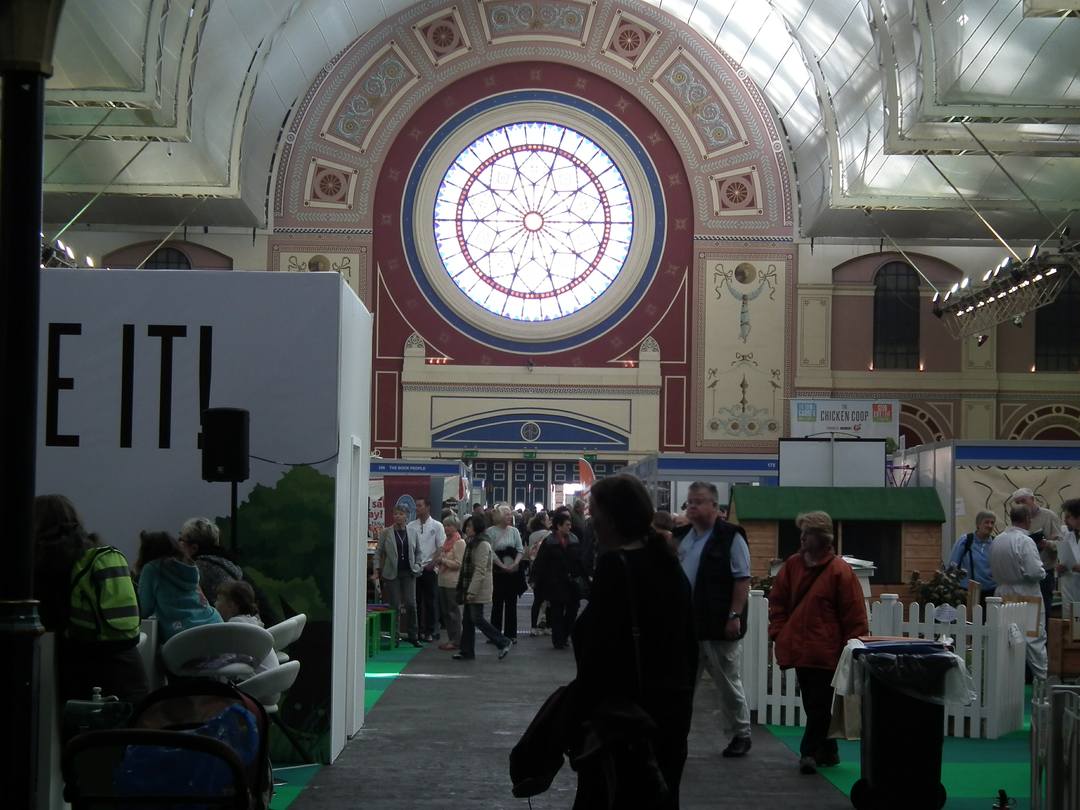 View up the hall at Alexandra Palace 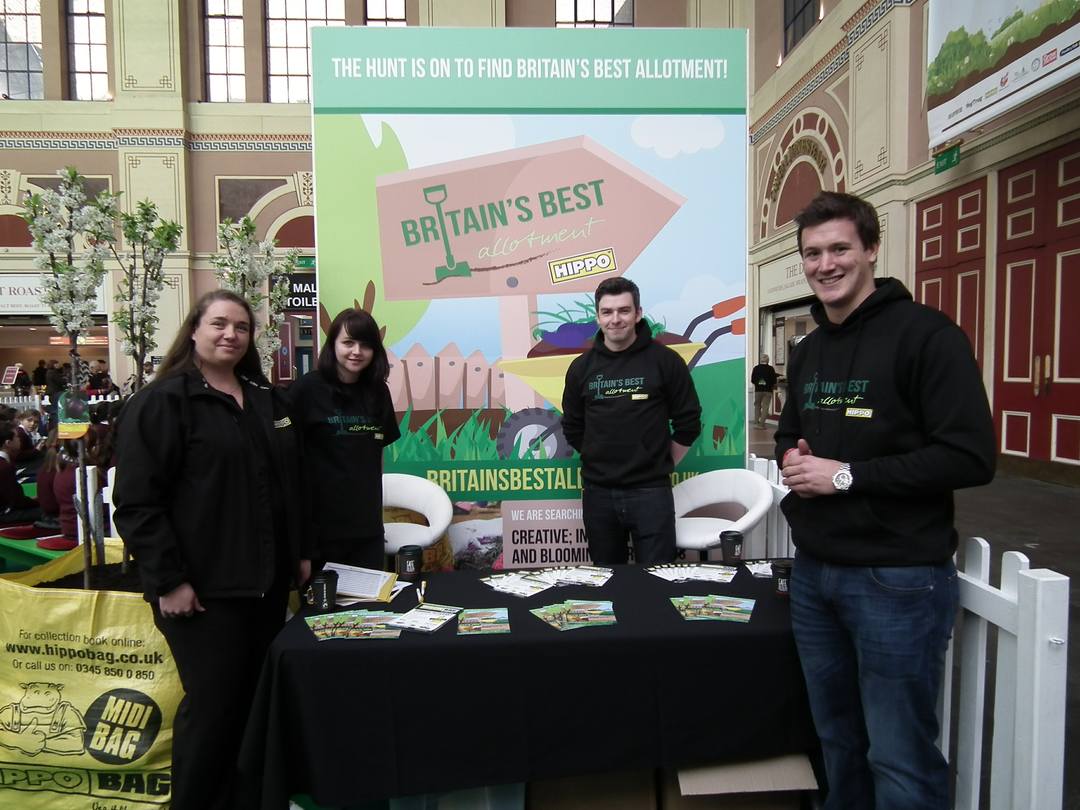 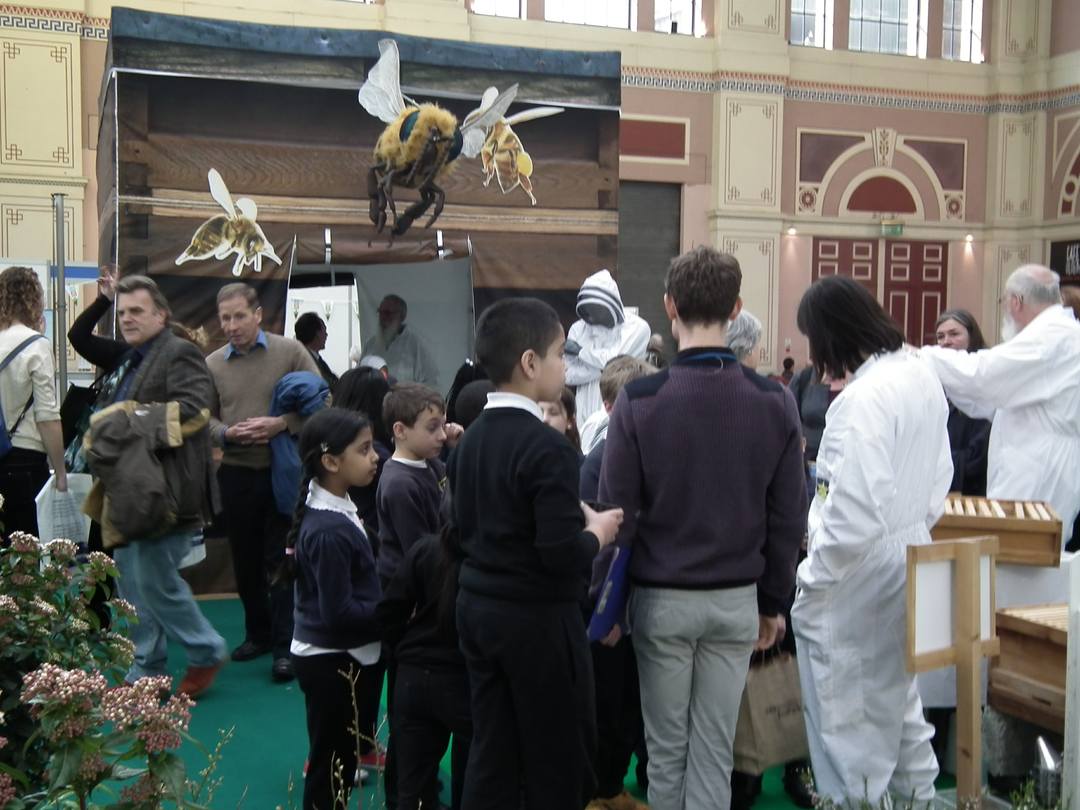 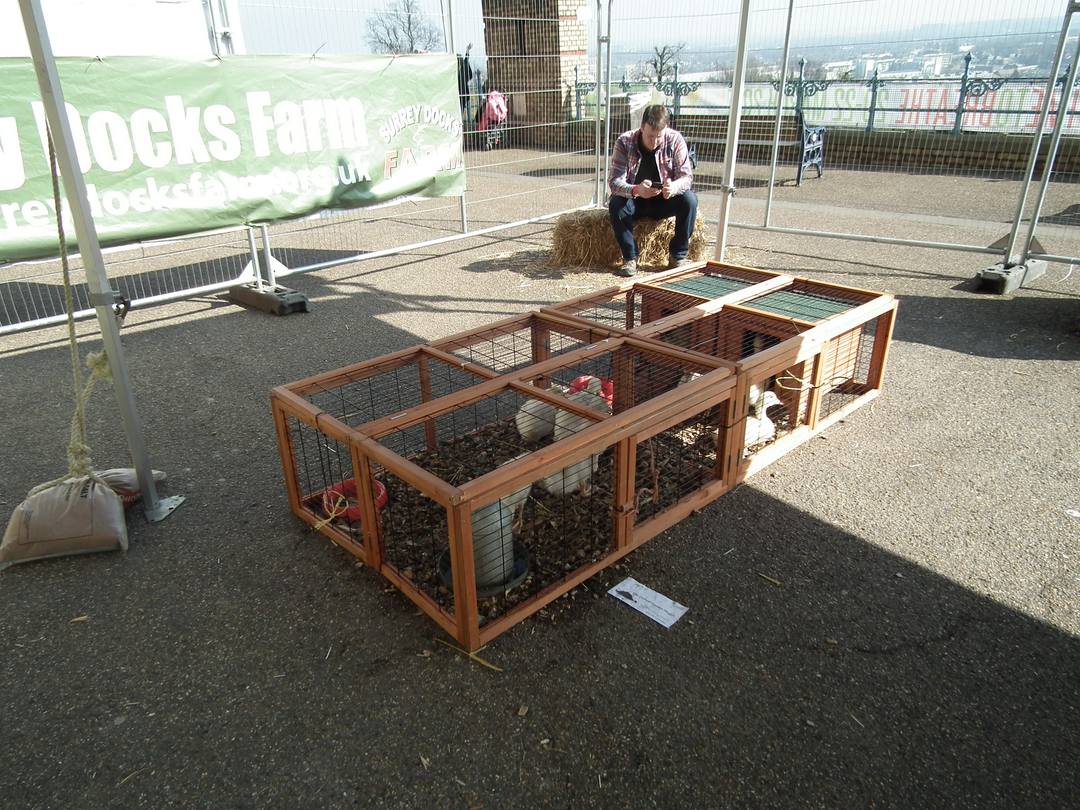 Ducks in the Outside Area 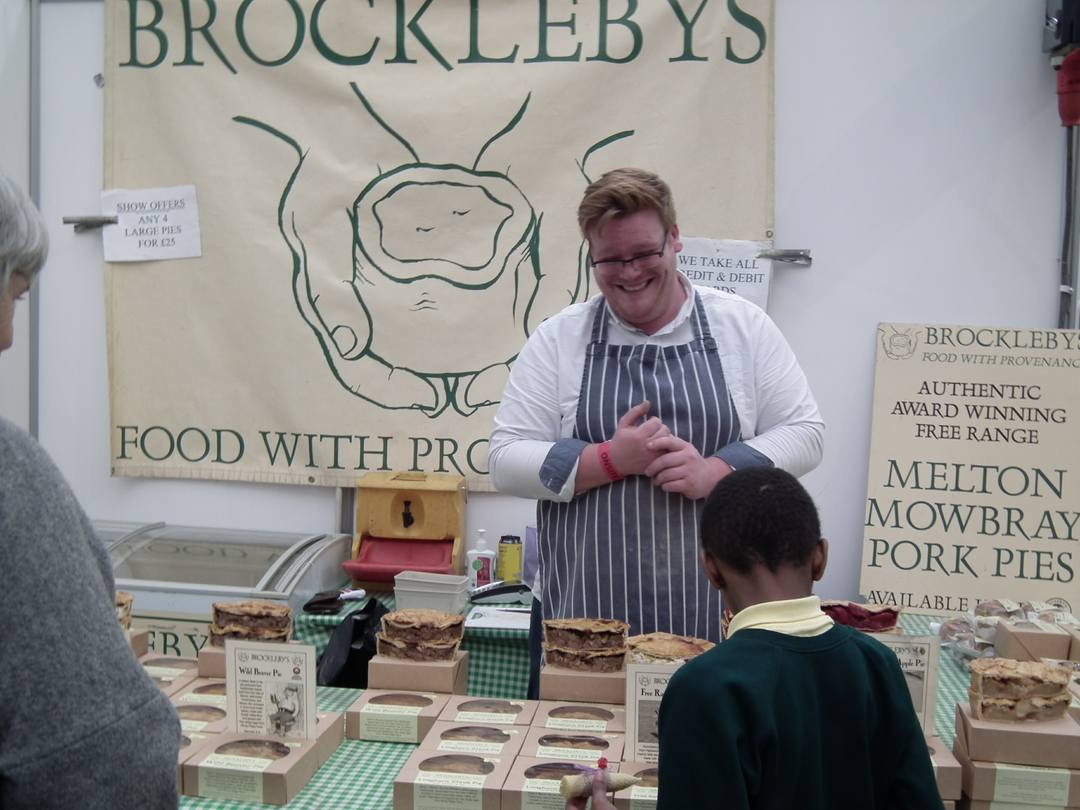 Food Stand – one of many at the show 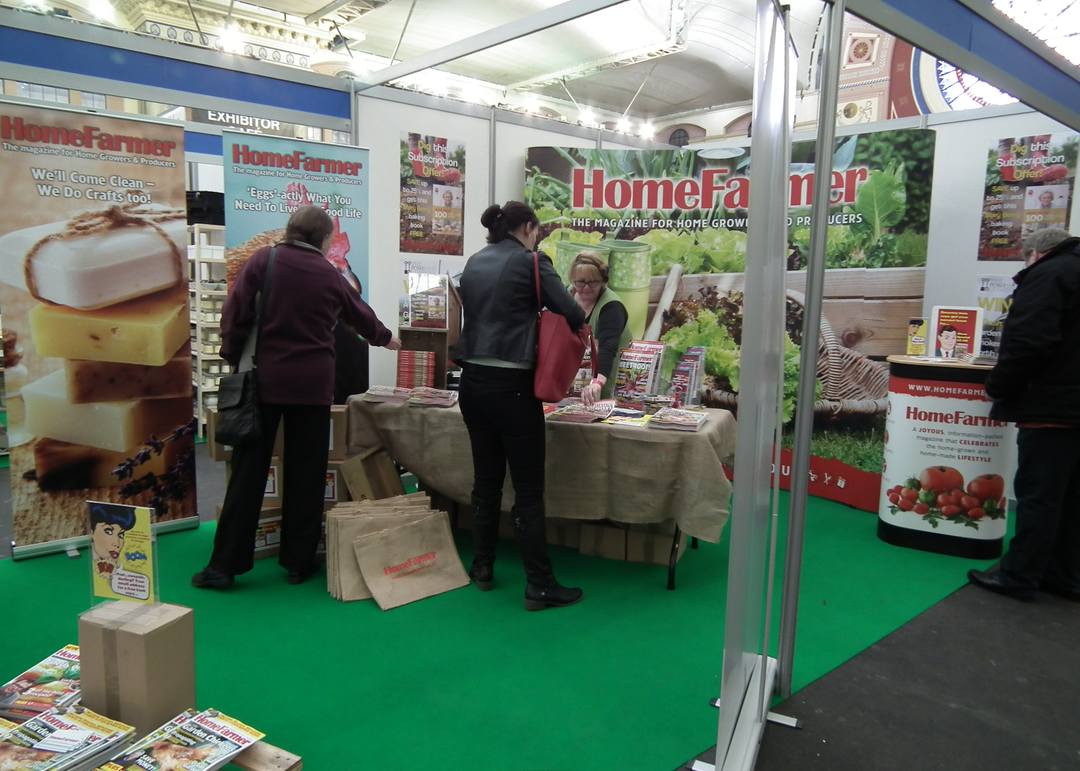