Well after my last post on Wednesday, things got a bit exciting on the web site. The first thing I knew about it was the site just wouldn’t load. I checked other web sites were working, so I knew it was just mine.

Sometimes things go wrong so give it a while and try again but still no site! At this point I thought I’d better ring the hosting firm. Now I’ve never actually met the chaps who host the web site, but I have a picture in my mind. A sort of cross between the nerds in the IT Crowd series from channel 4 and the scientists from 1970’s TV series about the future. Who knows, they may even wear suits and ties? I wouldn’t bet on it.

As I started my hesitant “Sorry to bother but my web sites don’t appear to be working” I got “We know” fired back. From the tone of voice, my impression of the hosting centre suddenly changed. No more calm scientist types, pressing buttons as machines whirred in the background. Now we were into the China Syndrome or the engine room of the Enterprise after the Klingons attack and the warp core is ready to breach.

Red lights were rotating on the ceiling, alarms sounding and men were pulling back on levers in a desperate attempt to stop the entire interweb from imploding! I daresay the truth wasn’t quite so dramatic.

We were offline for about 4 hours, which is not a long time but I did get a lot of emails telling me about it. Below is the server control team desperately fighting to get the allotment web site back up before people had to start talking to each other! 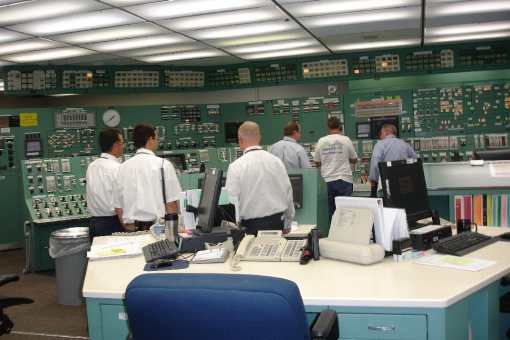 Apart from web site dramas, I’ve mainly been involved in writing. Sometimes the words fall onto the page and sometimes they get re-written five times before they look write. I think I worried the publisher when I promised to send 50,000 words but not necessarily the right words or in the right order.

I did take some time to post on my pal Richard’s forum in response to a post about the dangers of garlic in oil. I love the internet, someone says something maybe accurate, maybe complete bunkum and it gets picked up by other web sites and before you know it the post is a fact! It must be true because so many people say it’s true.

When we had some well meaning people email about the garlic in oil gives you botulism, actually I think it was chilli peppers but that’s neither here nor there, we looked on the web and found some references.

However, we didn’t leave it there. First we spoke to my brother in law who is a trained chef and well up on hygiene and food safety. He wasn’t certain so we got onto the health people. Now the truth is that bottling damp garlic or chilli in cold oil presents a tiny theoretical risk raised by someone in that bastion of sense and calmness the USA. You are far more likely to die from making a sandwich with dirty hands. But, we thought it best to bow to the panic and provide recipes that safely sterilise by heating the oil.

And we still get emails saying “Did you know that you will die from eating chilli peppers bottled in oil?” I resist the urge to reply “But that’s all we’ve got here in our bunker that we cannot leave in case the sky falls on us”

I did manage to leave the bunker for a bit and get on the plot. First job was to harvest some leeks. I tried a different method this year for some leeks, growing in modules and planting the modules in a trench rather than my normal method of dropping bare rooted plants into dibbed holes.

The module leeks should, I thought, perform better because there would be no check to their growing but in practice they’ve not done as well as the other leeks.

Having got the leeks, it was over to the sad greenhouses. Sad because the recent cold snap has finished everything off except for a lettuce in the large greenhouse. We always think of lettuce as a summer crop but they can be remarkably hardy.

I still managed to return home with a handful of tomatoes and some peppers. Oh no, not peppers in oil! Not bad for a cold November day though.

There’s lots to do on the plots but I’m pushing the deadline on work so please forgive me if there aren’t too many entries on here for the next couple of weeks.