My earlier entry on the problem gardeners are having with the aminopyralid herbicide residue in manure has had more response than anything before. It seems growers up and down the country are suffering. Many didn’t have any idea what was causing the problem and though it was just them. Now they’re realising it’s a lot of people and the penny (or great big hobnail boot) has firmly dropped.

I mentioned that a couple of plotholders were hit on our site and I thought it could be useful to take a few pictures so others could identify the problem. The first is of some potatoes, variety Anya. Anya don’t make a lot of top but they are usually very productive. It seems the one plant at the end of the row has escaped so it’s great for showing the difference between a plant affected by the contaminated manure and one unaffected by the contaminated manure.

This patchiness can be caused because the manure is not evenly mixed across the whole bed or because some of the manure contains animal urine contaminated with aminopyralid and some doesn’t.

The potato on the left is normal and those on the right are affected by the weedkiller contaminated manure. 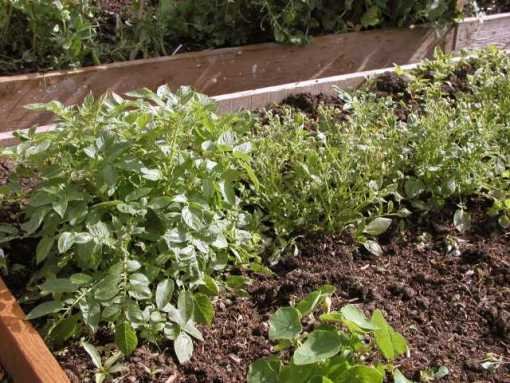 On the photo below you can see the characteristic curled and stunted leaves on the plant. 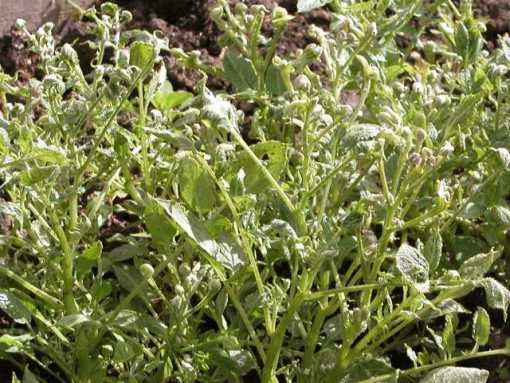 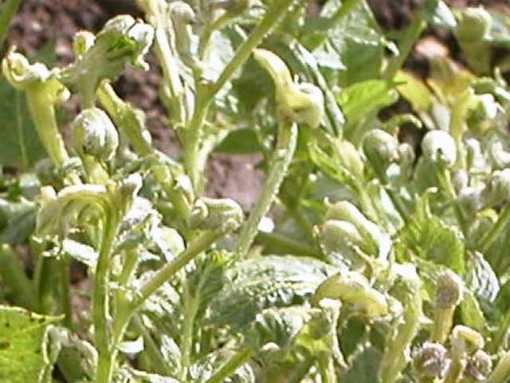 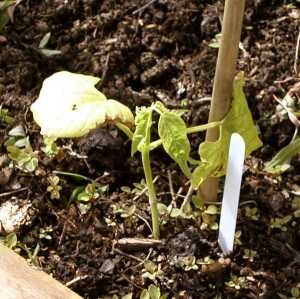 The photo on the right is a close up of a runner bean plant in the same bed as the potatoes, affected by the manure.

Don’t forget that aminopyralid not only effects potatoes and tomatoes but also:

The yellowed leaves show that the plant is unable to utilise nitrogen and the lack of new leaves as the plant is literally starving despite nutrients being available.

The whole row is affected and showing the same symptoms.

The photo below is the runner beans in the row. Mine are halfway up the canes now I understand these were started in pots but haven’t moved since being planted out. 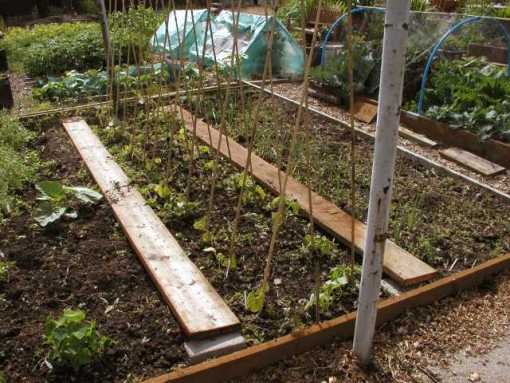