The tree pruning has moved onto the other side of the house now but a bit hampered by the wind. When it’s not too bad at ground level, it’s storm force 9 when you get 30 feet up. The poor tree surgeon felt quite sea sick from the rocking so stuck to slicing up the felled branches on the ground.

We’ve a huge amount of twiggy thin branches that aren’t right for the woodburner to deal with. I can burn them when they’ve dried a bit in a big bonfire, might be fun to celebrate the shortest day with a bonfire but knowing my luck it will be pouring with rain.

A bonfire would leave me with a lot of potash which is good for the soil but better still would be to chip them. Wood chippings are great for paths between beds and after a couple of years they rot down to add to the humus in the soil.

So time to wheel out my super shredder, which was a bargain from Ebay. The only problem is that it has stood idle for a year. If I’d realised it was going to stand for so long, I’d have prepared it for the rest by draining the fuel and lubricating the piston.

Anyway, gave it an oil change, lubricated the piston, cleaned up the spark plug and fuelled it with petrol plus a cleaning additive from Briggs & Stratton. I’m not very mechanical to say the least, so it was all done with frequent referral to the manual.

Sadly it won’t start and worse still it’s making a weird clunking sound when I pull the starter cord. That might be normal but I doubt it.  So that’s down to the repair shop in the village for some expert attention next week. Hopefully it won’t be serious or expensive.

Come Saturday, the weather was fair so out to the greenhouse base where the cut branches and logs were dumped. First job was to move these and stack them neatly, which takes up a lot less room. I’d estimated an hour or two for this but it was nearer six. In fact I’d still got a fair amount to move when the sun went down. Hate the really short days of this time of year.

Val harvested the last of the carrots from the barrels whilst I was log moving. Note to self: 3 split barrels is more than a year’s supply for two people! 5 is overkill. We gave a carrier bag full away to our neighbours.

Val decided to make up some ploughman’s pickle, which uses up some carrots. Had to laugh when she asked where the recipe we used in the Easy Jam book was. “In the book by any chance?”

The house was full of that wonderful smell of spices and vinegar, which beats baking bread in my book. I just love it. It’s one of those time consuming recipes, lots of chopping the ingredients into small chunks (it’s like Branston pickle) but the results are worth it in the end. It won’t be ready to taste for at least a month, frustrating.

The plan for Sunday was to leap out of bed and finish moving the logs followed by a good start on the greenhouse. Well that was the plan. The actuality was I awoke as stiff as a board and would have probably stayed in bed until the afternoon if it wasn’t for a cat sitting on my chest demanding breakfast. 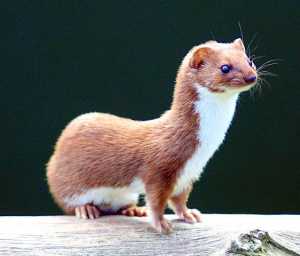 So a lazy morning and I got outside just after midday. Shifted the last of the wood across, cutting some down to more manageable size with the chainsaw. Val came out and helped me get the tarpaulin over the woodpile as it was getting dark. So the greenhouse will have to be next week now.

One sad thing, I came across a dead young weasel. It might have been a stoat but I didn’t look at the tail tip which is black with stoats. I suspect one of our cats killed it which is a real shame as it’s an absolutely beautiful little thing and apparently they’re quite rare. Buried it as the flies were around it and something so beautiful deserves respect.

Leave a Comment Here on Building the Woodpile Cancel reply