Greenhouse Base & New on Site

Well the greenhouse base is basically finished and we’re ready for the new greenhouse. When you build a house, the foundations are critical and the same applies to a greenhouse. If the base under the frame isn’t square, level and stable problems will follow.

Any twists in the frame base will exaggerate towards the top and panes of glass will not be held in the frame and doors will not close and seal properly. Come a strong wind and the glass will be out and probably the whole house a mass of twisted wreckage.

Even if the base is square and level to start with, movement in the soil underneath can cause it to go out of true and we’re back to glass flying out in a storm. Soil absorbs water so in dry weather it shrinks and wet weather it expands.

On the allotments we were not supposed to use concrete and have permanent structures (good thing too!) so I used two methods to keep the base level. For the big greenhouse I made a rectangle from some sleepers set on gravel in the soil. The gravel allowed drainage under and the size of the sleepers worked well at providing stability.

For the small greenhouse I laid slabs onto the ground and then used 3×3 fence posts laid on the slabs to form a stable frame. Both methods worked pretty well and I think they’d have lasted for many years for me. Not perfect though, but good enough.

Here it’s a little different. For a start we have some very high winds and they’re quite frequent so no room for error. Secondly the house is not going onto level land and finally we get a lot of rain. That rain water runs down the hill (who’d have guessed it!) and the house is near the base of the hill side. It’s a sandy soil as well, which can dry out quickly and shrink.

So we dug out and levelled the land to start with. Then on the down-slope side built a retaining wall from rocks before back filling with slate waste, tamped down to form a stable level area regardless of the weather.

Good thick concrete slabs were then laid on top, bedded in concrete. A lot of care was taken to make sure the slabs are level. Not cheap or easy but at least a job that won’t need doing again in my lifetime.

We’ve still got to point up between the slabs and move the washing line but that’s only an hour or two’s work. One other job I want to get done before we put the greenhouse up is some tree trimming.

There’s a large sycamore whose branches almost overhang the greenhouse and it will benefit from some reduction. Now I really don’t fancy trying to lop thick branches off up a ladder with a chainsaw so I’ve a chap coming. I probably could do it myself but I’m a bit of a wimp when it comes to tools that can take your arm off. 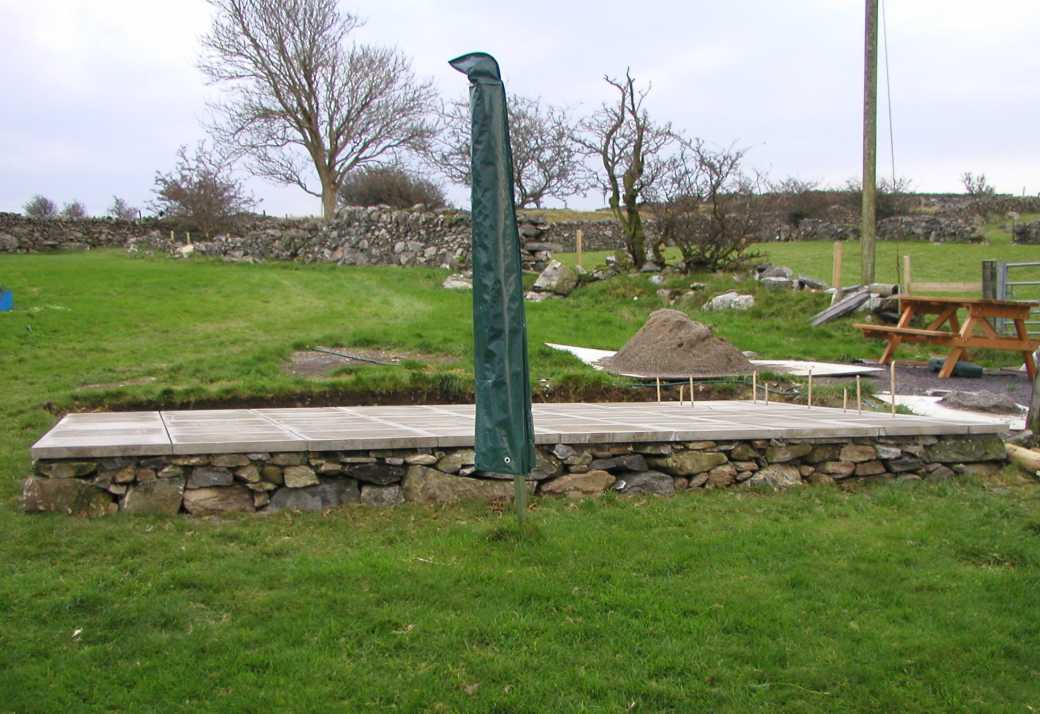 Greenhouse Base from the front 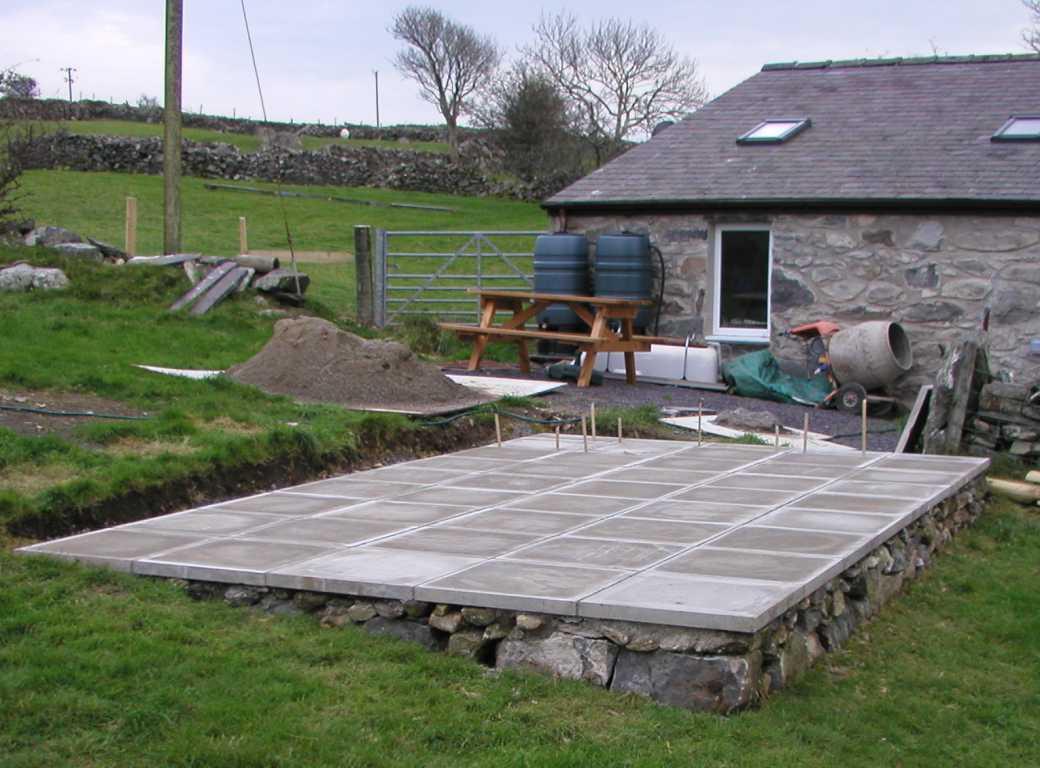 Greenhouse Base From the side

New on the Site:

We’ve got some more articles by show grower, horticultural lecturer and judge John Trim. The first two are on growing large onions for the show bench and the second pair are on growing celery for show.

Posted in New on Site

2 comments on “Greenhouse Base & New on Site”