Living in a building site!

January has been a pretty full month for us and sadly I’ve not had chance to do anything yet about a veg plot. It started on the 4th with the kitchen re-fit. Now the kitchen is pretty much the heart of the home and having it remodelled is about as disruptive as you can get.

The old kitchen was semi-split from the dining room with a stud wall complete with giant serving hatch more suited for the village hall than a house. The dust when that came down was incredible and got everywhere in the house of course.

The kitchen fitters are friends of mine and they are pretty experienced but even so it took longer than any of us expected. Old houses are always tricky, straight walls and level floors being a relatively modern invention.

There were quite a lot of electrical works involved – it’s amazing how many plugs you need in a kitchen now – which really disrupted things for a week. It wasn’t the planned times when the power would be off that was the problem as the unplanned trips. When you’ve got an hour’s work done on the computer and BANG off goes the power, well shall we say the air turned blue?

Still, it’s basically done now apart from waiting for a replacement fridge. In the 20 years I worked in the kitchen industry, I don’t recall ever having a fridge dead on arrival, so this was a first for me!

However, I’d promised we’d have the kitchen Val wanted this time and we have. Our other kitchens have always been designed with selling the house in mind but this time it’s purely what we want. Not the most expensive doors in the range by far but we’ve got pull out units, large pan drawers, carousels and even a 3 part pull-out recycling waste bin. No scrabbling in the back of cupboards for when we’re old and working with arthritic knees!

Just as the kitchen fitters were finishing up, the next set of builders arrived. At the back of the house we’ve a cowshed, about half the size of the house. This is in two separate sections with a door between. Potentially these sheds will be incredibly useful and will provide a storage area for my rotovator and shredder etc and a log store on one side the other being a utility area come workshop and a food store.

The builders had hardly gotten started when the first and a major problem arose. The plan was to remove the existing slates from the roofs, felt and re-lay the slates to make the roofs watertight. What we couldn’t see from ground level were the tiny little holes indicative of woodworm

The rafters were that rotten that you could literally crush some of them into powder with your bare hand! Once you’ve started a job like this, there’s no way out. You bite the bullet and replace them and just hope the bill isn’t too outrageous.

On the other roof there was a long purlin which was supposed to support the rafters above. Comprised of 2 beams about 3″ by 8″ bolted together, it looked pretty robust but it turned out to have rotted away at both ends and was actually suspended in the air by the sagging rafters rather than holding them up! The wonder is that the whole thing hadn’t collapsed.

Add to the mix the discovery that there once was a wooden lintel over a doorway that has completely rotted away and so the wall above is standing up by willpower and the wooden lintel above a window is nearly gone to and it seems we’ve got the builders in just in time.

If I’d waited a year, as we considered, rather than adding a bit to the mortgage to pay for all this, I think we’d have had a large pile of rubble rather than sheds. How they roof hasn’t gone under some of the winds we have here, I don’t know.

Now the problem from a gardening point of view is that everything is crammed into the dry section of the sheds whilst they work on the other roof and I can’t get at anything. It’s not just my gear either, the builders are storing their gear in there. Everything from bags of cement to saws and drills. Must admit to being a bit jealous of their power nailer – that’s a beast of a tool.

So, in response to the emails I’ve had asking if I’m well, yes I’m fine thanks – just not a lot to write about (to do with growing) in my diary. I’ve popped a few pictures up that I took earlier today of the ongoing works. 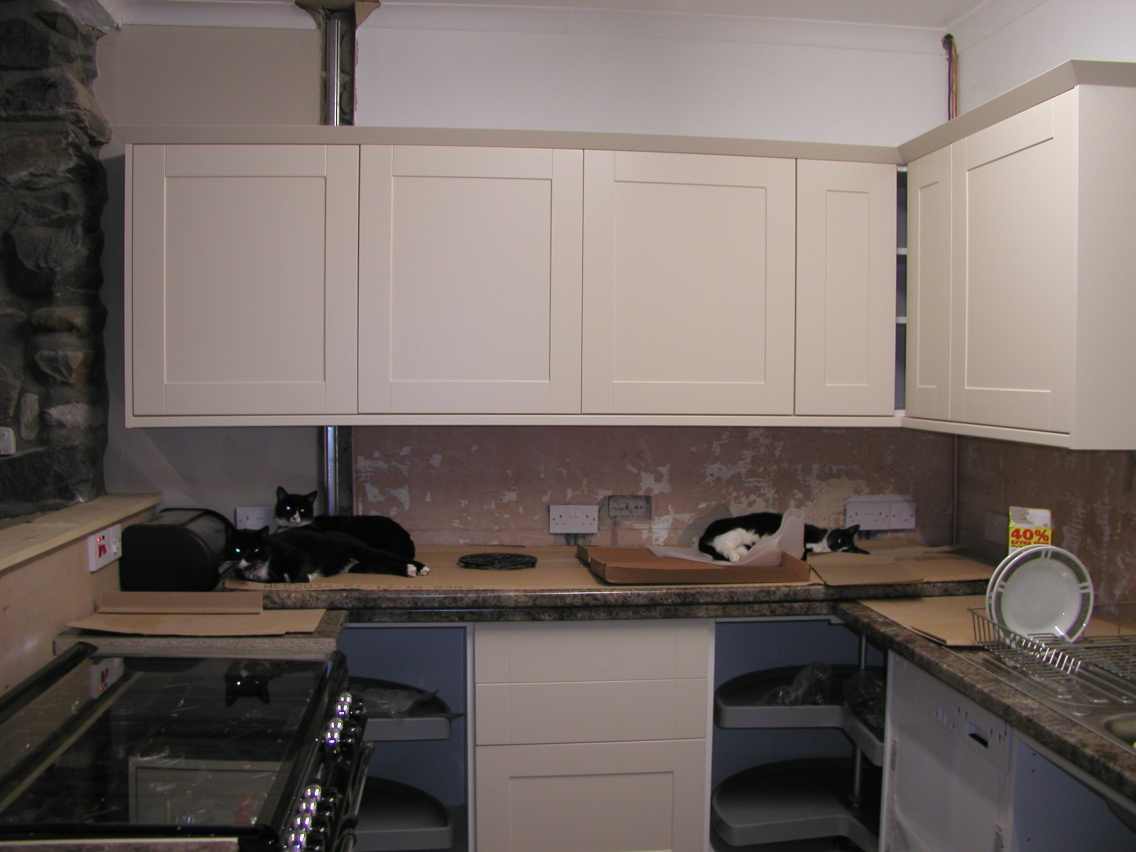 Cats in the kitchen 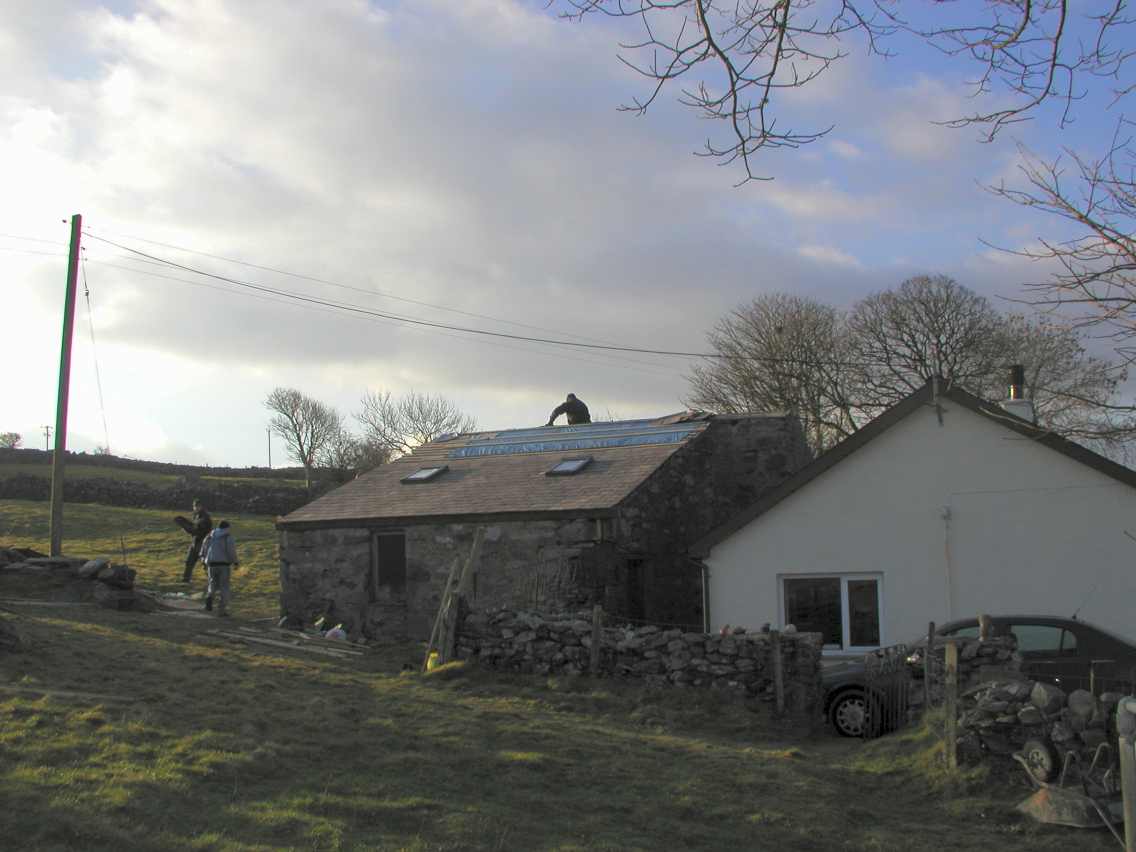 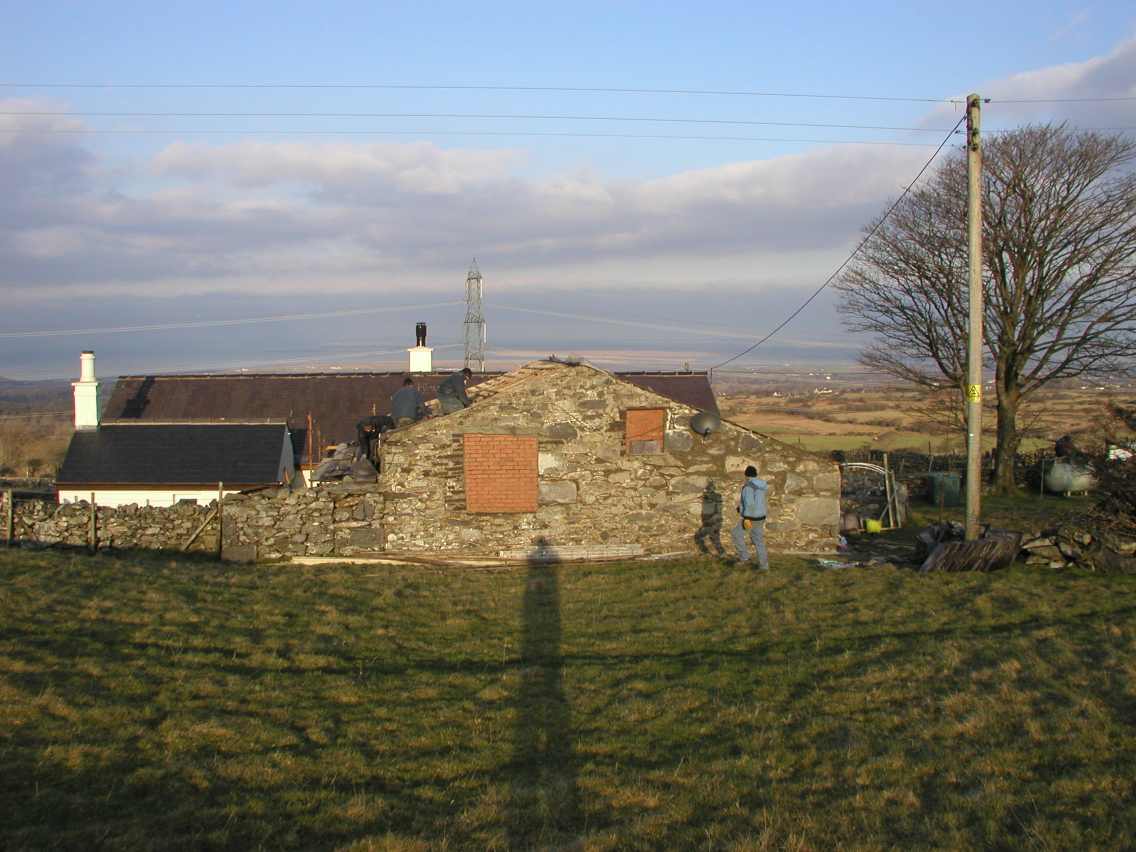 Men at work on the cowsheds 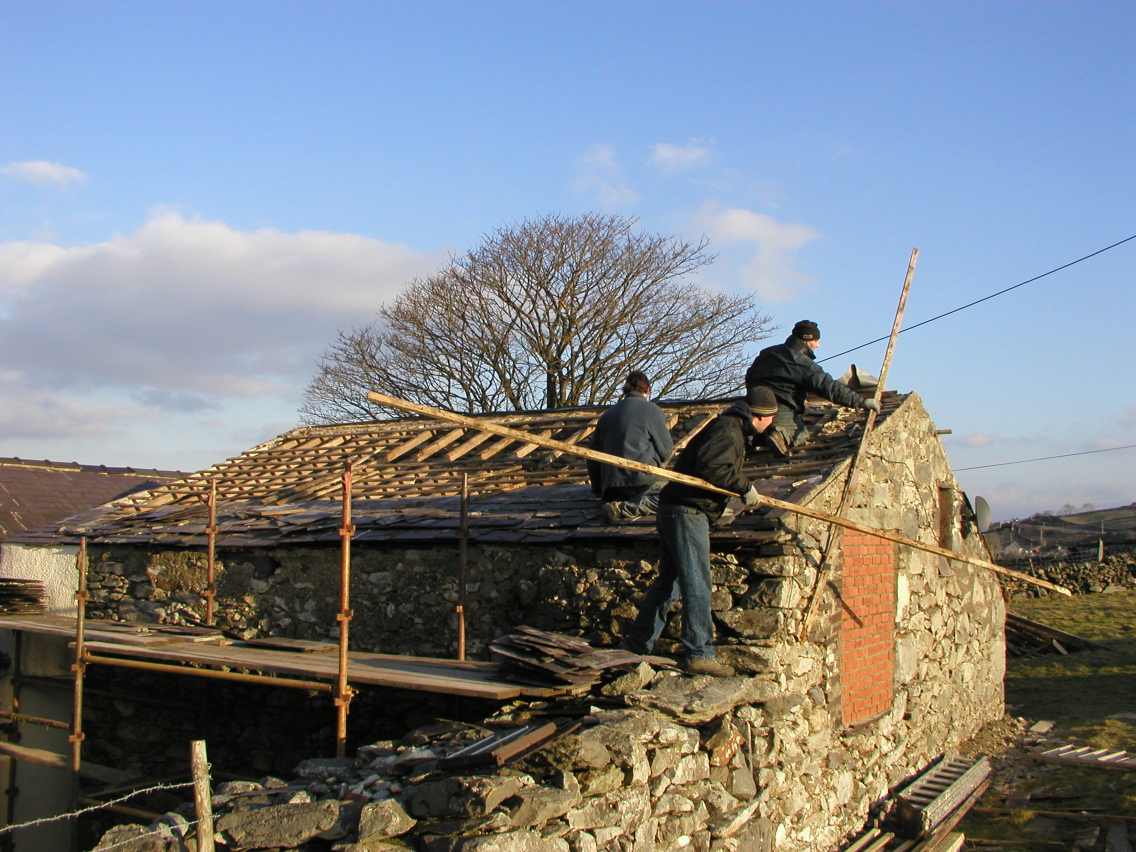 Removing the roof from the old cowshed

2 comments on “Living in a building site!”

Leave a Comment Here on Living in a building site! Cancel reply