In the absence of any vegetable growing, a bit of an update on progress here in Fron Dirion.

Val’s been busy decorating now that the kitchen is finished. I once did some decorating when she was in hospital and as soon as she was out and nearly fit she re-did it. A man’s got to know his limits!

Still, there’s plenty of little jobs for me to do not least of which is being the builder’s teaboy. When there’s five of them (2 with 2 sugars, 3 with none), well it all takes time.

We headed off to the reclamation yard in Groeslon the other day for slates.  This part of the cowshed had been covered with various sizes but my builders aren’t into higgledy-piggledy. I was a bit taken aback by the price – 140 slates at £1.40 each! Still we took him 83 slates that were bigger and he gave me about £70 trade in.

I think the price varies according to the size, what’s in stock and your command of Welsh. Since my Welsh comprises about 6 words at the moment and one of them is apparently a south Walian word so doesn’t count, I left the discussions to the builders.

So the half of the roof facing the lane was finished in a day. They’ve made a fabulous job of it, it’s as good as the house roof if not better.

Apparently you can buy Chinese slate cheap but the builders mutter about it not lasting, although I find it hard to believe they have inferior rocks in China. However, I do think it would be criminal to roof anything in Snowdonia surrounded by slate quarries with anything but local slate.

For the other side of the shed we needed yet more slates but it turned out he’d sold all the size we wanted. So they added extra battens and off we went to buy a different size, the same width but shorter. Anyway, when we went down the reclamation chap said they’ve another load coming in over the weekend and so we may well get the right size. If so we’ve added extra battens for nothing but at least the roof is now bomb proof!

Back inside they were replacing the lintel over one of the doors. Originally it had been wood but that had long rotted away leaving just a few bits of fibre and sawdust. The reinforced concrete replacement should last a bit longer.

I was working in my office, which is on the other side of the house when it shook to a loud crash. Yep, a bunch of stone had come down. Luckily the builder was OK, I guess they know when to jump, if a little pale around the gills. What’s scary is that it could have gone anytime, like when we were under it. Still, it’s in now and safe.

They’ve pointed up two of the walls now and they’re looking fabulous. It’s not just a decorative thing, though. The idea of re-pointing is to protect against the weather. Water getting in and freezing expands with tremendous force and can literally shatter concrete. So the pointing is being done with waterproof concrete and soon we’ll be weather tight and dry.

They’ve got a land drain to dig behind the sheds to stop the water from the hill side pushing through and tanking the back walls. Tanking is where they make the wall impervious to water penetration, usually done in cellars. Since the hill side slopes onto the back wall, ground level is about five feet above the internal floor.

The final task is to restore what was a hayloft into a mezzanine floor in one of the sheds and to install some plumbing so the washing machine can live out there.

As my neighbour said the other day “It costs a small fortune being self sufficient. Once you’ve got the infrastructure sorted you’ll be fine!” 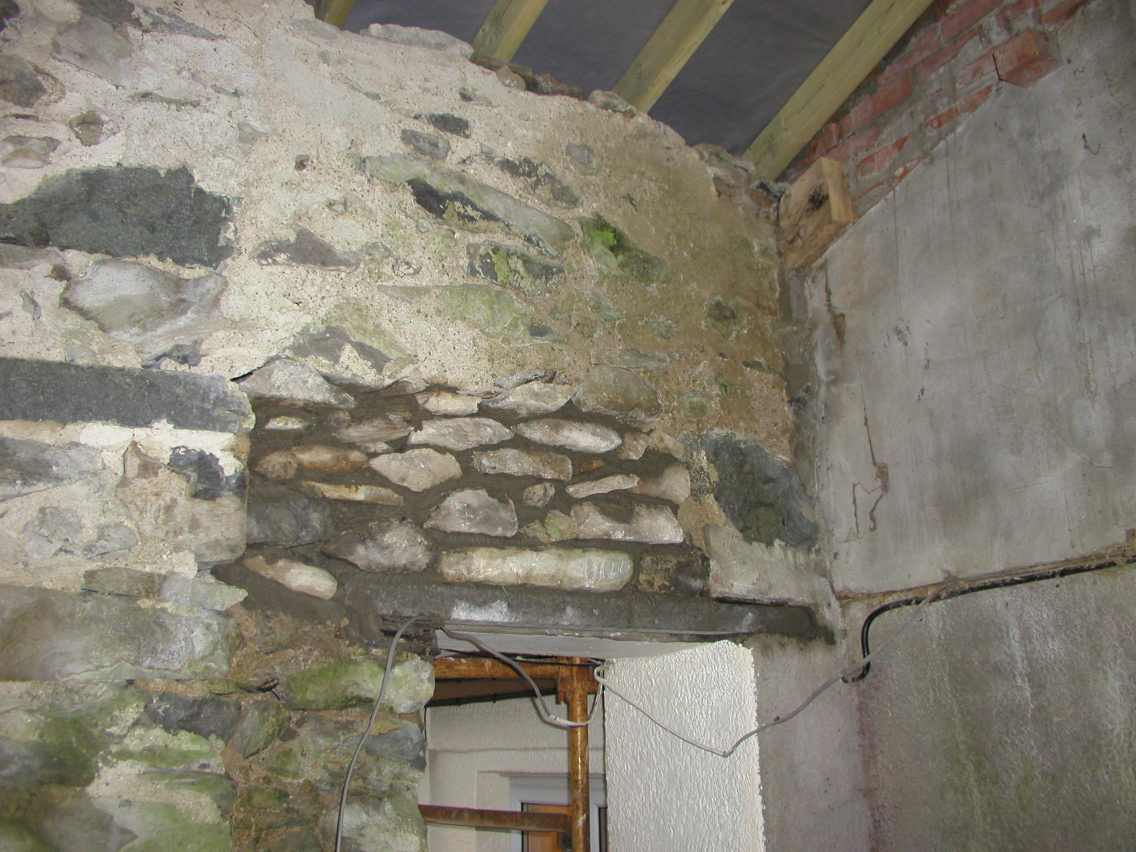 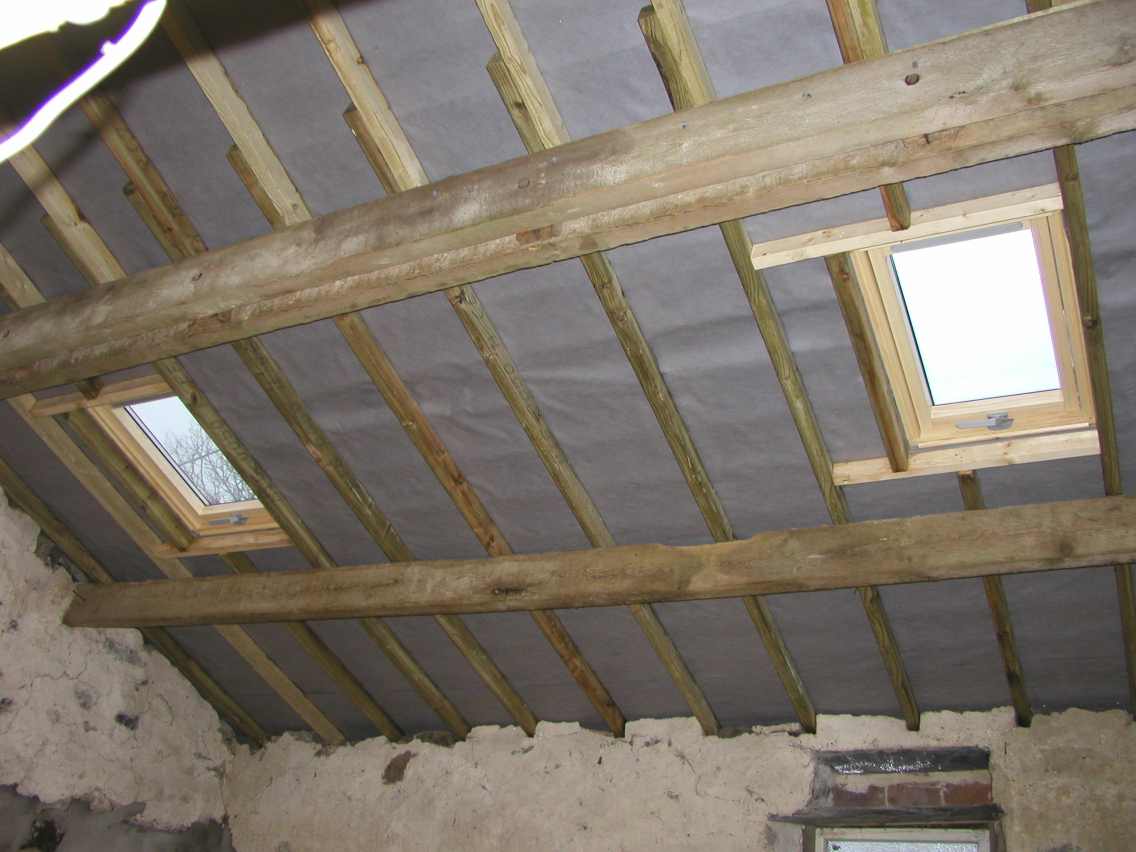 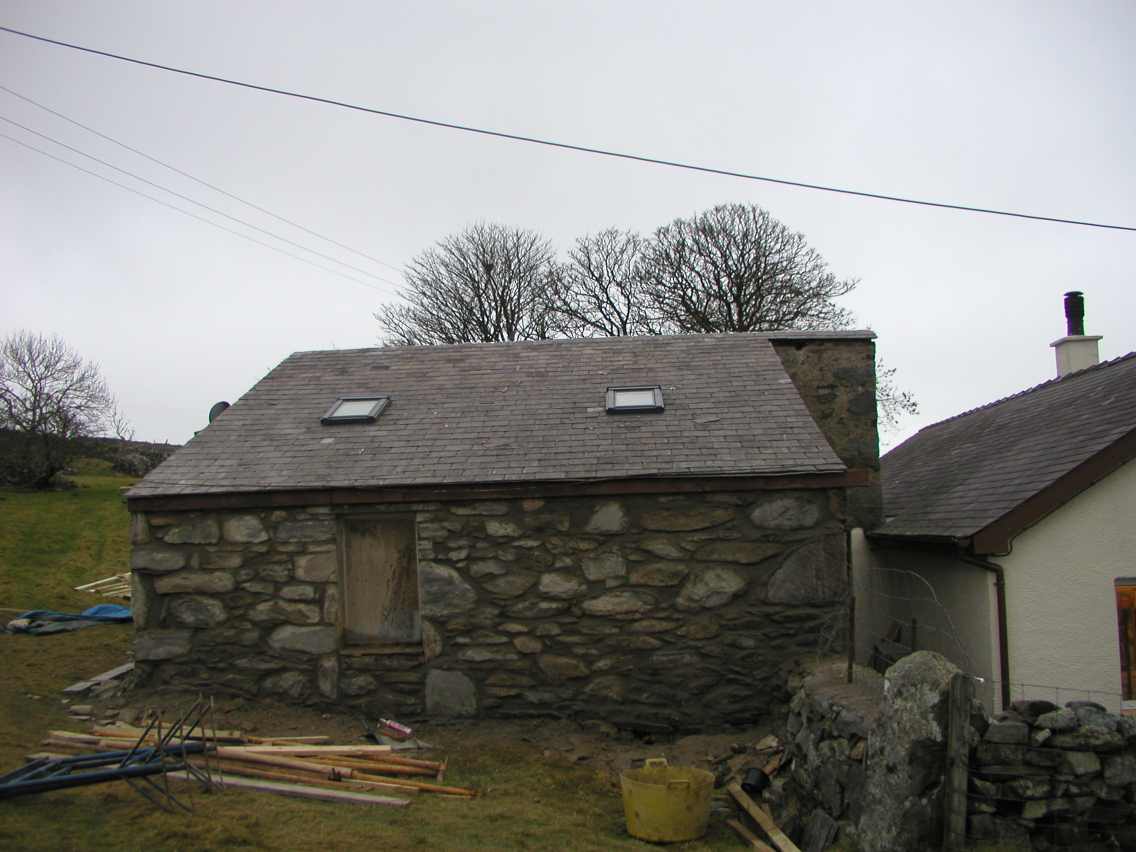 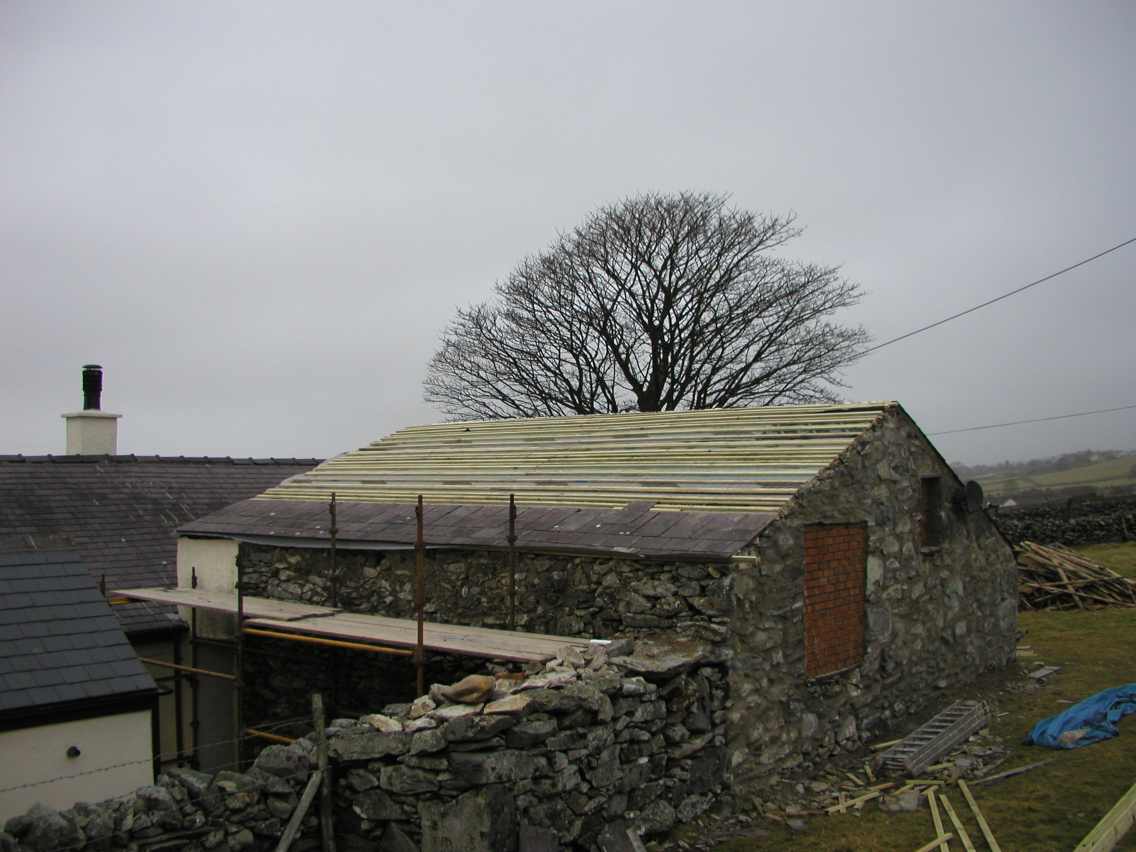