February has been a real winter month so far. There’s not a huge amount you can do in the great outdoors when the soil is frozen, soaking wet or under snow. As I write this we’ve got a few inches of snow again but it’s melting fast.

Indoors you can start off some crops now, although I’m always a bit wary of getting things going too early. Next month is when I’ll be really getting going. Yesterday though I had a great day out.

My good friend Dave Hampsey from the NVS picked me up at slightly after the crack of dawn and we headed off to Mold (Yr Wyddgrug) across the border in Wales where they were having a potato day.

Now this year we’re planning on moving so I was only intending to grow some first early potatoes. We’ve done really well with Swift over the last couple of years – they’re not just a ‘new potato’ but will grow on to quite a size if left in longer. They’re a reasonable all-rounder and we’ve successfully stored them past Christmas.

I’ve got a couple of kilos of them so I didn’t think I’d be buying anymore, but a day out with some like minded people was not to be missed.

When we arrived it was still pretty quiet, so I took a few snapshots before it got busy. There were long trestle tables with over 120 varieties of seed potato laid out. You could buy them in kilo bags or just individual tubers if you wanted.

Buying in small quantities you pay a bit more but you can try different ones out without filling up the entire vegetable plot. Some of the names of the heritage varieties are so evocative, to name a few:-

Now, although Val likes Swift, I’m rather partial to Arran Pilot so I picked up a kilo of them. I know they’re not a special heritage variety or suchlike but they’ve performed well on my plot in the past and I like them.

I’d just decided to buy a kilo of Charlotte, a waxy salad potato, when Dave pointed out they’d got Linzer Delicatesse. These are like Charlotte but with a thinner and smoother skin. He reckoned they were far superior if grown properly so back with the Charlotte and in with the Linzer Delicatesse. I’m looking forward to seeing how they taste for myself.

You could buy unusual (and usual) vegetable seeds there, but I’m well stocked and ready so resisted the urge to look. The problem with these days and seed catalogues is you can end up coming back with enough to fill a five acre field, never mind an allotment. Or maybe I’m just a kid with money in my pocket running riot in the sweet shop!

I had a quick look at display stand – I’m not sure who was running it but it was basically about green living, grow your own, insulate to use less energy, avoid waste. All subjects pretty dear to my heart. After I took the photo it got too busy to have a chat with the lady running the stand.

We had a cup of tea – you really can’t complain at a cup of tea in a proper cup with a biscuit for 10p – paid up and headed back across the border with our prize potatoes in the boot. 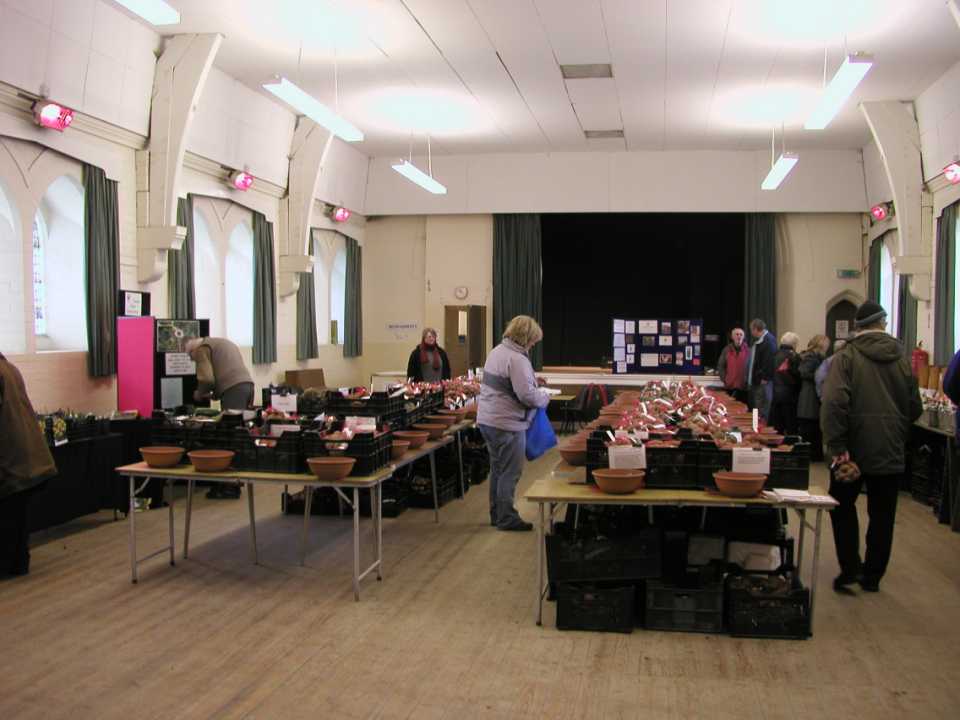 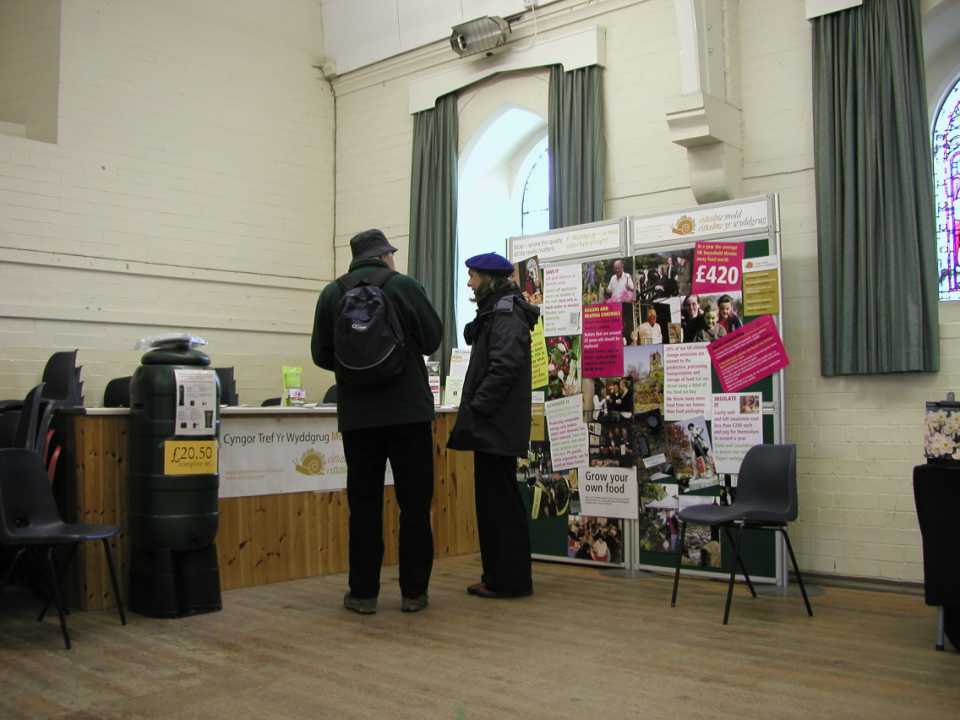