There are still some crops in the ground to harvest as required. This winter ‘veg box’ headed for my daughter. A nice savoy, some leeks, carrots and sprouts with some fresh herbs for a bouquet garni. Rosemary, thyme and bay. And yes, the ‘male’ carrot was a source of much giggling by my grandson. 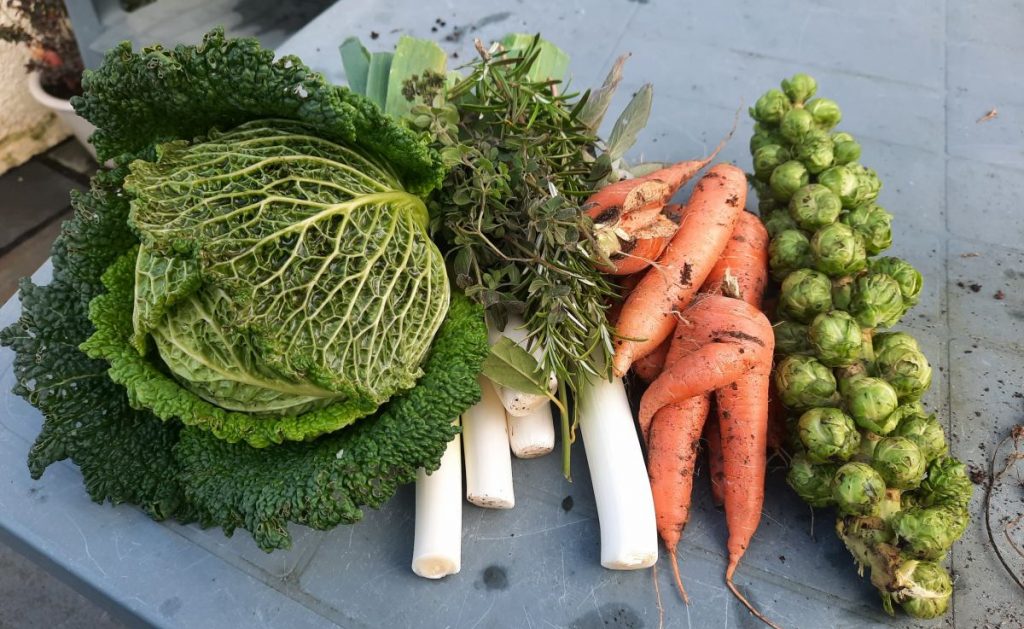 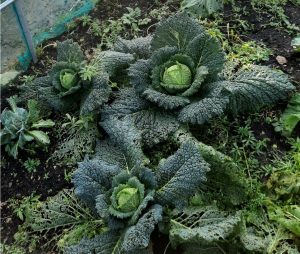 Savoy Cabbages in the Brassica Tunnel

The best savoys were in the field plot but a roaming pair of sheep enjoyed them for breakfast early one morning. Still, there were some spares in the brassica tunnel over in the walled plot. They’re respectable enough I suppose but those sheep better watch out if I catch them.

We’ve lots of carrots still in the polytunnel. Of course they can be grown well outside but they’re a little easier undercover with a longer season. It’s amazing how many carrots can be grown in a very small area, enough for us in a couple of square metres.

The best leeks by far were those grown in the polytunnel but the ones in the raised bed outside aren’t bad. You may recall I had a problem getting seed so they were very late sown. They’re nearly all gone now and when they are we’ll move onto the ones in the walled plot. 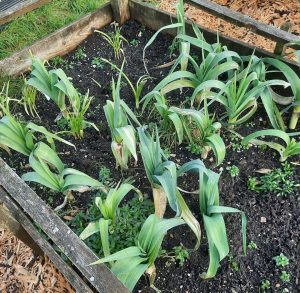 Last Leeks in the Raised Bed

I saw a piece on the news last night about a plan to make Wales more self-sufficient in vegetables. It’s quite shameful how much of our veggies are imported. OK, much of Wales isn’t ideal for fruit and veg production but apparently less than 0.1% of Wales’ land is used to grow vegetables. One shot the really struck me was a packet of leeks grown in Holland. In Wales! There’s an article on the BBC here

The sprouts are running down now, another under-rated vegetable. They may be a little fiddly to prepare but cooked properly a lovely green. Brussels sprouts freeze well too. Harvest and prepare then blanch for three minutes before freezing. Pack in portion bags so all you have to do is defrost prior to cooking.

Lockdown Getting Us Down

If I’m honest, the last couple of weeks haven’t been good. This lockdown life in the bunker is tough enough in the summer but with the short bad-weather days of winter keeping us indoors, it really gets you down.

On the plus side, you can feel things getting ready for spring. It won’t be long before we’re rushing about, sowing and planting again. And if all goes to plan with the immunisations life will be returning to normal by the summer.