It’s definitely spring and I can prove it! First we’ve gone past the spring equinox. The days are now longer than the nights and will get longer until the solstice. Second, the sun has been shining and it’s getting warmer. Whilst not definite on its own, a good sign. What’s really the clincher – the sheep are back in the field and they’ve got lambs with them. 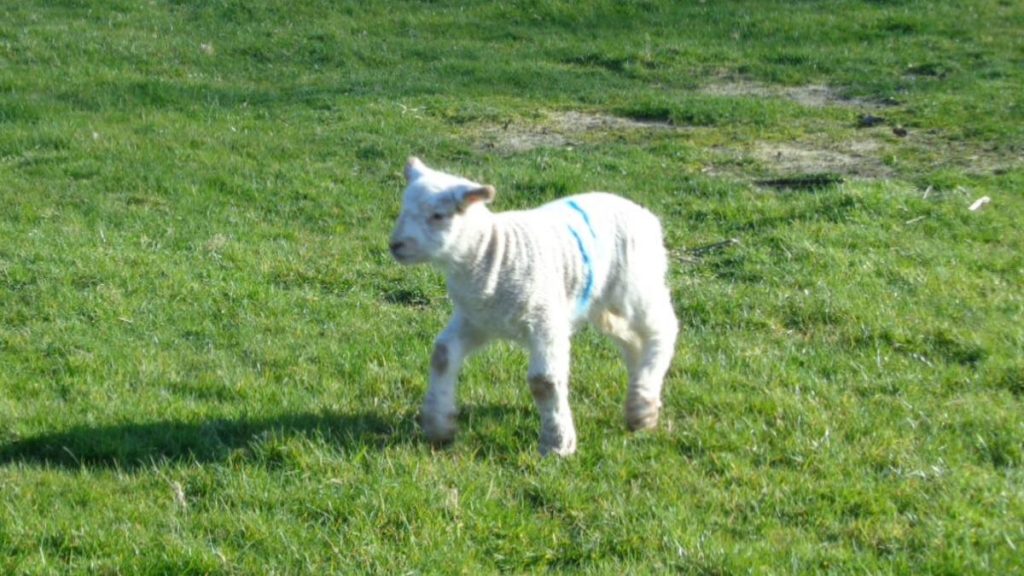 It must be spring – the new lambs are practising being cute

Help with the Muck Mountain

A pal came over to help out with moving the muck mountain donated by the farmer when he cleaned out the maternity hospital. My pal arrived wearing a mask and gloves. The mask is not to protect him but to protect others if he happened to be infectious but not ill. He’d used Hibiscrub on his hands before putting the gloves on.

It was very, very strange talking whilst keeping well apart. Six feet is minimum, a little more is safer still. I made a cuppa which he poured into his flask’s cup to drink. I said how weird this felt and almost silly – but was firmly told this is how we need to act.

He moved some of the muck mountain for me and repaired a stone wall the trailer had damaged delivering it. He’s a dab hand at dry stone walls and actually left it better than it was originally.

The tools he used; fork for the muck, lump hammer, wheelbarrow will get a spray with an anti-viral surface spray. This is easy to make at home. The ‘recipe’ is based on US Government advice so it should be effective. I’ve slightly increased the bleach they suggest but this is for objects, not hands.

Add 40 ml of bleach to 1 litre of water or a good tablespoon per pint. Mix well. That spray should kill the virus on surfaces. Just don’t use it on the tomatoes.

What is wrong with people? Are they stupid, suicidal or what? Holiday resorts and places like Snowdon have been heaving People trudging up the mountain like sardines in a tin. Some of the local people here in North Wales are blocking off car parks. Maybe that’s a bit extreme but understandable. Sometimes words fail me. As for those still panic buying, arghh!
If you don’t believe it – see this article on North Wales Live

Whilst my pal was working like a Trojan on the other side of the holding, I planted out the peas and beans I’d started under heat in the greenhouse. That gained room on the bench but Val and our daughter have stolen lots of space for flowery stuff. I’ll let them off, this time. 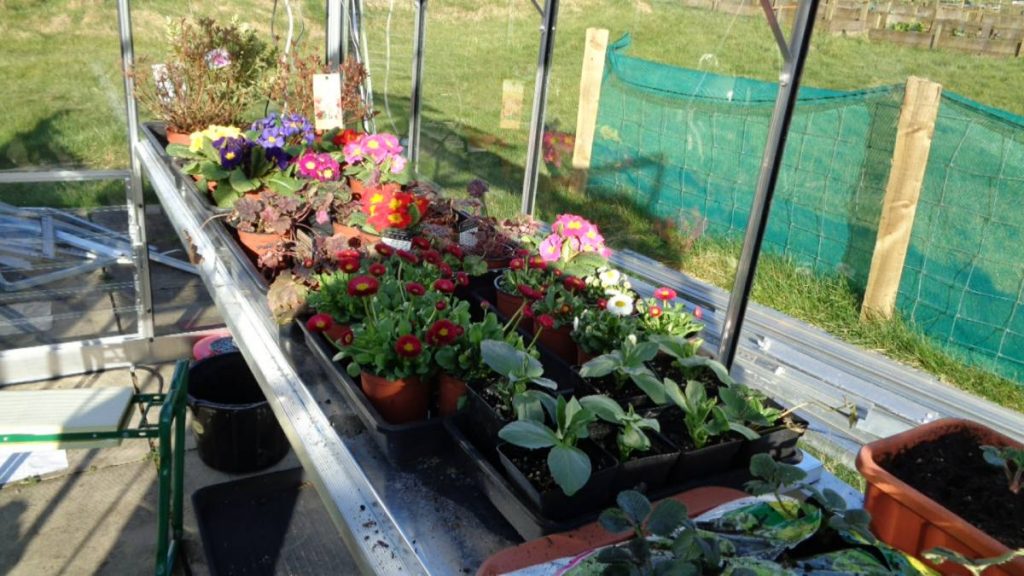 Women should be banned from the garden centre – this lot is inedible! 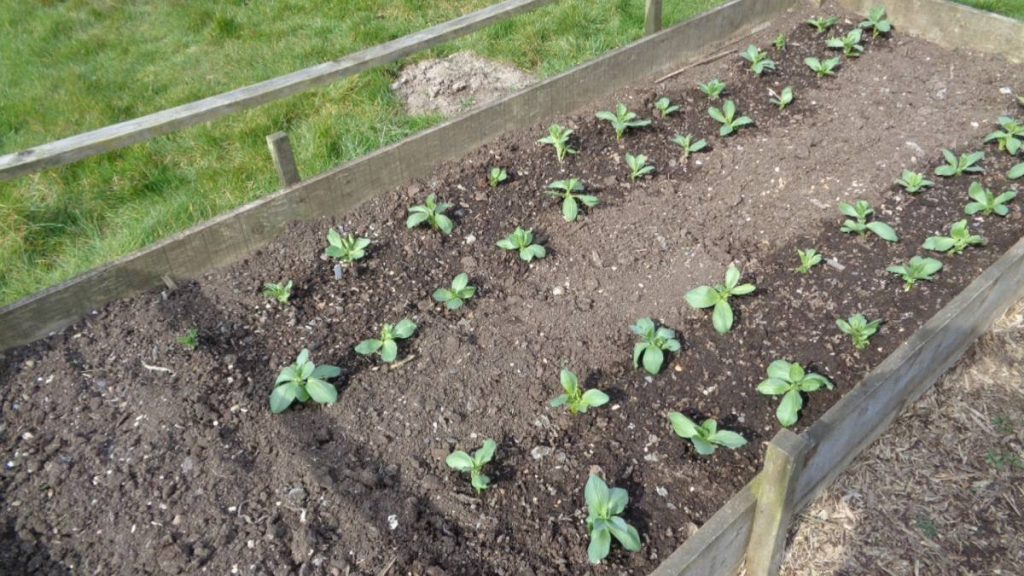 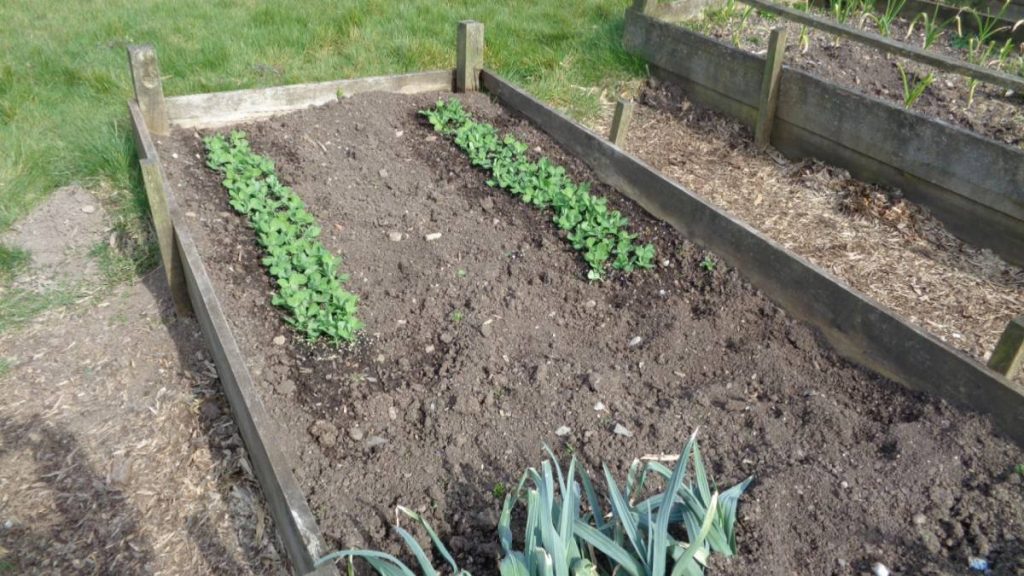 Douce de Provence Peas. Heeled in leeks at the end. 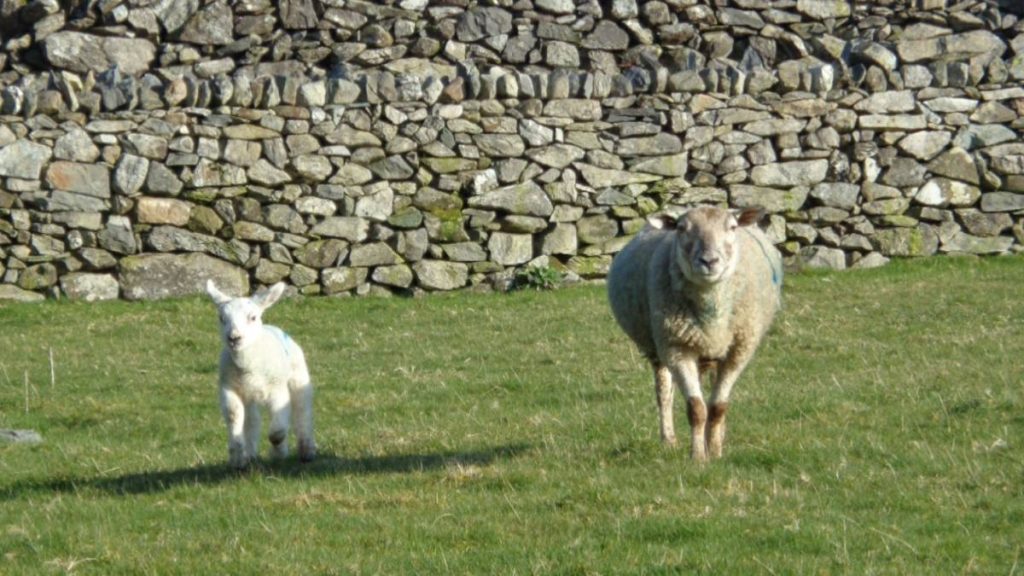 Lamb and her mum hoping I’ve a treat for them 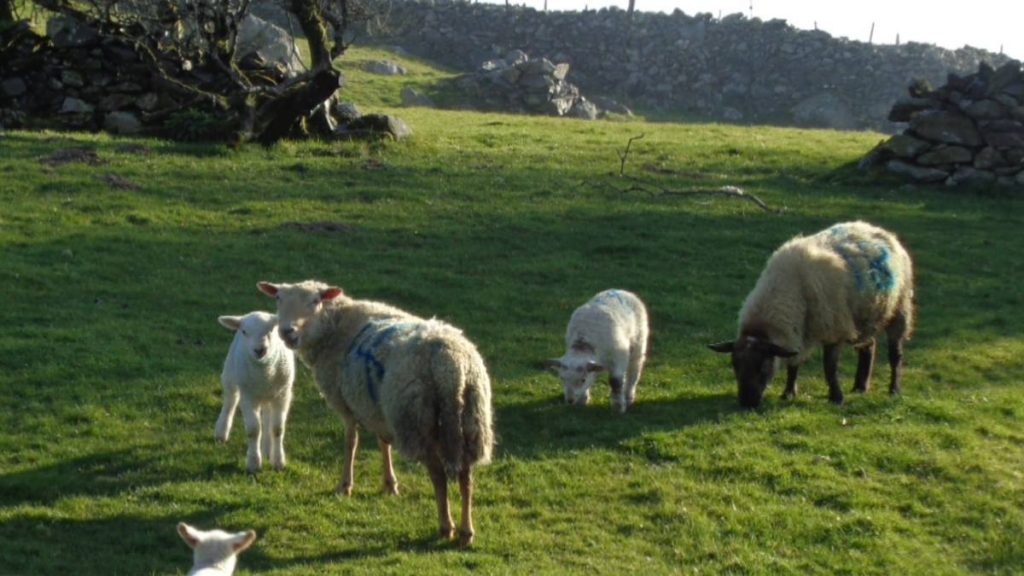 No social distancing for these guys!

Leave a Comment Here on 3 Signs of Spring Cancel reply