Prompted by a question from a reader,  a little article about cloches and their benefits for the home grower. 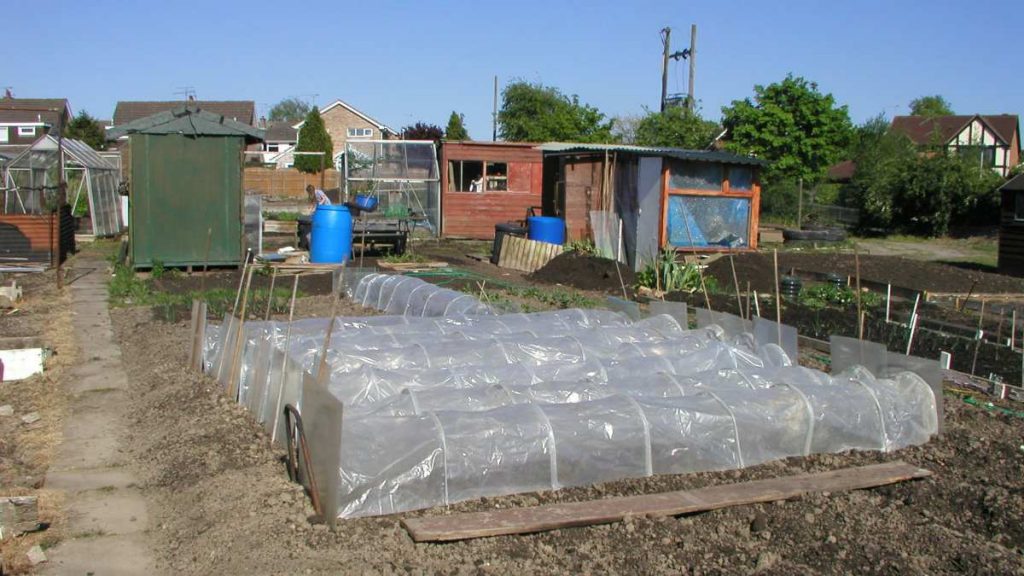 Sweetcorn Under Cloches in April

I have recently planted some garlic and onion sets they are now showing very nicely. However. I have them under cloches. Should I continue to leave them under the cloches or remove them?

Cloches are a great aid for the gardener, a mini-greenhouse with the advantages of growing directly in the soil. They create a warmer micro-climate, extending the growing season at both ends. They shield plants from the wind and resultant wind-chill as well as trapping warmth that would be lost at night. 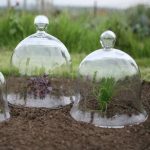 The Victorians well knew the benefits of cloches and used heavy glass bell jars to act as a cloche.

These were too expensive for home growers but not for the gardens supplying the ‘big house’ with fresh vegetables every day of the year.

Later linear cloches made from sheets of glass became popular, especially with market gardeners who could cover entire rows. 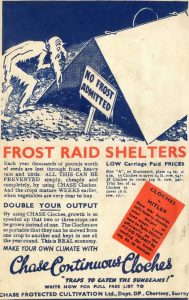 Sometime around the second world war, Chase invented and marketed the barn cloche which gave more headroom by joining four pieces of glass in a wire frame. It was fiddly to construct, but very effective and a lot cheaper than a full glasshouse for both home and commercial growers.

Nowadays we have wide range of cloches we can buy.  Plastic sheet and wire hoops create a polytunnel style cloche that can be deployed in minutes. Solid perspex cloches are also available that just sit on the soil.

A cloche won’t create a Mediterranean climate but it will increase the soil temperature by a couple of degrees and the air temperature by as much as five degrees. This means you can start plants outside like sweetcorn two or even three weeks earlier. That can be the difference between a good crop and no crop in northern areas.

Cloches also protect against birds which can devastate seedlings. When there are pigeons around, protection is vital.

Once established, the cloche can safely be removed to use on another crop. If you’ve no other use for the cloches and can ensure they’re getting enough water despite being covered, leave the cloches on. The improved micro-climate will bring the plants on better as they enjoy a mild winter even if it’s a harsh one in reality. If you need the cloches elsewhere, they’ll still be OK now that the plants are established.

Leave a Comment Here on Growing Under Cloches Cancel reply