As I said in my last post, the greenhouse build is bit two steps forward, one step back. I also mentioned that I needed to move the coldframes and fix the greenhouse to the base. 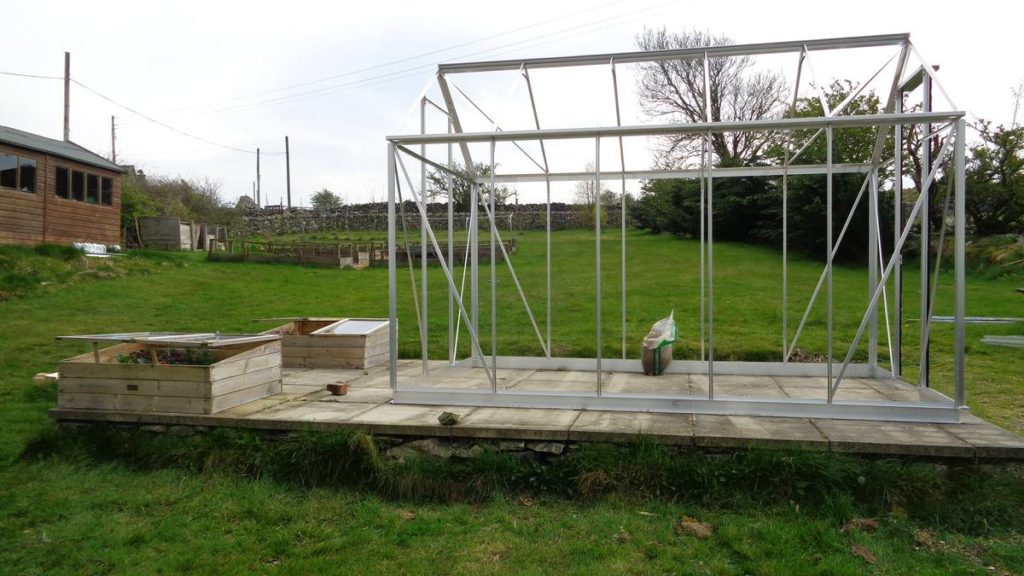 Greenhouse & Coldframes – Note the bag of sand holding down the free side.

Well overnight we had some wind and although it appeared OK, the greenhouse had moved a bit and the wind had shaken some of the pieces apart. Now the one thing I have learned here is to respect the wind and not put off fixing things down that need it.

So despite it being really cold with a biting wind, I got on with re-connecting various struts and bars, tightening up nuts an bolts etc. before fixing the corner plates. Once again the greenhouse felt stable.

Then the coldframes, which are also screwed down onto the base, were unscrewed, moved and new holes drilled into the base to enable them to be re-screwed down. One tool I invested in a few years back was an SDS drill. They are brilliant for drilling into brick, concrete and rock etc.

My old electric hammer drill would go into concrete or brick but granite defeated it. Our house and some outbuildings are stone built. The SDS is the only drill that will go into the stone. It goes through the concrete slabs like a hot knife through butter.

After a break for a hot soup, far more warming than tea, I positioned the greenhouse on the base with enough space on either side to easily stand when fitting the glass. Just one side is bolted down for now, which is enough to hold it firmly. The wind pressure on the frame is minor compared to when it is glazed.

Before I fix the other corners I need to ensure it is absolutely square and level. Otherwise the glass won’t sit properly and it will not have structural integrity. To check it’s square is easy enough with two people. You just measure the diagonals which need to be equal. Vertical is easy to do on your own with a spirit level. 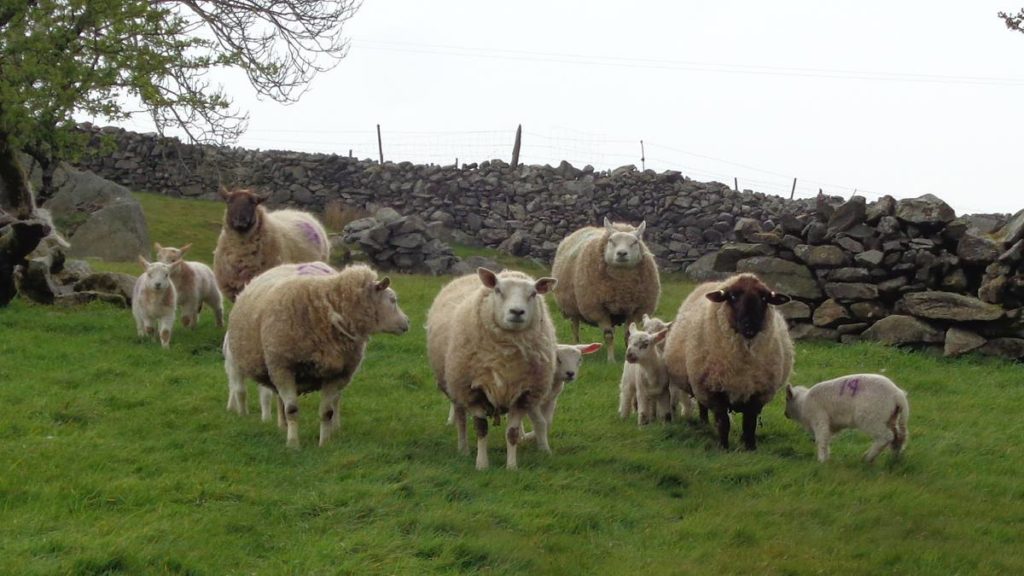 The chap across the road keeps his sheep on our back field. They’re Texels and they’ve lambed recently. Now I find it hard to describe Texels as an attractive breed, I think they look like a sheep crossed with a bulldog. They’re big sheep that always look as if they’re pregnant.

All they seem to do is slowly lumber around eating the grass and making weird grunting noises. On the other hand, they don’t jump over the fence to demolish a veg patch. That makes them the best breed in my book. 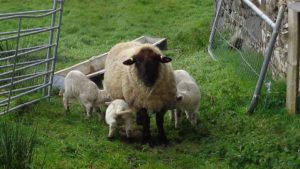 Well, after fixing the greenhouse I looked up the field and one was just lying there on her side without moving. I thought she was dead and was thinking about what would happen to her lambs – even Texel lambs are very cute.

So I called the farmer who came across and went to her. He took one of her back legs and rolled her over whereupon she jumped up and ran off!!

Basically she’d gone to sleep, rolled over and couldn’t get back up. So she was just lying there waiting to die. I reckon sheep are the most morose, suicidal creatures in creation after lemmings! Flipping her over onto her other side, which was downhill, made it easy for her to manoeuvre her big belly. You learn something every day.