Be Careful What You Wish For

Every year I look at the rain coming down and wish we could have another summer like 1976. Now we seem to be getting one and it’s not quite the same as when I was 21. I don’t recall giving a hosepipe ban a second thought then, even standpipes in the street weren’t a big deal. Being young, single and free I had other things on my mind! 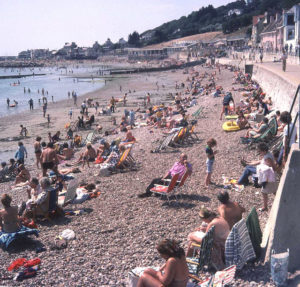 Now we sit in the shade and moan about it being too hot whilst worrying about how to cope if there is a hosepipe ban. Both the short-range and long-range forecasts are offering no respite. Not a cloud on the horizon. Although we haven’t a shortage of water in Wales as they do in the south eastern areas of Britain, it’s possible we’ll have a ban. Northern Ireland already has a hosepipe ban and they’re not known for lack of rain.

Water isn’t a resource we should waste. So I try to use it efficiently and get the most I can from watering and only water when I really need to. I check the soil is actually drying under the surface before watering and then give it a good soak.

Frequent light sprinkling is great for seedlings but for established plants a proper periodic soaking is better. If the soil is only wet on the surface the plants will develop shallow, vulnerable roots but a proper soak makes the roots go down and they’re far less likely to get killed by a couple of dry days. 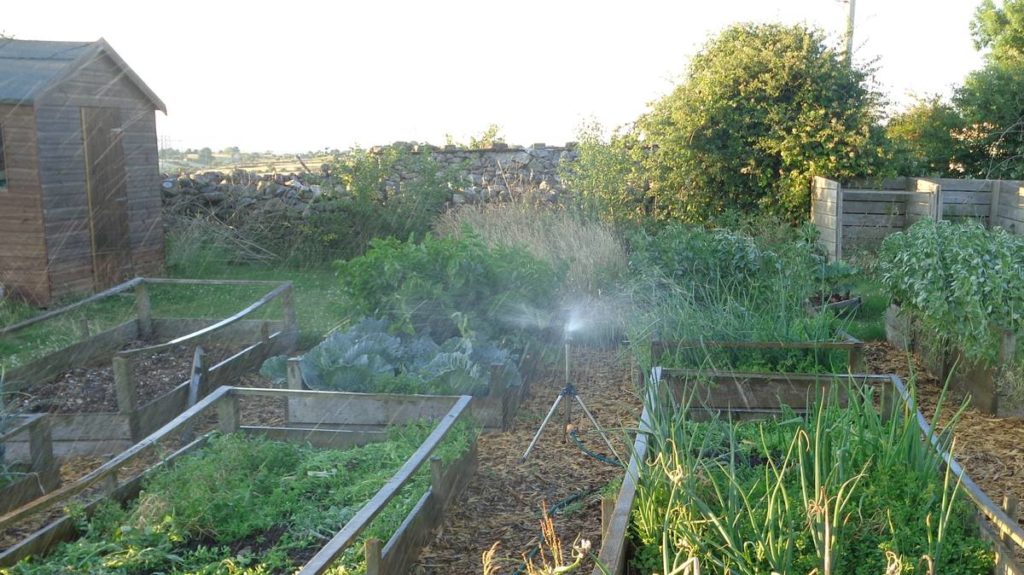 We spent three weeks in Barcelona with friends who lived there some years back. They were, of course, used to hot sunny weather with no rain to speak of. They’d quite a large veg plot – rows of outdoor tomatoes stuck in my memory.

They had it sorted; out onto the plot around 6 am and work through until midday. After around 10 am things did get a bit tough as the heat built up but we were younger then. Then a shower followed by long lunch and a lazy afternoon with a siesta followed until the temperatures started to fall in the evening.

The garden shower delivered solar heated warm water. No solar panels, the water was simply heated by running slowly through a black hosepipe into the tank above the shower.

Between the rows were irrigation channels and in the evening they would flood a section of the plot. The water would soak into the soil and the plants sent their roots down to get to the moisture.

Incidentally, watch out if you’ve left a hosepipe out in the sun. The water may be so hot as to scald your plants. Run it off into a water butt until the temperature drops.

Both the polytunnel and the greenhouse are over-heated. Despite shading the greenhouse, having the doors and louvres open day and night and automatic vent openers it hit 39ºC in the greenhouse.

The polytunnel’s double doors at front and rear are also open day and night. Happily I do have a way to drop the temperature when it gets unbearable – the misters. The super fine spray of cold mains water works well, dropping the temperature quickly. A good £10.00 investment from Ebay.

I’ve not been posting much recently. It’s not because I’ve nothing to report – I’ve been getting quite a bit done. It’s because I’m washed out in the heat by the time I get back indoors. Hopefully I’ll post a catch-up soon.

One comment on “Be Careful What You Wish For”