Well, as I hoped, the weather has turned fair again although there’s a definite chill in the air when the sun starts to sink. It’s often the way that the west has a decent end to the summer.

The greenhouse continues to produce but the plum Roma have only just started flowering so whether we’ll get any usable crop from them is in doubt. I’ve noticed that some tomatoes produce faster than others but not actually measured it. Roma can be extremely productive but you need to get them going early.

I’ve grown Roma outside, starting them under cloche, but they just seem to be getting into their stride when it’s season end. They’re very bulky, bush tomatoes and not ideal for the greenhouse but I reckon they’d do really well in a large polytunnel.

The herb garden has done well, the plants seem to have loved the hot summer and mostly luxuriated in the reflected heat from the stone mulch. Since their season was coming to an end and they were looking a bit straggly and unkempt, I gave them a haircut.

The lemon balm and sage have done exceptionally well as have the mints. The mints got cut right back and, because they’re constrained in bottomless pots to stop them taking over the world, given some liquid fertiliser to help them recover.

The trimmed foliage went through the shredder prior to adding to compost bin. It had stalled and wasn’t heating but they did the trick. The bigger the range of materials that go into the bin, the better for the end compost.

The benefit of compost isn’t just the humus and NPK, it’s the range of micro-nutrients, which are like vitamins to plants. You don’t need a lot but the lack of them weakens and eventually kills things. That’s why seaweed foliar feeds and calcified seaweed can have such a dramatic effect sometimes and at others makes no difference. A vitamin pill doesn’t help someone who has enough but a big effect on someone needing them.

The big job of improving the lawns was started. Lawns are the forgotten plant in many gardens. We happily mow them, often every week or even twice a week, removing the cuttings and never thinking that we’re removing the nutrients in those cuttings.

The kids run over it and we have the odd barbeque with people walking around compacting the ground. Even if we use some fertiliser, few consider the soil under the grass becoming more acid. Grass is tolerant but does far better with a pH of 6 than 5.

This compaction and acidification helps the growth of mosses and the cuttings we don’t cart away form a dense thatch mat, further stifle growth. So I’m going to scarify – which is a fancy way of saying raking out the thatch and moss. To combat the compaction, I’ll aerate by forking or slitting the soil.

Then I’ll give it an autumn feed, heavy in phosphates and potash, to encourage root growth followed by liming in winter. By next spring the grass should be in much better condition and also resistant to drought with a better root system.

The first step is to mow the lawn low. I like to keep the grass fairly high and don’t cut it as often as I should so cutting it low was a job spread over three days. Just reducing the mower from high to low isn’t on, it would clog and tear rather than cut so it’s a job done in stages.

Day one was a normal cut, fairly high. Day two I lowered the blades to the middle setting and on day three took a final cut. Now it’s ready to scarify – so Saturday it rained!

Sad News, farewell to a friend. 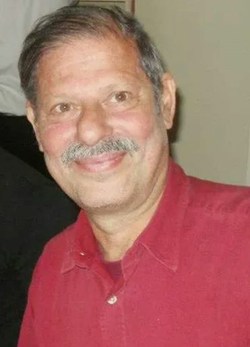 I had an email from the sister of our old friend Wali Hawes with the news that he’d passed away after having cancer. It was like a punch in the stomach, we’d no idea he was seriously ill although I knew he was having an operation and not looking forward to it in December last year.

Apparently, when diagnosed with his terminal illness, he’d not wanted his friends contacted. Over the last couple of months I’d become concerned, but not greatly as he would often drop off the radar only to return casually mentioning he’d been involved in a project in Japan or France or India.

He was an immensely talented ceramic artist – you can see some of his works and videos on his website which we’re maintaining. More than that, he was a good friend who left the world a richer place. Wali Hawes 1952 – 2014

As well as pottery, he absorbed cultures and wrote. I wrote to him bemoaning the wind, rain and misty low cloud and by return he sent a haiku from Japan to Fron Dirion

I’m looking through raindrops
The wind attempts to steal the slates off the roof.
Beyond the gate formless mist