Many councils are increasing rents well beyond the rate of inflation. Some see the popularity of allotments as a good way to milk them for a profit, others see increasing allotment rents as a way of driving out tenants leaving the land free for development.

Up to now my only advice for plot holders fighting rent rises has been to get the press interested and fight it on a political front. Incidentally, the councils to blame on this are as often in labour heartlands as tory strongholds.

So, I was really happy to get an email from Alex Mullins who is the Chairman of Eastleigh & District Allotments. We all owe Mr Mullins a vote of thanks since he didn’t just whine when Eastleigh Borough Council imposed a 60% rent rise on his allotments. From £25.00 a year to £40.00 in a stroke. He challenged them in the courts.

So, on 17th February 2012 Southampton County Court ruled against the council rent rises in Oct 2010. The case only started in November 2011. Mr Mullins tells me the case cost £50.00 to go to a Hearing, so well within any allotment association to fund.

The Court was not concerned with value but with rent rise percentages. In essence, the Judge ruled:

The Judge also relied on the ‘Harwood’ case but basically ruled that the Council could not raise rents for allotments without due regard to rises in other facilities offered by a Council.  He was particularly unimpressed with the Council witness stating that rents were raised to ‘reduce costs’.

The Judgement made it clear that the rulings made in the Harwood case were now established and that an Allotment rent rise should be similar to a rise imposed in all other recreational facilities offered by a Council. 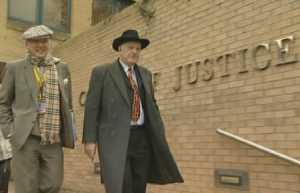