Bit of a damp week

Its not been the best week for weather, a snatch an hour before it rains again type of week. I’d been asked to do a little video presenting for a seed company including a bit on green manures. I’d sown the seed ages ago and the mustard was flowering, well overdue for digging in.

It seemed that every time we arranged the cameraman the rain would arrive in force. The original plan was Monday but the rain was bouncing off the ground when they rang to check. Tuesday wasn’t so bad though, I managed to do my piece to camera (ooh, learning the jargon!! Soon I’ll be calling people ‘darling’) before the rain came down.

Now, if I had the resources of the BBC, I’d have sown a number of plots in succession and we’d have made it look effortless. As it was, I just explained it was overdue for cutting and how to cope with that. Cut it down with shears or a strimmer and put the cut foliage onto the compost heap, digging in the rest.

The cameraman did me a favour as well, I needed a photograph of me and my Merry Tiller for a new book so he took that. To be accurate, like any professional, he took loads and then picked the best.

I have managed to do a little on the plot, mainly harvesting. It’s been a late year but we’ve finally got the tomato glut and a glut of peppers to go with it. The Incas plum tomatoes in the greenhouse (all the outdoor ones being blighted) are absolutely lovely. I’m not sure if they might be a bit too sweet for bottling though. The acid in tomatoes is important for keeping them safely when bottling and these might be a bit low. We cover bottling in depth and detail in How to Store Your Home Grown Produce.

Still, I just cut some in half, sprinkled with crushed garlic, salt and dried herbs before roasting. Delicious.

Val’s been busy in the kitchen as well. Most of the peppers were blanched and frozen. We’ve still quite a few on the plants for eating fresh. The chilli peppers are just strung and hung to dry.

We’re trying to run the freezers down prior to our moving. Bit of a forlorn hope though. Despite cutting back drastically this year, we’re adding to them nearly as fast as we eat from them!

One thing that is helping us to run them down is the lack of a car. Some kind person decided to reverse at high speed with her eyes closed into the back of our car in the car park. At first glance it didn’t look so bad but it turns out the tailgate and bumper need replacing.

It was taken away by the insurance company’s repairer who rang to say it would be 10 days before it was done. Frustrating. Things like ‘nipping down to the local shop’ are now a half hour walk. Long gone are the days where every other street boasted a corner shop selling anything and everything.

The French beans are basically finished now and the runner beans aren’t far behind. Apart from a few cabbages in the Wonderwall, there’s not much left to harvest this year. It’s just a matter of tidying up for whoever takes the plots on when we’re gone.

Everything seems to be going well on the moving front, although why lawyers have to write letters to each other in the days of email is beyond me. I suppose I should be glad they use the post rather than sending a man with the message in a cleft stick! 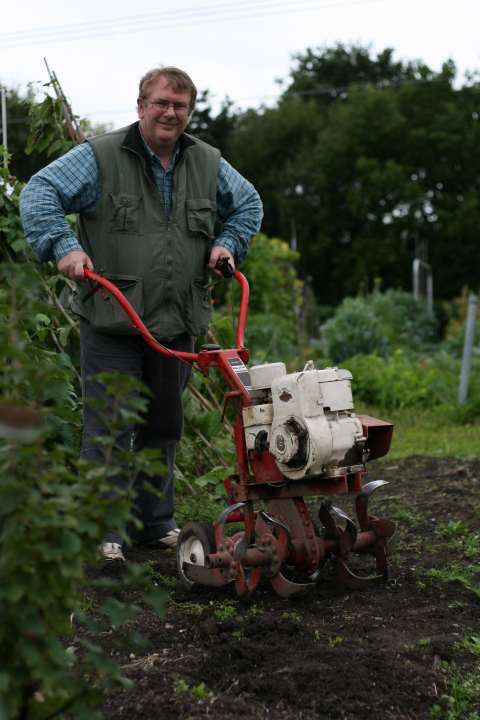 3 comments on “Bit of a damp week”