This is the five year crop rotation plan I try to follow myself. I say ‘try’ because there are always crops that don’t fit in so neatly and with those my main aim is to space the crops as far apart as reasonable to avoid disease and deficiencies. 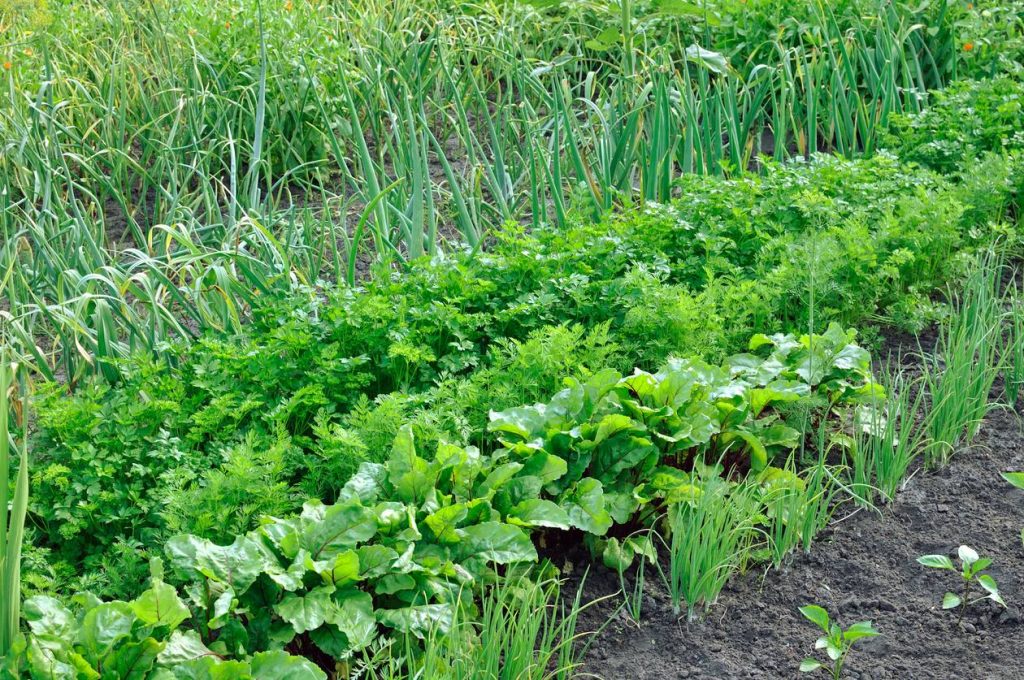 I start with the potatoes, the soil having been given a good amount of manure or compost the previous year. This reduces the need for fertilizers for the potatoes.

The potatoes are followed with a green manure crop of agricultural mustard.

The use of mustard as a green manure after the early potatoes hardens the cysts that contains the next generation of potato eelworm so preventing them from hatching easily. It should be noted that mustard is a brassica and this can cause problems on plots infected with clubroot.

When I got the dreaded clubroot I changed to applying some lime and rotovating it in to the soil using my Mantis tiller on lifting the first early potatoes in June / July. I then planted out leeks and French beans which are fast growing. On lifting the maincrop, lime that part of the plot and plant either field beans as a green manure or over-wintering broad beans.

Following the potatoes, in the winter the soil is limed heavily taking the ph up towards neutral. Although the brassicas like a high pH, meaning lots of lime, L D Hills contended it was more effective the second year after application. For this reason I follow with the legumes, the peas and beans. The legumes fix nitrogen and by composting the haulm but leaving the roots in the ground, you add a little to the nitrogen available.

You can cover all the bases with this rotation by liming just before the brassicas as well. Now you know they will definitely have enough lime and the extra benefit of the legume’s nitrogen. Ideally extra manure is added but not at the same time. This goes on in early winter and the second liming goes on in late winter or early spring.

Following the brassicas, the next crops are the sweetcorn and cucurbits, squashes and pumpkins, marrows and courgettes.

They take up a fair amount of space so equalling the space for potatoes and brassicas. Organic growers in particular should grow as many legumes as possible. Apart form the health benefits from using them as a protein source, even if you are not vegetarian, they benefit your plot by producing lots of foliage to convert to compost and that additional nitrogen.

The final group is the root crops, carrots, parsnips and turnips and the onion family.

Of course it never works perfectly, but it does give a long spacing between the main crops of potatoes and brassicas.

The list below should help clarify. A lot will depend on your actual requirements when you set up and use a rotation plan. The important part of your crop rotation is to keep things apart for as long as possible.

Keeping a plan of your plot and marking in what has been planted where will prove of great value over the years because you are unlikely to remember what was planted where after two years.

Run strawberries at the edge of the plots, looking to renew from runners every four years

From other families in the roots group:

NB: Turnips are actually a brassica but are not in the ground for long so unless clubroot is a massive problem can be safely grown out of the brassica group

The benefit of this four course rotation is the gap between each crop, especially the cabbages and potatoes, occupying the same ground is extended and the other crops in the rotation have more flexibility in position.

A lot will depend on your actual requirements when you set up and use a rotation plan. The important part of your crop rotation is to keep things apart for as long as possible. Keeping a plan of your plot and marking in what has been planted where will prove of great value over the years because you are unlikely to remember what was planted where after two years.