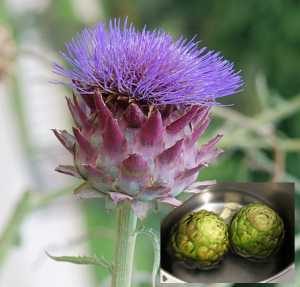 Globe artichokes are a member of the thistle family and grow into extremely large plants (1.5 m/5 feet) in diameter. However, they are an attractive plant and can provide an architectural centre point in the garden, although a demanding and sparse crop for the space taken up.

Pests and Problems with Globe Artichokes

Globe artichokes can be used in various recipes and frozen. However, they’re considered a gourmet dish, prepared in this way: