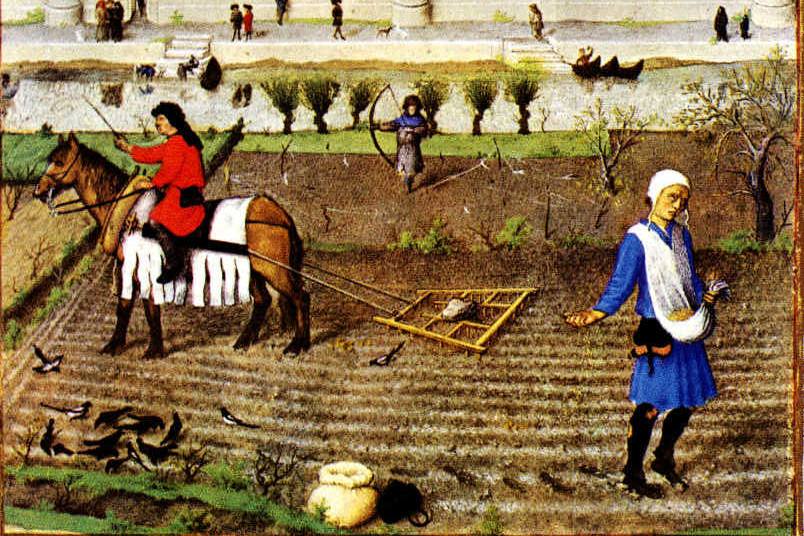 If you grow the same crop in the same place year after year you will get a build up of pests and diseases specific to that crop. Different crops take different levels of nutrients from the soil and inevitably these become unbalanced, exhausting one nutrient but leaving a lot of another. This is often referred to as a ‘sick soil’. Even the addition of fertilizers is unlikely to help since it is likely the trace elements and micro-nutrients are depleted in the same way.

Some gardeners persist in growing their runner beans or onions in the same place each year but it has been proven this is not a good idea – not every old fashioned method is good!

Rotating crops will reduce losses to pest and disease. Combine this with bettter use of nutrients and you will find increased yields from the same area of land.

What is Crop Rotation?

A basic principle of crop rotation is not to grow the same thing in the same place two years running. In fact, the larger the gap between a crop occupying the same piece of ground the better. Some pests may be present at high levels initially but a gap of three or four years will see their numbers fall to acceptable levels without a host to sustain them.

Who Invented Crop Rotation and When?

The concept of crop rotation goes into prehistory so answering the question of who invented crop rotation and when is not easy. Early crop rotation methods were mentioned in Roman literature, and from the Middle Ages to the 18th Century a three year rotation was practised by farmers including a fallow year.

Then a four year rotation came into use, promoted in Britain by Charles Townshend, Viscount in the 1700’s. Because he introduced turnips into the rotation his nickname was Turnip Townshend

Over in the USA, George Washington Carver was instrumental in introducing crop rotation into the southern states where the monoculture permanent growth of cotton was depleting the soil and increasing pest populations. By rotating with peanuts and sweet potatoes he provided the means for growing alternative cash crops and increasing yields of all crops.

By 1951 in Britain, Newman Turner was promoting an eight course crop rotation for organic farmers in his book Fertility Farming. Although out of print and hard to obtain you can read it online here

Some crops really sit outside of the crop rotation. Those in permanent beds such as rhubarb, comfrey and asparagus obviously do not need to be considered and some crops do not easily fit in like cucurbits – the cucumber family that includes pumpkins, marrows and squashes.

Not all Crops Rotate

These do have their place though, filling in where a crop does not fill its assigned space in the rotation. Even with these crops it is a good idea not to grow them in the same place two years running if it can be avoided.

Some crops may surprise you in that they fall into a rotational group you might not expect. Swedes being a root crop, you would naturally think of them as falling in with the carrots and parsnips but they are actually a brassica. The chart showing the crops in their groups will be helpful for planning your own rotation.

General crop rotation plans are fine but what if you do not like onions and garlic? Or you only have a small plot and don’t bother with maincrop potatoes? Then you need to plan your own rotation following the basic principles of crop rotation.