Growing Parsnips – How to Grow Parsnips

How to Grow Parsnips – A Guide to Growing Parsnips 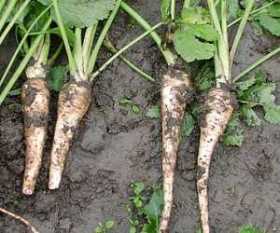 Parsnip seed does not store beyond a year, so discard any seeds you don’t use after opening the packet. Suitable for container growing in large pots or tubs, or in borders as long as the soil is not too heavy. Choose varieties bred for close spacing.

The flavour of parsnips is improved by a couple of good frosts towards the end of the growing period.

Pests and Problems with Parsnips 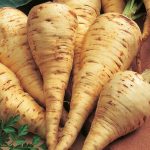 Parsnips are notorious for being difficult to germinate. Even under controlled test conditions the results from the same batch of seed can be variable. Germination can take anything from a week to month. These parsnip germination tips, some...