Growing Romanesco – How to Grow Romanesco

How to Grow Romanesco – A Guide to Growing Romanesco 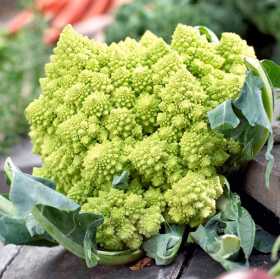 Romanesco has aspects of both calabrese and cauliflower; it dates from 500 years ago in Italy and was originally called Romanesco broccoli. Sometimes it is also called broccoflower – but this name is used more widely to describe all green-coloured cauliflower varieties.

It has unusual spiral, lime-green florets with a crisp texture and distinctive flavour.