12 Tips for Success with Leafy Brassicas

Many growers find it difficult to grow the leafy brassicas – cauliflowers, cabbage, calabrese, broccoli, sprouts – but if you follow these tips carefully you’ll be able to grow great crops.

The real secret to success with any plant is attention to detail. So here are 12 tips that will ensure you get success with leafy brassicas. 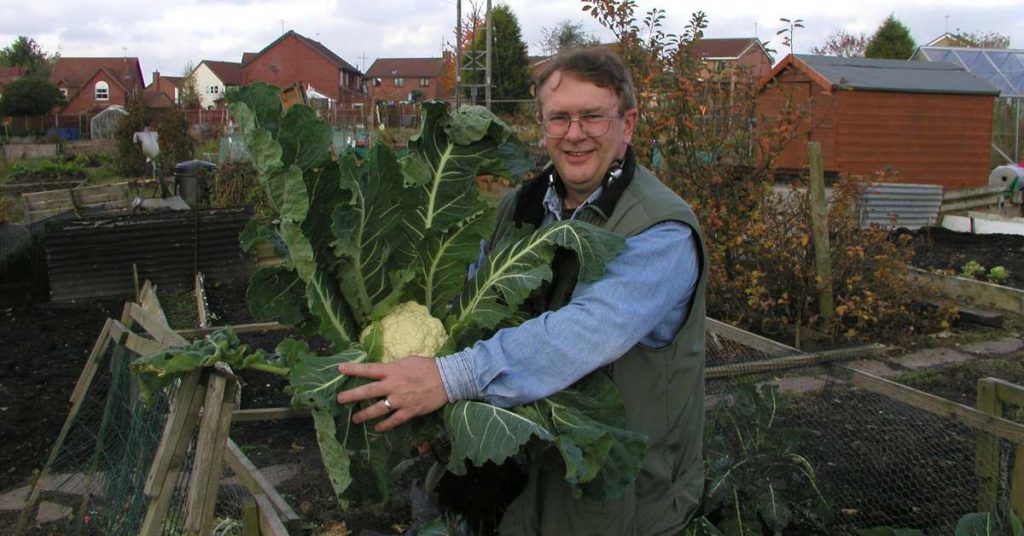 With cauliflowers and cabbage particularly varieties have been developed to sow and mature at different times of the year. Some develop to maturity quickly and some are bred to mature slowly over winter. Check the seed catalogue and packet and sow at the correct time.

Brassicas are a cool weather crop but surprisingly they germinate much faster and more reliably at temperatures between 25º and 30º C If you have a heated propagator use that or use a warm windowsill inside the house. Once germinated you can allow the temperature to fall to normal.

Brassicas really love a soil with a high pH. Most commercial potting composts have a pH around 5.5 which they will grow in but they’ll do better if the pH is raised to 6.5 or 7. So put a layer of compost about 5 cm thick on the potting bench and dust with garden lime until the surface looks like it’s snowed lightly. Mix it thoroughly.

It doesn’t matter at the start as the seeds will power initial growth but once they move up from seed tray to pots they like a rich growing medium. Adding a little fish, blood and bone fertiliser to the compost will help power growth.

Prick out from the seed tray taking care not to damage the roots and remembering only to handle by the leaves – not the stem. Plant slightly deeper into the pot or module. Move on to the next size pot as soon as the roots start to show at the bottom of the pot.

It’s better to move up pot sizes by stages rather than transplant straight into a large pot. On each move, plant a little deeper so the compost comes higher up the stem.

When planting out into the final position, dig a hole about twice the size of the pot and dust the hole with lime. Mix the soil with compost and firm the plant in. It’s said that brassicas like firm soil but the truth is they hate being rocked by the wind so firming in prevents that.

When moving from shelter to outside, don’t shock the plants with a big drop in temperature. Harden them off by initially putting outside in the day taking them back in for the night.
Alternatively, move them to a coldframe or a very sheltered spot for a few days prior to the final planting out.

The real secret of growing good brassicas is in the soil. They have a lot of leaf area and need a high level of nitrogen to fuel the growth along with all the basic nutrients. The best growers add as much as 2 wheelbarrow loads of rotted manure to each square metre of soil. This is mixed into the top 30 cm with a fork or rotavator in the autumn.

Brassicas are very deep rooting plants. The roots concentrate in the top 50 cm of the soil but have been shown to go down to 1.2 metres if the soil allows. For the roots to grow easily they need a well worked soil which holds water and supplies air to the roots. If you can work at least the top 50 cm you are well on the way to growing great brassicas.

The brassica family do not like an acid soil – they will give of their best when the soil’s ph is 6.5 or above. This is easily achieved by adding lime in the spring.

It’s often said that brassicas like firm soil and transplants should be heeled-in to firm them in the soil. Good advice as far as it goes but it often results in damaged seedlings and compacted soil restricting growth.

The thing is that brassicas are susceptible to windrock which is where the wind rocks the plant breaking the minute feeding hairs on the roots. At best this hinders growth and at worse kills the plant.

If they are sheltered from the wind so they don’t rock, growth will be much better. I grow mine in a net tunnel which reduces the wind by half. Windbreak fencing can work well.

Brussels sprouts are very susceptible to windrock. If they’re in the open try earthing up the stem, staking or growing in triangles and tying the plants together so they support each other.

Feed and Water as Necessary

Because they such hungry plants they can run out of food before they’re mature. If they start showing yellowing or purpling leaves try feeding with a liquid feed that is high in nitrogen.

Soil that has had good quantities of compost and manure should be fine for trace elements but if you find brown patches on a cauliflower curd that may be a boron deficiency. Soils short on magnesium are difficult for brassicas as magnesium is needed to enable the plant to process nitrogen. Try giving a liquid feed of trace elements (Chempack) to cure deficiency problems.

Planting far enough apart is vital to growing good brassicas. When you first put them in their final place they look lost and lonely, all on their own. Don’t be tempted to squeeze more in, they will soon fill up.

Just as the roots go down further than you may think, they also spread further. Typically a cabbage with leaves reaching to 35 cm from the central stem may have roots reaching 75 cm from the stem.

Since varieties vary, check the seed packet for spacing recommendations and follow them.

Brassicas being nutritious do attract a range of pests from slugs and cabbage fly maggots to aphids and caterpillars. They also suffer from club root if the spores are in the ground. Take appropriate action to protect them.

These hungry plants do not want competition for nutrients from weeds so keep on top of the weeds. Be careful when hoeing though, brassicas have quite a few roots near the surface which are susceptible to damage.

Mulching can be useful to keep weeds from growing but beware providing hiding places for slugs.

Once ready to harvest, harvest! With cauliflower and calabrese leaving the curds too long will result in them going over and flowering. In effect we eat the flower head just prior to it opening.

Cabbages left too long may well bolt and the longer the plant sits the more chance of pests getting at them,