Growing Cabbage – How to Grow Cabbage

How to Grow Cabbage – A Guide to Growing Cabbage 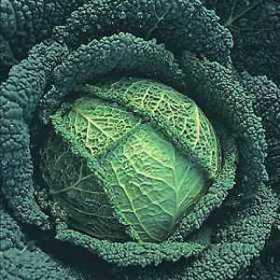 The oldest cultivated vegetable was the pea but cabbage was not far behind. Not only is cabbage highly nutritious but it can be stored for a number of months without any processing and by fermenting into sauerkraut becomes a foodstuff that will store for a year.

Whilst sauerkraut was a central European staple winter food in the far east the Korean staple was and is Kim Chi which is loosely a sauerkraut with added spice making it hot. The cabbage is high in vitamin C even when processed which is why the Dutch navy used to take sauerkraut to sea as the British navy took limes to prevent scurvy.

Raw cabbage contains between 150 and 200 Mg per 100g of vitamin C, 0.50 Mg per 100g of Niacin (Vitamin B3) as well as Vitamin A, thiamine (Vitamin B1), riboflavin (Vitamin B2) and Pantothenic acid (Vitamin B5) and Vitamin K. That’s nearly twice the vitamin C of an apple or orange and four times that of the potato, making it a very healthy part of our diet.

Don’t be put off cabbage by memories of over-cooked, soggy pale greens sitting on the side of the plate like a particularly foul medicine when you were young. Properly cooked cabbage is actually a delicious as well as healthy vegetable. Check my quick (and healthy) way to cook cabbage that avoids ‘cabbage smell’ pervading the house.

Cooking will actually halve the vitamin C and Niacin in cabbage as well as destroying the other B vitamins so raw cabbage in salad or shredded cabbage mixed with other ingredients and mayonnaise to make delicious coleslaw is extremely good for you.

Cabbages, having been bred by man for so many years are available in many varieties ranging from quite small in size like Pixie and Minicole to giant cabbages like Brigadier that can reach 6.5Kg.

Cabbages come in two colours, red and green with green usually being described as white (I don’t know why) and different shapes ranging from smooth leaved, tightly-wrapped ball-head cabbages to pointed more open leaved collards and of course the superbly flavoured savoy cabbages. Finally the Chinese cabbages like Pak Choi that are so different from the other cabbages they are cultivated differently.

It is quite possible to enjoy fresh cabbage on any day of the year by planning and sowing correctly. When choosing varieties to grow you can buy spring, summer and winter cabbage. The season describes their cutting period not their sowing times and summer cabbages may well last to be cut in the autumn.

We cover the different types of cabbage and our recommended varieties here: Types of Cabbage

Cabbages are started from seed but the average seed packet contains anything from 40 to 400 seeds although the average family would be hard pressed to eat more than a couple of dozen cabbages in a year. Happily the seeds can be stored for 5 years in the correct conditions and you can seed swap with a neighbour to avoid waste.

It was usual to start cabbages in a seed bed and dig up and transplant when large enough to the final position. Whilst effective, this does put the seedlings at risk from pests ranging from slugs and snails to pigeons arriving from the sky pretending to be a plague of locusts.

When to sow will depend on the variety For example, the late summer varieties will be sown in February under glass but winter varieties are sown in April and May.

My method is to start off the cabbages by sowing in modules and reducing to one plant per module. Then the module is pot-planted and possibly potted on again before being planted out as covered in the article on growing cabbages on clubroot infected land. There’s also an article on general brassica growing which is totally applicable to cabbages along with an article on the fertiliser requirements of cabbages.

Cabbages being the definitive brassica suffer from the shared problems of the family and these articles will assist: Brassica Pests & Problems, Cabbage Root Fly, Clubroot and growing on clubroot infected soil.

Like the other brassicas the Chinese cabbages like a rich soil with a high pH – neutral at least. But they are different to the other cabbages in that they do not like being transplanted and are best sown in situ.

Sow about 3 or 4 seeds at 30cm spacing each way, usually in May although some fast growing varieties can go in as late as early August and thin to the strongest seedling. Harvest is from late September to min-November.

The biggest problem with Chinese cabbage is bolting and providing some shade can prevent this in a hot summer.

Harvesting is simple, just cut the head off the stalk and remove loose outer leaves. A bread knife is useful for this. However, it is good practice to fork up and remove any roots as soon as possible as these can provide sustenance for pests and disease.

Smash tough stalks with a lump hammer or pass through a shredder before composting. If you have clubroot dispose of the roots either as waste or by burning.

Cabbage Tip for a Bonus Crop

Cut the head off but leave the stalk in position with a few leaves when harvesting spring and early summer cabbages. Make a cross shaped cut in the top of the stalk about a centimetre deep. Feed with some high nitrogen fertiliser and water well. Often the plant will reward you with 4 baby cabbages a month or two later for almost no effort at all. 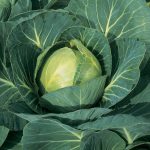 Types of Cabbage - Growing Cabbages All Year Round

Cabbages have formed an important part of our diet for thousands of years as a staple food, rich in vitamin C, both in Europe and the far-east. It is possible to have fresh cabbage all the year round (assuming the snow isn't too deep or the ice too thick!)...