In wet years many growers are concerned when harvesting to find white spots on their potatoes. Often they fear that some disease has struck their potatoes and wonder if the crop is edible. 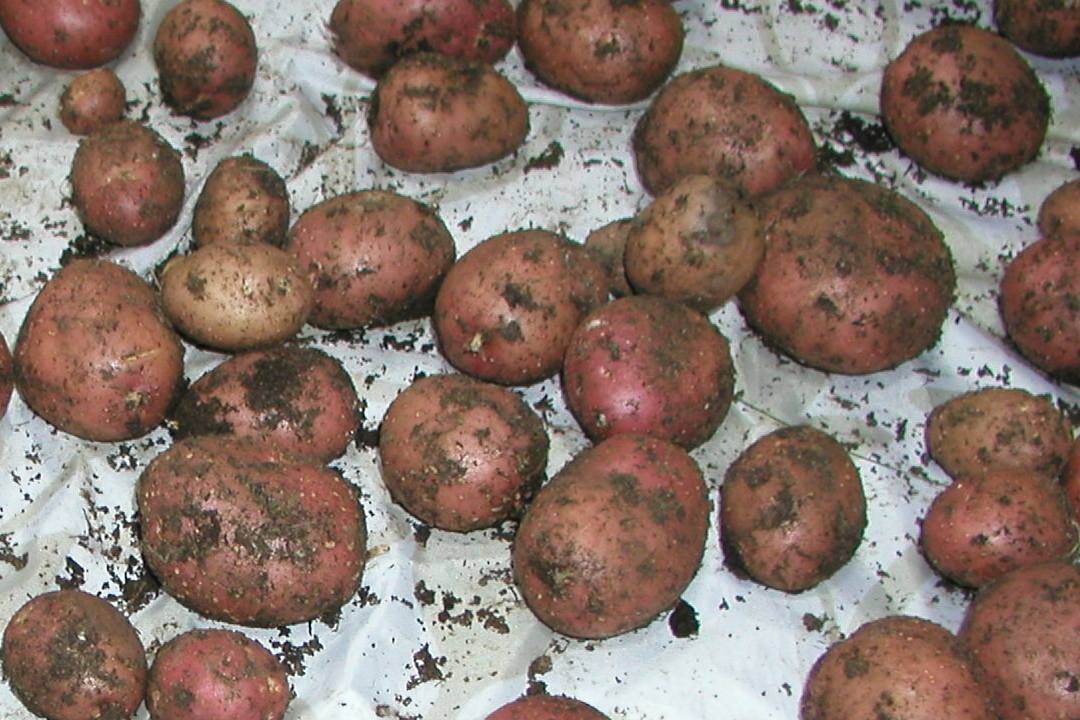 Happily these small white spots on potatoes are not a reason for great concern. They are actually swollen lenticels caused by too much water.

Lenticels are minute organs used by the tuber to breathe but in waterlogged soils they become blocked and swell up. Normally you don’t see them at all, but you can see them when swollen (see photo above).

The potatoes are perfectly edible despite the white spots looking like a bad dose of potato acne! It’s not all good news though. The swollen lenticels means the potato is more susceptible to soft rot and, at best, you’ll need to use quickly and check frequently for rot in store.

It’s a fairly unusual problem until we get a really wet year and the potatoes are sitting in water but if it happens frequently to your crop then you need to consider improving drainage or raised beds taking the roots above the water table.

While not as serious as Potato Blight this is still a highly infectious fungal disease that is spread by wind borne spores.  These can live in the soil for years and will infect potatoes planted again next year given the same weather conditions.

Potato growers are advised to cut down the stems immediately, remove every piece of the plant,  dry it and then burn it. Do not compost or dispose of the haulm in council green bins to avoid spreading the disease