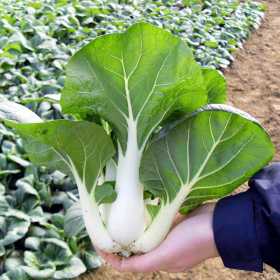 Pak Choi is a quick, easy crop to grow . It is also called Chinese Cabbage (or Chinese Leaves) and is part of the wider brassica family, but looks more like some of the lettuces. The crisp leaves are slightly mustardy in taste.