The last few years has seen an increasing interest in the use of rockdust and soil remineralisation. How much truth is in the claims made for rockdust is debatable. 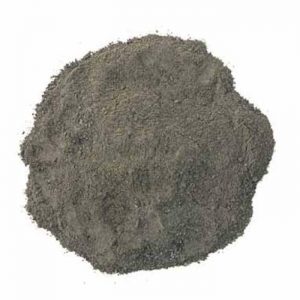 The use of rockdust which is also called rockflour and the benefits of re-mineralisation have been publicised since Julius Hensel wrote Bread from Stones in 1892.

Nowadays the main promoter of rockdust in the UK is the Seer centre in Scotland which was established in 1997 by Cameron and Moira Thomson. Their centre is located 300 metres high in Perthshire in the foothills of the Grampian mountains.

Like Snowdonia where we live, the soil is infertile and acidic poor pasture.

Using a mixture of municipal compost and rockdust they have transformed the soil into a rich growing medium. There they grow exceptional vegetables both outdoors and in a polytunnel.

The theory is that in nature glaciation grinds up rocks which generates dust and, when the glaciers recede, generates a rich soil due to the abundance of minerals in small particles that promote beneficial microbial action in the soil and enable plants growing in the re-mineralised soil to make better use of available nutrients.

Over time these minerals are leached away and the soil becomes deficient in essential micro-nutrients reducing plant and especially crop growth until more micro-nutrients are added.

The exact composition of rockdust will obviously depend on the type of rocks from which it is made. Seer believe that volcanic rock is the best type which seems logical as it has been known for years that volcanic soils such as those around Vesuvius make great farmland.

They also claim increased drought resistance and that the rockdust helps soil to absorb excess carbon dioxide from the atmosphere.

Judging by the photograph that greets you on the Seer website, they certainly achieve fantastic results, especially considering the location.

Judging the claims made for rockdust is not so simple. I’m certain they gain the claimed results and the theory makes sense. Anyone who has visited the volcanic Canary islands will tell you how quickly the raw volcanic rock converts into fertile soil producing good crops.

However, whilst there are many testimonials from individual growers attesting to the benefits of using rockdust, some scientific trials have failed to show any benefit over compost grown crops most notably the February 2009 thesis work by Dr Nicola Campbell for University of Glasgow The use of rockdust and composted materials as soil fertility amendments.

“… In addition, rockdust did not impact on plant nutrient content nor did it affect the soil chemistry despite 3 years of weathering that was considered sufficient time to release nutrients to the soil”

A report for the Soil Remineralisation Forum by Lynn Baird & Dr Robin Szmidt in 2008 listed a number of studies. Non reported significant benefits or even differences except for fruit length and colour of raspberries and some benefits when used with anaerobic digestate liquid to clean hydrocarbon (petrol or diesel) contaminated soil in a process known as Bioremediation

Economics of Using Rockdust as a Soil Improver

Producing rockdust on an industrial scale is relatively inexpensive, it is (being rock) heavy and transportation costs are high. The recommended application rates are 2 to 3Kg per square metre initially followed by an annual application at 0.5Kg per M2. The Seer centre applies 5Kg per M2 and re-applies when a decline in soil fertility is noticed.

Compared with conventional or organic fertilisers whose application rates tend to be near the 100 grams per square metre, it is an expensive product to use.

It’s hard to come to a definite conclusion about the benefit of applying rockdust. It certainly cannot do any harm, after all soil is based on particles of old rocks mixed with organic matter.

Despite the disappointing results of independent controlled trials in the UK, there’s a lot of anecdotal evidence that rockdust in combination with compost produces better results than compost alone, not least the testimony of Seer. Internationally there is a great deal of interest in re-mineralisation, quite often linked to biochar.

Personally I remain unconvinced that rockdust presents a cost effective solution to soil improvement in the UK and would not recommend using it without a trial first.