Green manures are generally under-used, yet they are easy, cheap and have a number of benefits. 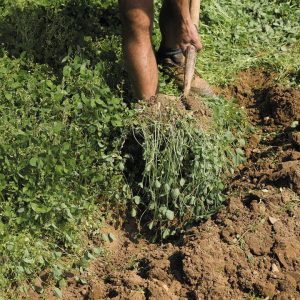 After you lift potatoes. planting agricultural mustard will help to reduce eelworm by hardening their cysts and preventing them from emerging on time, confusing their breeding cycle. Be careful though if you have club root because mustard is a brassica and mustard green manure can further spread the disease.

The second is a plant not normally considered as a green manure, French beans. They grow quickly and being legumes they fix nitrogen. The seeds are large enough to handle easily and cheap enough to use as a green manure. Whenever you have cleared a crop and will have some vacant soil for a few weeks, densely sow some French beans.

If plans go wrong and the space isn’t required you can harvest the beans. Rather than digging the French beans in, you can just use them as a valuable compost material if you prefer.

Usually when ready the green manure is cut and allowed to wilt for a few days before being dug in to the soil. A pair of shears is useful for this. The plants quickly decay and release their nutrients as well as adding humus into the soil.

The following table gives a an overview of green manures: 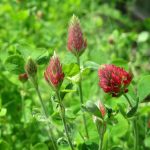 11 green manures that will fix nitrogen for your crops whilst surpressing weeds and stabilising your soil. Vital nitrogen fixing supports better growth. 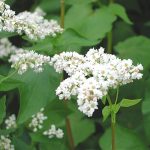 Which green manure to grow and when, what to do when it's grown? This guide explains the basics of using green manures to improve your soil