Growing Marrows – How to Grow Marrows

How to Grow Marrows – A Guide to Growing Marrows 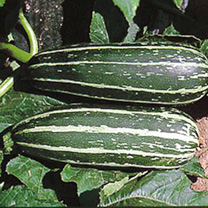 Marrows are cucurbits (the same family as courgettes, squash and cucumbers). There is almost no difference betrween marrows and courgettes – just leave a courgette to grow and you have a marrow. The difference is the varieties are bred for purpose.

Pests and Problems with Marrow