There is an old saying that ‘one years seeding is seven years weeding’. Unfortunately this is very true. 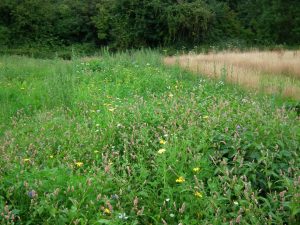 Most annual weeds spread thousands of seeds that lie in the ground until conditions are right then appear. Turning over the soil brings seeds from yesteryear to the surface and up they pop.

Luckily, most of these annual weeds are pretty easy to deal with. Just hoe through them, leave them to dry or collect them for the compost heap. Catching them young is most effective – better to hoe little and often .

There are other weeds that present far bigger challenges. These are perennial and live from year to year, As a general rule, hoeing them just cuts the top off and they pop back from their deep roots – it seems with more vigour as well!

For some weeds the only method (realistically) is chemical sprays but where possible I prefer non-chemical methods.  I’ve listed both the chemical method and Organic method so you have the choice.

So to the tricky devils…

Where there are nettles, you will find docks.They like similar conditions but are, I think, easier to deal with. Sadly rubbing nettle stings with dock leaves does nothing to help in my experience.

They have a long tap root from which they will re-grow. You have to dig out the root and then kill it. You can either leave the root to dry out, burn them or drown them in a barrel of water to do this.

Be careful about rotavating where there are docks – the root cuttings will all leap up multiplying the problem.

Glyphosate herbicide is effective, allow time for the roots to die before cultivating. You may need two applications with large ones.

Note there are concerns about the safety and environmental friendliness of glyphosate based weedkillers.

Like docks, they have a deep root which they will grow back from but are not quite so vigorous. Still they can be a troublesome weed. Treat as docks.

One warning, even after being dug up the flower heads can still turn to seed heads that will blow all over the garden.

In a lawn you can kill some of them by applying a tablespoon of lawn sand fertiliser on the crown.

And yes.. you can eat them as a salad by blanching young leaves under a pot if you’re really hungry.

There’s an excellent article on US site Garden Ambition on killing dandelions.

Bindweed (Convolvulus) is quite pretty with its trumpet shaped white flowers. It grows about a foot a second when your back is turned, strangling any crops you have planted. Under the soil it produces white running roots, which travel along popping up when you think you have got it all.

Basically dig out the roots, even a piece an inch long is enough to start it off.

Small infestations can be coped with by hand but if you have a serious amount then you probably need to go chemical.

Glyphosate will kill it off after a couple of applications. You can either spray it or paint it directly onto the leaves. Please note the warning about glyphosate above.

I have heard of allowing the leaves to climb up a frame or canes and then spraying or painting on glyphosate to try and maximise the amount of poison getting to the roots. 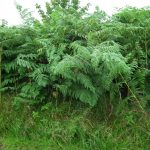 How to control bracken and safely compost bracken, despite the cancer risk of bracken which contains the carcinogen (ptaquiloside). Bracken is a noxious weed that can be found on every continent except Antartica. It is mostly found in upland areas... 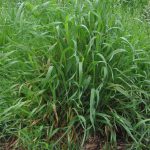 Couch grass is found all over the British Isles as well as much of the rest of the world from the Arctic to Africa. That spread and it's toughness is why it has so many common names - twitch grass, scutch, wikens, quick grass, quitch, witchgrass, dog... 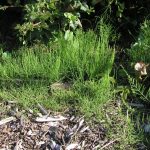 Horse or Mares Tail Horsetail or Mares Tail, Equisetum Arvense is, in my opinion, garden public enemy number one. It looks like it belongs in Jurassic Park and, unchecked, spreads like wildfire. It produces spores, spreads from the roots and even... 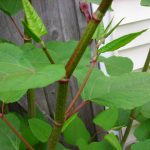 Japanese Knotweed: Everything You Need to Know

Guide by Stuart Snape, Head of Japanese Knotweed Claims, Graham Coffey & Co. Solicitors Japanese knotweed is a troublesome and invasive weed that can cause significant damage to properties and their foundations. It’s also incredibly difficult t... 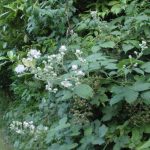 Brambles - wild blackberries - are a tough old weed. It's hard to control brambles even using chemicals but they can be controlled organically given time and effort. I was asked this question about brambles which sparked this article: Do you... 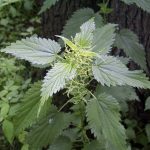 Stinging nettles are a common weed, tough weed to control. They spread from seed and from the roots so to control nettles you need to attack on both fronts. They prefer a a slightly acid, rich soil but will grow on any soil type – wet or dry, rich or p... 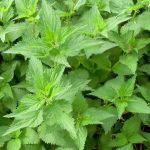 To most of us stinging nettles are just a weed that we hate. Not only is it hard to get rid of, growing both from it's root network and setting seeds, but it hurts like anything when it stings you. But could its benefits outweigh the drawbacks? Stinging...