How to Grow Comfrey, Uses & History

I am convinced that anyone growing their own should devote some space to growing comfrey. I call my comfrey patch my compost mine because with a little effort I can produce a great compost activator, a high potash plant food and a liquid that rivals commercially available tomato feed. 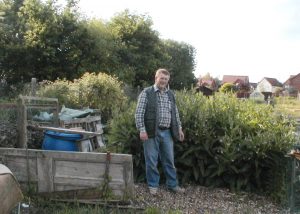 John Harrison by his Comfrey Patch

Comfrey is also useful as an animal and poultry foodstuff.

It can be grown on land unsuitable for vegetables that would otherwise be wasted as it is tolerant of very wet conditions and shade. Once established it’s also tolerant of dry conditions.

This ability to produce a high-value product, whether as plant or animal food from marginal lands makes it potentially one of the most important useful plants we have.

It’s value is even higher in undeveloped countries which may do better seeking appropriate methods and technologies rather than emulating the west where high labour costs have driven an oil-fuelled mechanised economy and farming methods.

Whilst hardly known and grown by British farmers, comfrey is well known and grown in Japan. With the consolidation of farms in the USA it’s lost growers over the past 50 years. Given the changes that ever-increasing oil prices will bring to food production, comfrey may well enjoy a resurgence and even be adopted by larger conglomerates rather than just small, dare I say human-scale growers. Don’t forget the majority of our fertilisers are oil based in their manufacture as well as transportation from factory to farm. 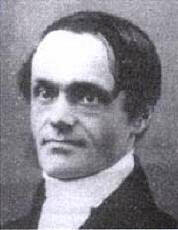 Comfrey enjoyed popularity as an agricultural fodder crop which was at a peak in the 1870s. There are two men above all who are important to the story of comfrey. The first is Henry Doubleday (1813 –1902) a Quaker from the same family who crossed to the USA and built the Doubleday publishing empire.

The second is Lawrence D Hills (1911 – 1991) who founded the Henry Doubleday Research Association in 1954 to research comfrey that later became an organic gardening champion before being renamed Garden Organic.

Doubleday wanted to grow comfrey to produce gum for stamps, a scheme that came to nought, and ordered some plants from the head gardener at the royal palace of St Petersburg, Russia. 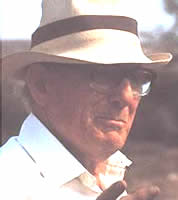 Here fate stepped in and the plants he was sent were actually a cross between two varieties of comfrey and enjoyed, like many F1 plants, hybrid vigour growing better than either of their parents.

Doubleday actually achieved massive yields of near 100 tons per acre using these plants. A fantastic result well beyond any other fodder crop.

Jumping forward in time L D Hills became interested in the potential of comfrey and commenced work on it in 1948. Sadly on Doubleday’s death much of his work and research notes were destroyed by his surviving relatives. Hills, being determined his work would not suffer the same fate then founded the HDRA in 1954.

Hills, who I had the honour to meet in the 1970s, had a trial ground at Bocking in Essex . That’s where he developed and compared various strains of comfrey both for yields and for nutritional value as a plant fertiliser and as animal feed.

His conclusion was that Bocking 14 was best for growers looking to produce their own fertiliser and Bocking 4 was best as animal fodder. I have failed to obtain Bocking 4 and, in Britain at least, it appears lost.

The definitive work on comfrey and it’s potential benefits to agriculture as a fodder crop is Comfrey: Past, Present and Future