How to maintain and repair your polytunnel

Properly installed, a quality polytunnel is very robust and resilient. Storms that can demolish a greenhouse hardly disturb the polytunnel. However, that doesn’t mean a polytunnel is immune to damage. To maximise its life and utility, your polytunnel will require maintenance. 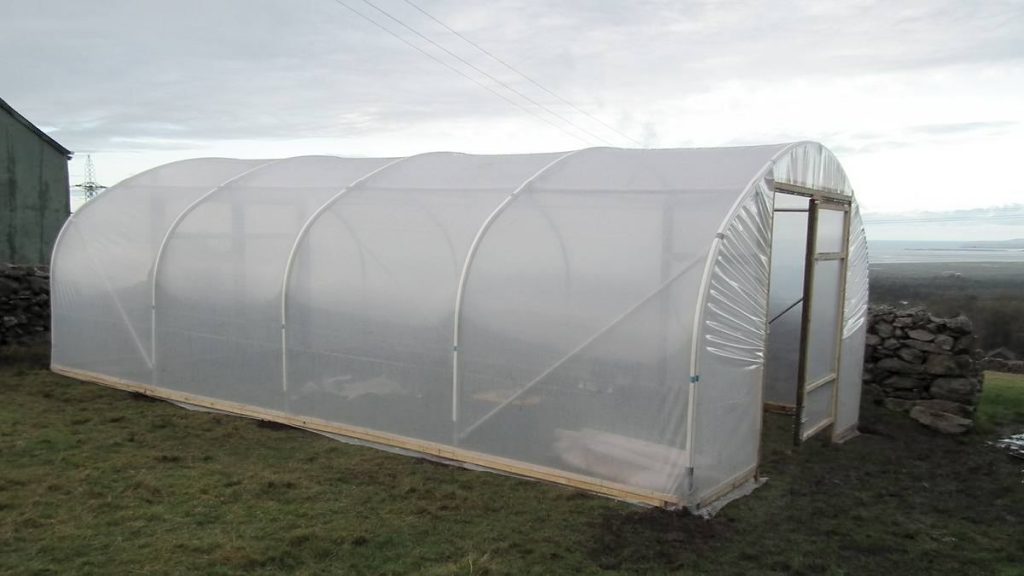 First of all, the polythene cover needs to be tight as the skin of a drum but without any pressure of being overstretched. As long as it was properly installed in the first place, most likely it will not require any tightening. The tension will change slightly with temperature but not to a significant amount.

To maximise the light transmission to the interior, the polythene cover needs to be clean. Algae can grow on the surface and dirt builds up over time. With tomatoes, a reduction in light levels will result in lower yield and delayed ripening.

It’s easy enough to keep the cover clean. Initially for the outside I throw some buckets of soapy water over the top and then use a power washer to clean down. Once it has dried off, I then use a pumped weed sprayer to apply Algon inside and out. After a week any greening from algae growth will have gone. 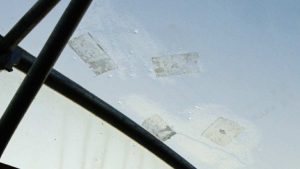 Bamboo sticks and thorns from your plants have the habit of clipping against the polythene and creating small nicks. While not a problem when small, these weaknesses will soon work themselves into a rip. Getting to them early will save more problems later.

Birds getting into the polytunnel can be a major problem. For some reason I’ve had small birds ignore the open door and try to peck their way to freedom through the top of the tunnel!

Happily, so long as you find the damage early, it’s easy to repair the polytunnel cover by applying transparent polytunnel repair tape. Repair tape is also useful for making a temporary repair to cracked panes of glass in a greenhouse.

A quality frame, properly erected should not require any maintenance but between the frame and the polytunnel cover there should be a special tape. In hot, sunny weather the metal frame will heat up and this can cause damage to the polythene. The tape, known as Anti Hot Spot Tape, prevents this damage to the cover and extends its life significantly.

If the tape has degraded or movement of the cover against the frame has removed portions of the tape it is important to replace it. If the tape is becoming loose, you can buy a repair tape that goes over the existing anti hot spot tape and holds it firmly in place.

Years ago the polythene covers on polytunnels had quite a short lifespan. Often they would require replacement after just 5 years. Technology marches on and modern multi-layer covers are far superior than the old ones. This means some modern covers have a warranty of 7 years along with improved thermal and light transmission properties. As you will understand, a warranty of 7 years means the average life is expected to be much longer, maybe double that.

At some point though, the cover will need replacing but that’s not such a major job. You can choose the quality of the cover and order the correct size to suit your frame. If you’re not sure what size you need, First Tunnels have a handy polytunnel cover calculator as well as selling a range of covers at reasonable prices.

This Page is Sponsored by:
First Tunnels Polytunnels