In recent years the popularity of raised beds for growing for fruits and vegetables has increased but I’ve noticed many people decide to start growing this way without an understanding of the benefits and drawbacks. Lack of knowledge of the basic principles leads to poor constructions and failing to make the most of the system. 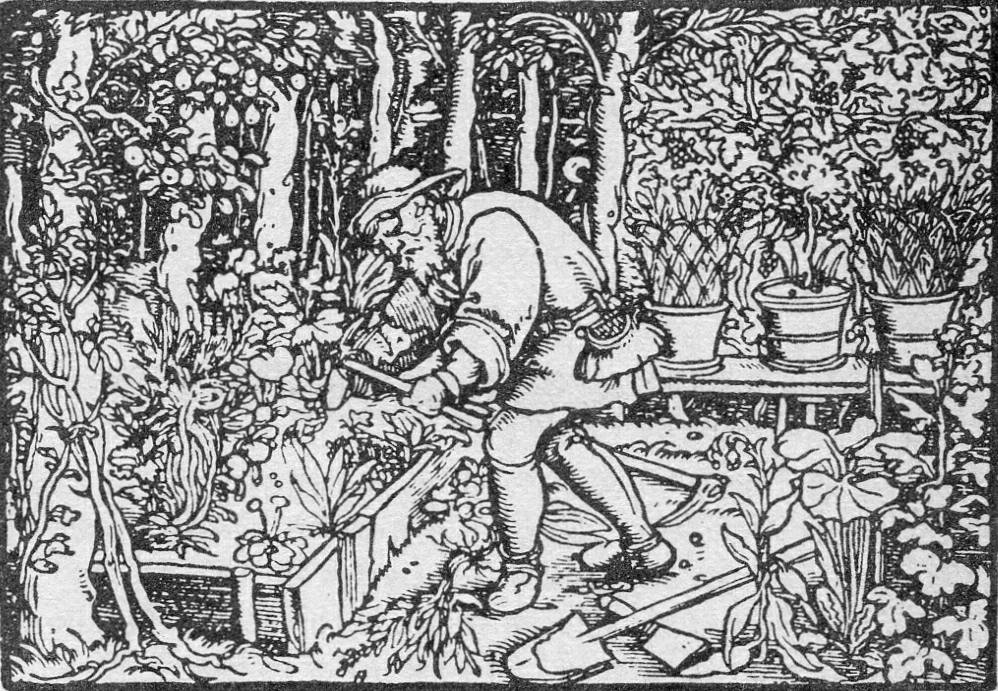 History of Raised Beds for Vegetables

Before looking at the pros and cons of deep beds, it’s worth looking a little bit into the history of modern deep bed growing.

The concept of raised bed growing goes back to medieval times where the beds would typically be edged with wattle fences. Moving forward 500 years or so, the Parisian market gardeners of the 18th Century built up their plots using the plentiful horse manure of a pre-motor vehicle city and compost. Eventually they had depths of topsoil well in excess of a metre, sometimes two metres!

However the raised bed concept as we know it today became popular in the early 1970s where the construction was to dig over a bed to a deep and fine tilth which was mounded between paths. Because the bed was a rounded shape there was more surface area to grow on and this, coupled with higher density planting increased yield. (see diagram)

The golden rule was not to walk on the bed, only the paths, which avoided compacting the soil. Once established the only digging was in the normal cultivation, weeding and harvesting of root crops.

Unfortunately heavy rain would wash the soil from the bed onto the paths and cultivation caused soil to be spread onto the paths which defeated the object of the exercise.

Converts to deep raised bed growing soon moved onto walled sides to their deep bed, losing the benefit of the additional area, which was not much but gaining the stability of walled construction.

Is Raised Bed Growing for You?

Before spending money on materials and time constructing deep beds you should really consider if they are the right thing for you. Weigh the advantages and disadvantages carefully before going into construction.

Decorative Raised Beds in a Garden 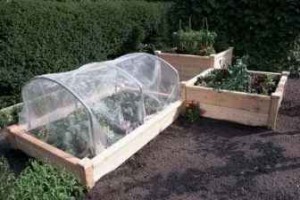 Decorative Raised Beds from Harrod Horticulture
These attractive raised beds are designed for easy assembly and have a selection of crop protection hoops etc available.
They are made from sustainable treated Swedish redwood and come in a range of sizes and options.They also offer an inexpensive standard range.
More Information Harrod Horticultural

Before I go on to constructing a raised bed, in a garden situation you can make raised beds a very attractive feature.

Instead of laying out in the most efficient manner you can make them into architectural features, altering the height of some beds to provide focal points.

One idea I liked was to construct the beds utilising old scaffold boards stacked two and three high but then covered with woven willow panels (hurdles).