How to Grow Greengages – A Guide to Growing Greengages 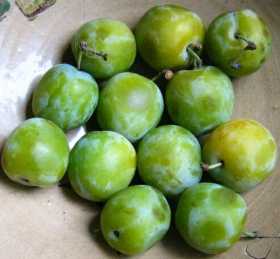 Greengages are a small, round, yellow-green and deliciously sweet type of plum.They were introduced into Britain from France by Sir William Gage in the 1720s. Greengages are also known as Reine Claudes from the name of the original French cultivar.

Being a plum, cultivation of gages is exactly the same.

Pests and Problems with Greengages

The sweet flavour and translucent nature of the flesh makes greengages an ideal fruit for eating fresh or made into summer desserts instead of plums.

They are excellent bottled and can be made into a lovely jam but probably best bottled or frozen to use in desserts.