Free Seeds when you buy Our Bestselling Books
Home › Gardening Information › Cats Toileting: How to Stop Cats using Garden or Veg Plot as a Toilet

Cats Toileting: How to Stop Cats using Garden or Veg Plot as a Toilet 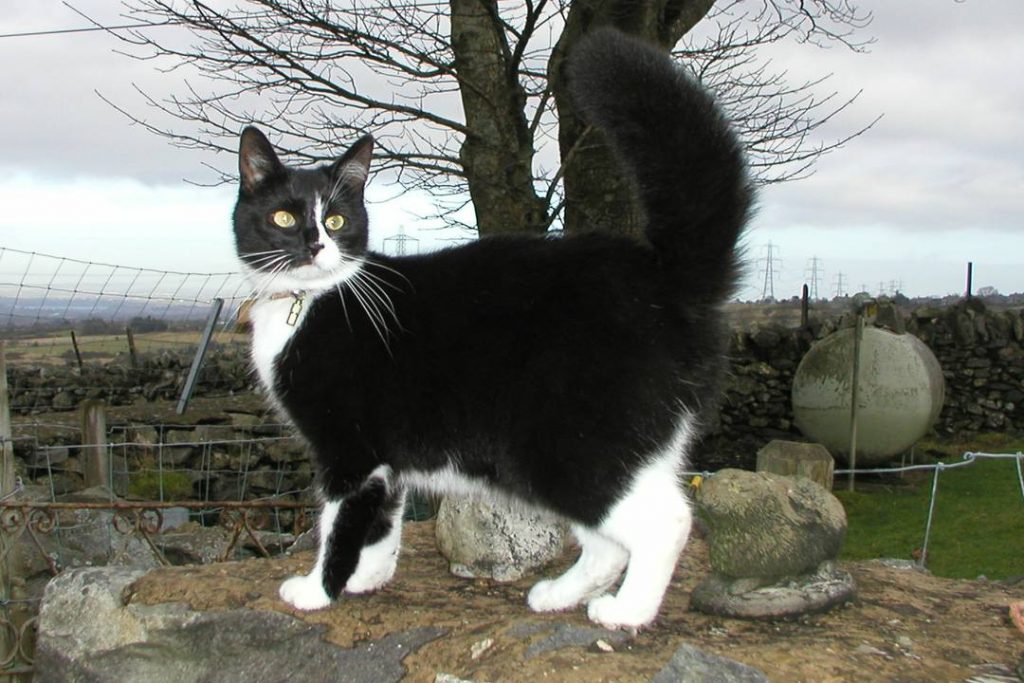 Cats toileting  = ‘doing their business’, ‘leaving their calling card’, ‘digging up the plot and toileting’, ‘using the garden as a toilet’, ‘doing a poo in my raised beds’, ‘Cats defecating on the plot’ are the (repeatable) subjects of emails I’ve had over the years.

It’s a topic that comes up on the forums occasionally as well and invariably results in the topic being locked as frustrated gardeners sick of the problem advocate actions that are both cruel and illegal.

Why Cats Toilet in the Garden

First of all, let’s look at why it happens. Cats naturally prefer to defecate in soft soil that they can dig in. They dig a hole, do the deed and then bury it. The reason for this is that it helps stop predators from tracking them by hiding the smell. Often they’ll toilet a distance from home, in next door’s garden for example, which is part of the predator evasion behaviour.

The exception to this is the cat communicating his or her dominance or rights to be there to other cats by leaving his faeces on the surface.

“I’m the fearless owner of this land, smell my poo and tremble ye mortals!”

Just to make the problem worse, cats remember where they went last and often return when they need to go next time.

It’s worth looking at the actual health risks of cat poo in the soil. Yes, it’s disgusting and smelly like all meat-eating animal excrement. Most gardeners are happy to add various manures; horse, cow, goat, sheep etc. to their garden but pig, who is an omnivore like ourselves, isn’t so nice and cat and dog are definitely not on the invite list.

Firstly you should remember that all excrement, even that from herbivores, presents a health risk. E-coli and tetanus for starters. With cat excrement the disease of most concern is a parasite called Toxoplasma Gondii.

The infection is usually nothing to worry about as the body’s immune system is strong enough to fight it off. From the NHS web site:  Toxoplasmosis

“Around 350 cases are reported in England and Wales each year, but it’s thought the actual number of infections could be as high as 350,000.

Estimates suggest up to a third of people in the UK will be infected by toxoplasmosis at some point in their life, but most people won’t notice it.”

It does present a threat to pregnant women as it can cause miscarriage and stillbirths along with harming people with a weak immune system.

Interestingly, toxoplasmosis infection in rats causes them to lose their fear of cats and slows their reaction times. So the cat eats the rat, gets the disease and spreads it via their droppings which infects more rats.

It has been suggested that the disease could reduce our fear and caution generally – making us take risks we would not otherwise take. Czech evolutionary biologist Jaraslov Flegr has discovered that a person infected with Toxoplasmosis Gondii is twice as likely to be in a car accident—which Flegr attributes to the parasite’s tendency to reduce reaction time.

How to Stop Cats Toileting in Your Vegetable Bed

One solution that can work is to provide a better toilet, a small bed of really soft soil that will be more attractive than the border or vegetable bed. To help them relocate you’ll need to move droppings from the vegetable bed and put them on the sacrificial bed.

This doesn’t always work – especially if a number of cats are squabbling over territory and leaving smelly messages for each other but it’s something I have used with some success.

These are pretty effective but quite expensive and have been known to vanish from allotment plots. I had a scarer owner complain that it was useless, this big white cat kept coming to his plot and toileting. The thing is a lot of white cats are deaf!

Special granules, lion dung and orange peelings are said to deter cats but in my experience none of them do much good.

Netting them out works well and strings over the bed can work but stringing is, I think , more effort than netting.

Bottles of Water to Scare Cats Away

Clear 2 litre pop bottles half full of water can work. The cat sees a distorted view of themselves and decides to move on rather than risk conflict. A dominant cat will soon learn it’s no threat though.

You can get an automatic squirter that detects the cat and releases a squirt of water. Effective but only really practical in a garden where you can get a hosepipe to the squirter.

A powerful water pistol will do the same job but even the densest of cats will soon work out that they’re at no risk when nobody is around.

I totally understand the annoyance this problem causes but please remember the following.

The cat’s owner is not responsible, British law understands that, unlike dogs, cats are not a controllable pet and out of the house will do what they want to. There’s little point having a row because there is nothing the owner can do, assuming they’re a pet and not a feral cat.

Tempting as it may be to throw rocks, shoot, trap or poison a cat, cruelty to animals is a serious criminal act. Don’t forget the owner may be the only friend to some little old lady – is your annoyance worth devastating her life? You could also be sued for any vets bills caused by your actions.

And please don’t forget the goods cat do in controlling rodents and sadly birds which isn’t so good. The rodent catching was so important in protecting grain stores from rodents that the ancient Egyptians imposed the death penalty for stealing or harming a cat and later deified them. There was a time in Europe when cats were associated with the devil and persecuted. This left the rats without a major predator until the black death came along on the back of the rat fleas.