Home Made Pesticides & Unlicensed Use of Pesticides

The law in the UK requires that only pesticides approved by Ministers shall be sold, supplied, used, stored or advertised.

‘Pesticide’ is a broad term, covering a range of products that are used to control pests. The slug pellets, ant powder, weed killers, and rat and mouse baits that you may use in your everyday life are all pesticides. The term pesticide in this context includes: 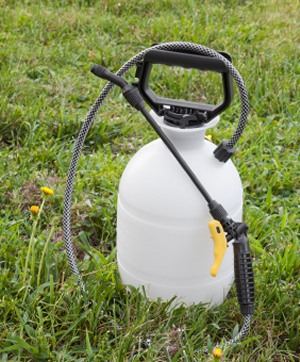 What’s in your sprayer and is it safe to use?

However, as pesticides are used to kill unwanted pests, weeds and moulds, they can also harm people, wildlife and the environment. This is why there are strict controls in place over their sale and use. It is up to everyone who is involved with pesticides, whether they are farmers, professional growers or home gardeners, to ensure that they are used safely and effectively.

The above is taken from the government web site: http://www.pesticides.gov.uk/

As regulations and testing regimes have changed, many of the pesticides we used to use have been removed from sale in the EU. Most of these for very good reason – such as DDT, which nearly caused a world wide environmental catastrophe. Some merely because the manufacturer couldn’t make an economic case for the cost of testing and approval.

Whatever the reason for their removal from the list, de-licensed pesticides are illegal to use. It is also illegal to use pesticides for unapproved purposes. For example, a pesticide that is safe to use on roses may be dangerous to your health if you use it on your edible crops.

Home made pesticides may sound like a good idea and perfectly safe, but do remember that Derris was recently de-listed due to a possible health problem and that is made from natural ingredients and was approved for organic growers. Nature creates some potent poisons – like digitalis in foxgloves, so just because it is plant based and ‘natural’ doesn’t mean it is safe.

A non-descriminating (kills friend and foe) pesticide can be made from Rhubarb leaves which contain Oxalic Acid. The problem is that it can also cause health problems in humans. It’s estimate that 22 grams of oxalic acid would seriously threaten the life of an adult – a fraction of that would make you ill and possibly kill a child.

Do Home Made Pest Controls Work?

Another point to keep in mind is that many of the home made remedies do not actually work. A good example is the idea of burying a piece of rhubarb under brassica seedlings at planting time to ward off club-root. Trials have proven that this has no benefit whatsoever, unfortunately. That’s not to say all home made remedies are useless, but many of them are.

Spraying with a dilute skimmed milk mixture has proven very successful in tests against mould problems on courgettes etc in the greenhouse or outdoor. Because milk is a human foodstuff, it’s safe but not licensed.

Some gardeners swear by garlic sprays to repel various pests but I’ve not found any controlled trial results. Worth a try but even garlic spray can be an irritant if it gets in your eyes.

Neither is ‘traditional’ safe. Never mind the Victorian gardener who used red lead, mercury and arsenic in the garden, as recently as the 1970s gardening books were suggesting making a nicotine insecticide by boiling up cigarette butts. This would not only kill pests but also beneficial insects as well. The liquid was highly poisonous and a few swigs from the lemonade bottle it was stored in would be enough to kill a child.

So, before you follow a suggestion from another gardener to make your own pest control or weed killing product, or to use a traditional remedy or an existing product in an unapproved way; please consider that you may be taking a risk with your health or that of others or the environment.