Free Seeds when you buy Our Bestselling Books
Home › Gardening Information › Desert Botanical Garden – what makes it so special?

Desert Botanical Garden – what makes it so special?

Botanical gardens can be found all around the world, some more impressive and unique than others. Few, however, match the splendour of the Desert Botanical Garden in Phoenix, in the US state of Arizona. In this article, we’ll go over what makes this garden so special, and some helpful tips on how to get there if you’re visiting from outside the USA. 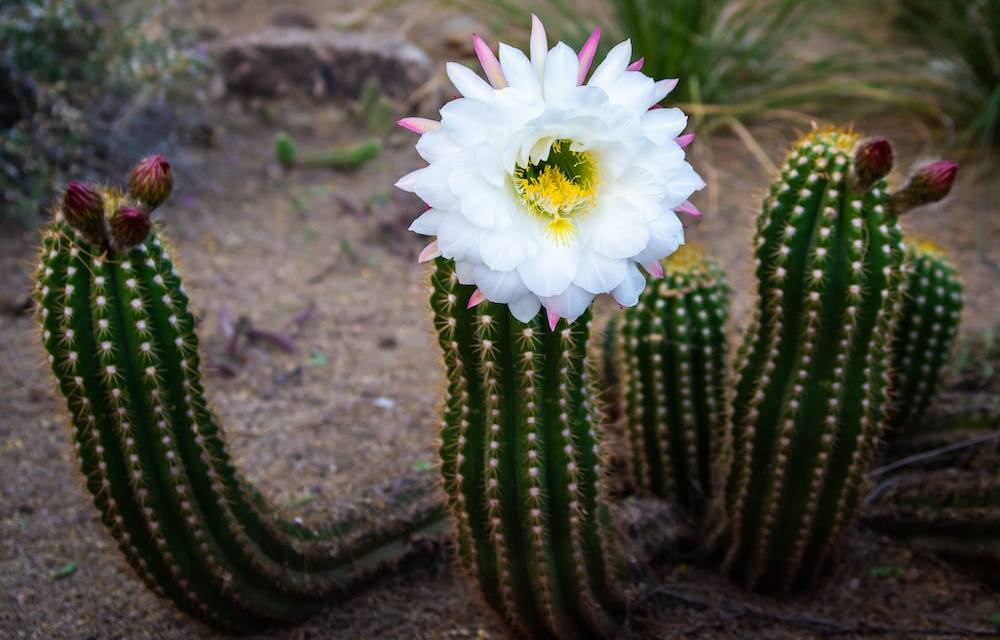 From Depression to splendour

The Desert Botanical Garden has humble beginnings. During the Great Depression, philanthropist Getrude Divine Webster along with Gustaf Starck, a botanist from Sweden, made their first plans to create a garden for desert plants. At it’s opening, the garden housed less than a thousand specimens, but today, that number has grown to over fifty thousand unique plants.

These include a large number of endangered plant species. Examples include the Huachuca water umbel, found in only a few locations in Arizona, the Arizona Hedgehog, a unique cactus with bright red flowers found only in central Arizona, and the Florida Semaphore Cactus, a plant which only produces male flowers, meaning it can only reproduce vegetatively.

But in addition to plants, the Desert Botanical Garden also houses endangered animal life that rely on those same plants for survival. Perhaps the best known one of these is the regal monarch butterfly, a species that has seen its numbers plummet rapidly over the years; some species have experienced a staggering loss of 99%. Indeed, the garden houses an entire chamber of just butterflies, aptly named the Butterfly Pavilion.

The garden has several routes you can take, which each tell their own stories. For example, in the Sonoran Desert Trail, you’ll learn about the complex relationship between the native people of the region and the plants (for example, usage in medicine and food). The Harriet K. Maxwell Trail, on the other hand, is rich in desert wildflowers and blooming cacti.

Getting to the Garden

Luckily, the Desert Botanical Garden is easily reachable, even for visitors from outside the USA. It’s a mere ten minutes from Phoenix Sky Harbor International Airport. If you’re using public transportation, you can take the light rail to Priest Drive/Washington Station. From there, you can simply take Bus 56, which stops at the garden’s parking lot.

Temperatures in Phoenix can get quite extreme. It’s best to visit the Garden either early in the morning (it opens at 8 AM) or late in the afternoon (it closes at 8 PM). Foreigners especially might underestimate the Arizona heat. This will not only make for an unpleasant trip, but can even cause health issues to those not used to it. Carry sunscreen with your at all times, and sunglasses and a hat or cap can also be very helpful. Some comfortable walking shoes will also make the whole process a lot more enjoyable.

In addition, foreign travellers visiting the USA must also sort out their ESTA application before even booking their flight tickets. ESTA (Electronic System for Travel Authorization) are generally approved in a matter of days. There can always be delays, however. What’s worse, if an ESTA is rejected, you’re forced to go through the cumbersome visa application process, which can take weeks if not months. So make sure to get your ESTA in good time. Don’t worry about getting it early: an ESTA is valid for two years from the date that it is issued, and can be used for an unlimited number of trips to the USA.