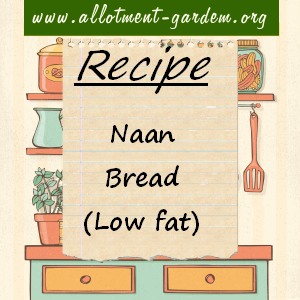 
This is the lowest fat version of naan bread I have made (note there is no ghee or melted butter). You can add  anything you like, such as garlic purée in small quantities, or sprinkle kalonji seeds on it before cooking, or chopped coriander leaves etc.

You can cook these on the barbecue too, just take care they don’t burn as controlling the heat is harder.

Posted in Vegetarian Recipes, Breads and Bakes, All Recipes