No, not a series by George RR Martin! It’s been freezing which means there is very little that can be done outside. But what’s better when it’s icy than a fire? 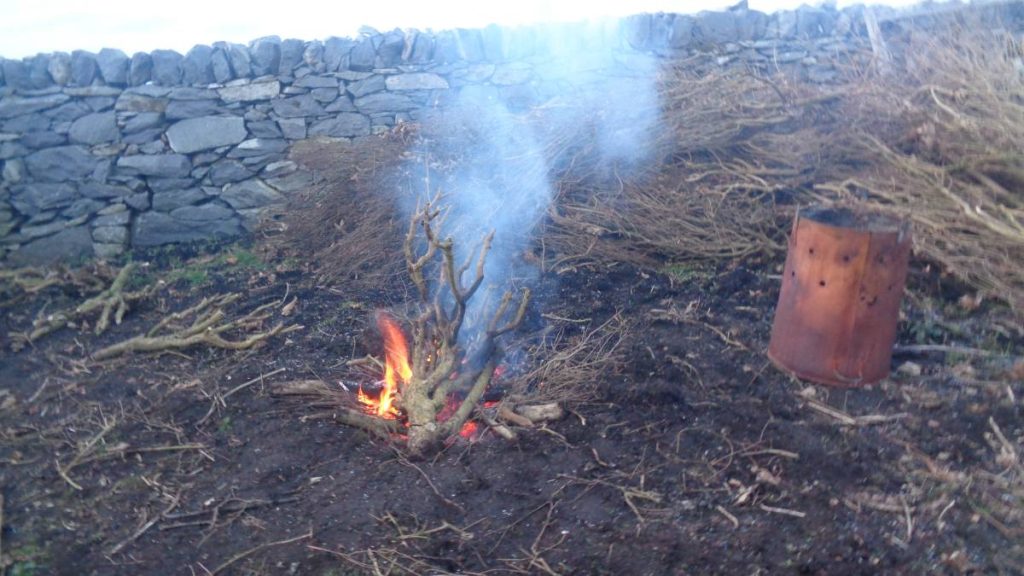 Burning through the brash pile.

I’ve a massive amount of brash that needs sorting. It’s mainly privet along with some fuchsia and various prunings. Ideally I could have shredded much of it and used it for paths or a ‘brown’ in compost. The thing is that would have taken up a week of my time to produce a pile of wood chips and I’ve masses of them from the tree surgeon already.

Burning it takes less time and, let’s be honest, is much more fun. Bonfires bring out the caveman in us. “Ugh! Me know secret of fire! Bring me mammoth to cook”

The end result, a pile of ash and some charcoal is actually a pretty good fertiliser. It’s very heavy in potash and scattering the ash around fruit trees and bushes will do them the world of good.Potash is helpful with all crops and especially with tomatoes, potatoes and other root crops. Wood ash can be added to the compost bin, used immediately or saved for use later in a dry tin or bin. More on potash and fertilisers.

A couple of times we had snow showers whilst the fire was going. It’s quite strange watching the flames consume the snow, fizzling as the flakes land.

I have one of those dustbin style incinerators which is great for getting the fire going and keeping it under control. Once the lid is on it creates a funnel effect, drawing the air through the fire like a supercharger. It keeps the ash together as well. Shame that the base has rusted through so it’s not much cop.

We dug a shallow pit shielding the heart of the fire and keeping the ash together. As it builds up it turns some of the wood into charcoal. This is supposed to be good for the soil but I’m not so sure about that. Kept things going until it was too dark to play safely.

Anyway, the short very cold snap has finished. The temperature is a few degrees above freezing which means rain and drizzle. It looks like a fine day coming up on Friday so hopefully the rest of the brash wood will be gone.

Nothing to do with bonfires – just an amazing sunset with the potting shed in the foreground. 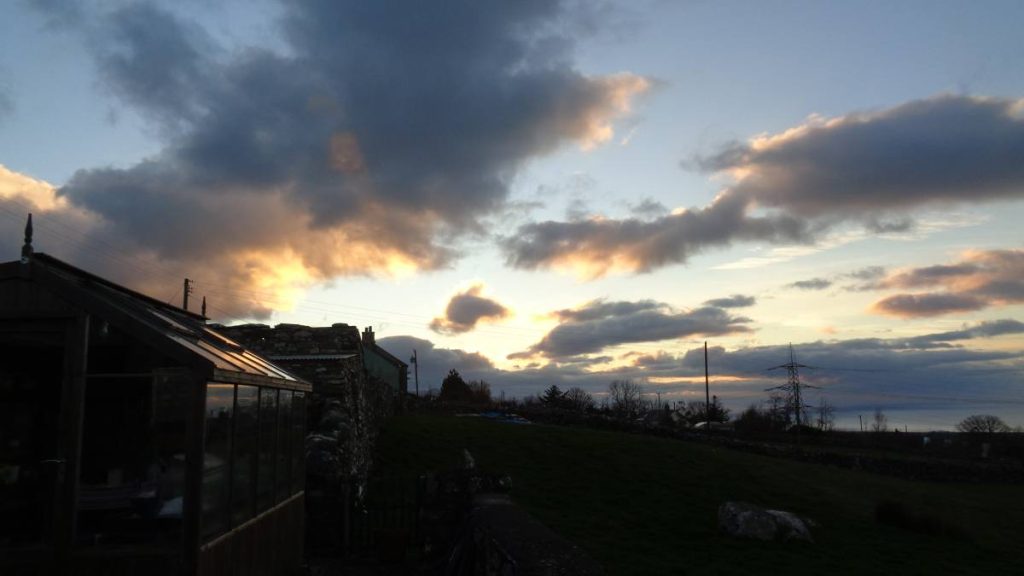 A dramatic sunset behind the potting shed.

Leave a Comment Here on Ice and Fire Cancel reply