A New Approach to Allotments

We need more allotments to meet demand but councils are short of money and don’t want to spend on acquiring land for them. Farmers could provide the solution and help their finances by doing it. 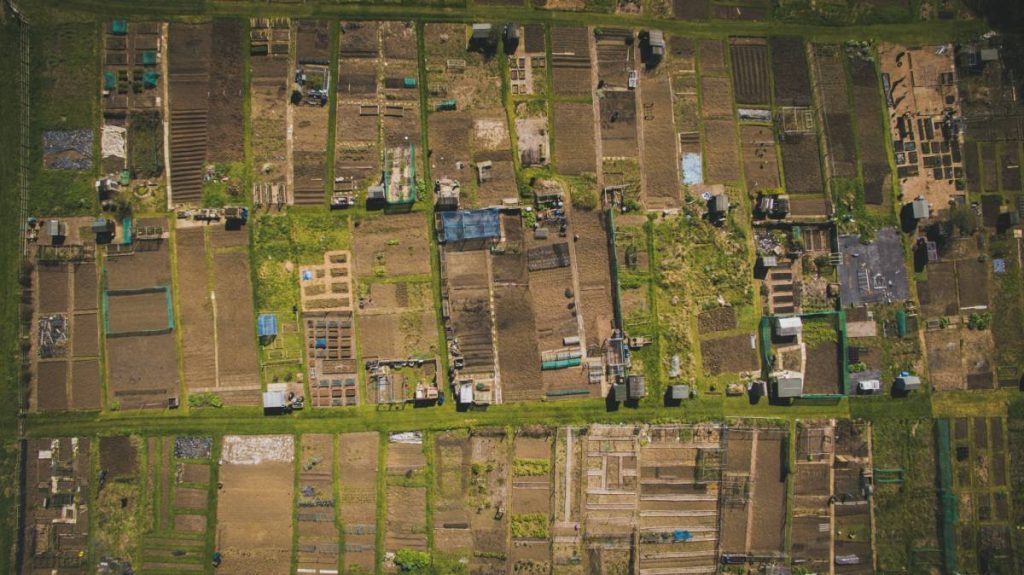 When the pandemic struck there was a sudden upsurge in gardening and growing your own. In part the driver behind this was the furlough scheme, people filling the time at home with something productive, but there was another driver. People were worried about their food security.

People stocked up as if the apocalypse was coming. Remember the toilet roll shortage? I remember we felt this Covid thing could get nasty and stocking up on staples like rice and pulses the week before the government issued the lockdown order.

A lot of people took on allotments and discovered they really liked home growing but many found there were long waiting lists for allotments. With all the financial pressures on councils acquiring land for allotments isn’t high priority. In some areas, allotments are just unavailable.

At the same time our farmers are having a tough time, especially the smaller farms. This has pushed them into diversification. It started with B&B in the farmhouse but now it’s glamping, chalets and yurts.

It’s understandable, farming is a risky business. Prices for produce can vary wildly, input costs like fertiliser and fuel for equipment can shoot up and don’t forget weather and disease. Foot & Mouth, TB, Avian Flu, Blight and many other problems are unpredictable and outside the farmer’s control.

Turning productive farmland into a holiday park goes against the grain but it does provide the farmer with a predictable, stable income to help them through the bad spells.

There is a way for farmers in the right location to both use land for growing and have a stable income from it.

Newsletter subscriber Dorienne Robinson is also a writer and pointed me to an article she wrote for the Ecologist back in 2009. It’s a case study of Chyanhall Allotments in Cornwall.

David and Kay Hicks run a small family farm, Chyanhall, at Burnthouse, Treluswell, between Truro and Falmouth, with their daughter Carly. Just over two years ago they decided to look for an alternative income from the land and considered such things as mountain and quad-biking tracks. Realising that there was a growing demand for allotments, they decided to research this area [renting allotments] instead.

In her article she looks at the practicalities of turning some of the Hicks’ land into allotments which benefit the community. The conclusion is:

Thanks to David and Kay Hicks there is now a working model on which to base future farm allotment schemes. For any farmer owning land close to a large centre of population this must surely be an option worth considering.

It’s well worth reading the full article and please do point it out to any farmers you know.

2 comments on “A New Approach to Allotments”