We’ve had lots of leaves come down in the storms which I’ve finally got around to clearing up. Well at least the worst of them which were covering the path up to the chickens and polytunnel. 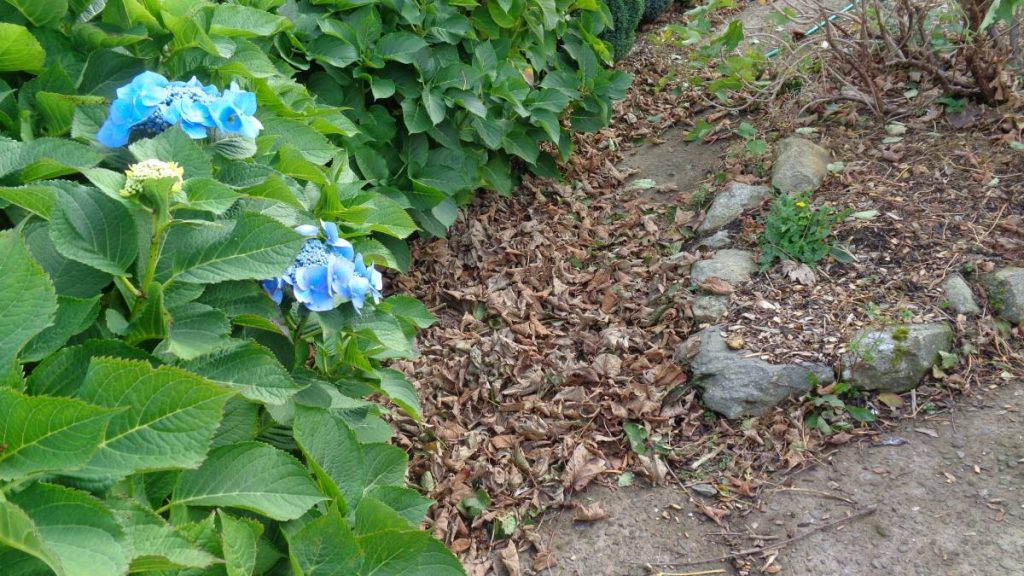 Autumn leaves covering the path up to the chickens and polytunnel.

I was waiting for some decent weather so the leaves would dry before using my leaf vacuum which chops them up as it sucks them into the bag. I could have just raked them up but shredding and chopping the leaves means they rot down far faster.

My leaf vacuum is just a cheapo model I got from Tesco but it does the job really well. Last year it sucked up a stone which made a hole in the case, now repaired with gaffer tape. Surprising how much power it has.

I fancied a cordless model but they’re still pricey and the battery only lasts for 15 minutes before needing recharging. I think more trouble than unwinding and winding the extension cable. 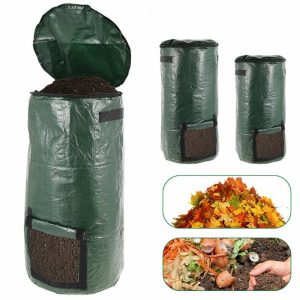 I needed somewhere to rot the leaves down. Initially I thought I’d just build a leafmould cage with four stakes and some chicken wire mesh. I used those in the past and they are as effective as anything else. Browsing on Ebay I came across these compost bags.

The larger size is 80cm tall with a diameter of 45cm giving a volume around 127 litres. Smaller than my ‘Dalek’ bin with its 300 litre capacity but still a decent volume. Small enough to tuck behind the compost bin by the stone shed.

They sell for about £10.00 delivered which is pretty cheap. Made in China I suppose like near everything you buy. It’s thick plastic which I’m sure will last although I suspect lifting it by the handles on the side when full will result in them detaching.

The top has a lid which zips onto the body. Out of the packet it didn’t zip up properly – cheap and nasty. Still, what can you expect from something that probably gets made for a couple of pounds before being shipped across the ocean. 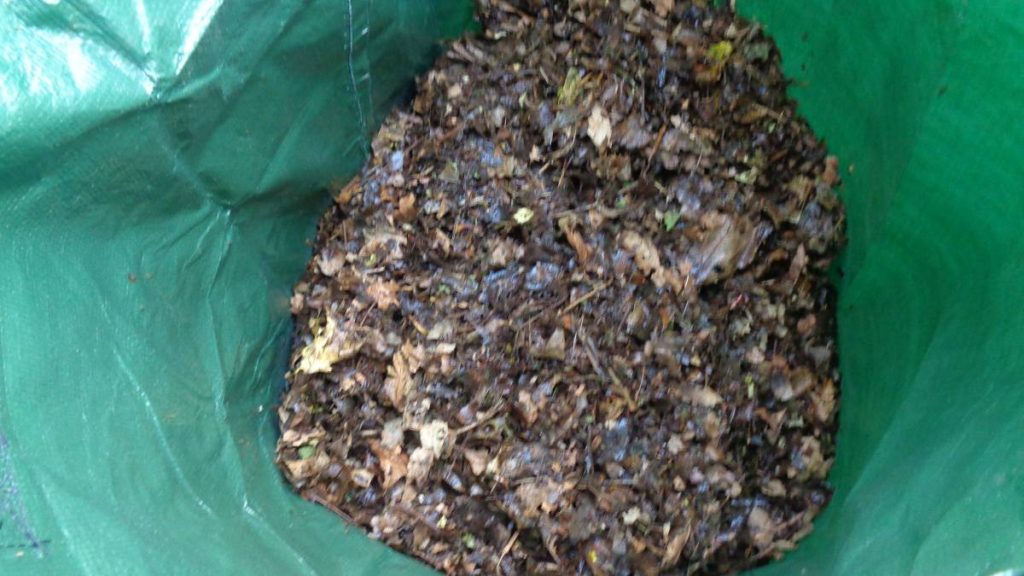 It should do the job for the leaf mould but I strongly doubt it will be much cop at making compost. I bought 2 so I will give it a go despite suspecting I know the answer.

As for using the compost bag for leaf mould, I could have bought 25 heavy duty rubble sacks for the same money. Bit less convenient and it would take 4 sacks to hold the same volume. Lot cheaper though and I suspect just as effective …