Taking advantage of some reasonable weather to sort out a greenhouse for the new season, empty the Hotbin composter and a few other jobs before day’s end. 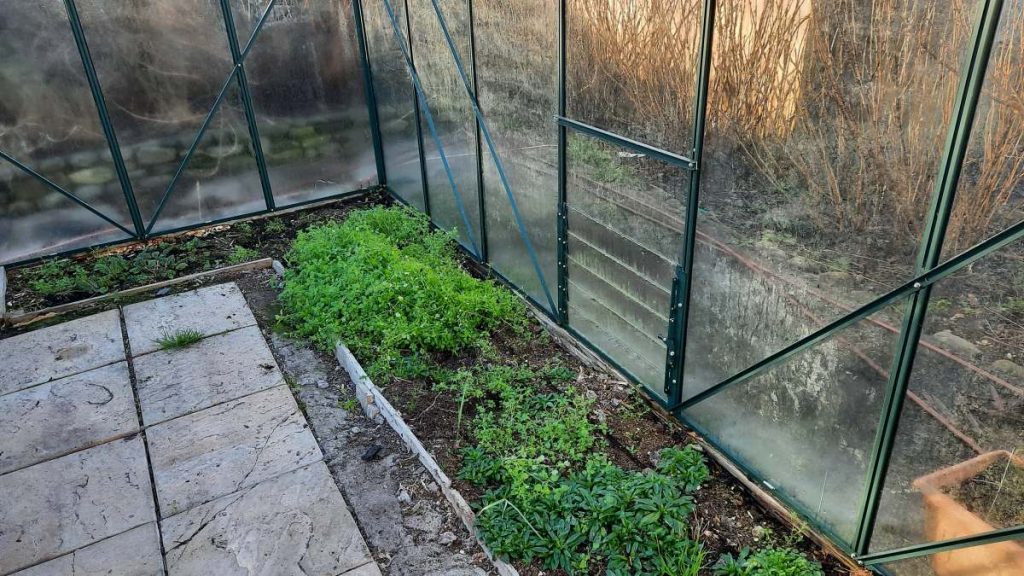 It was past time to sort out the Vitavia greenhouse and a bright, dry albeit cold day. First thing was to empty out the pots and Quadgrows, giving everything a bit of a wash down.

The glass was much in need of cleaning. Removing the light coating of dirt and algae which is reducing the light transmission. Shade is helpful in summer but in spring and autumn we need maximum light. That slight shading caused by dirty glass and algae growth can make more of a difference than you might think. 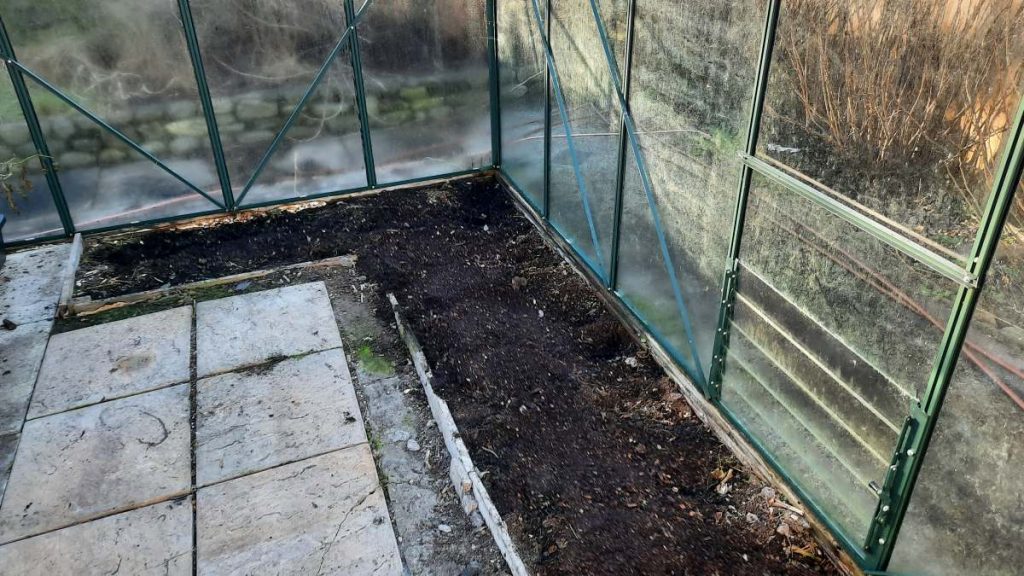 Border weeded but the glass was next

The border was being overtaken with weeds after the tomatoes came out so they had to be grubbed up before adding compost.

The benches went back in with the Quadgrows on the shelf for now. Just about ready for the coming season now. 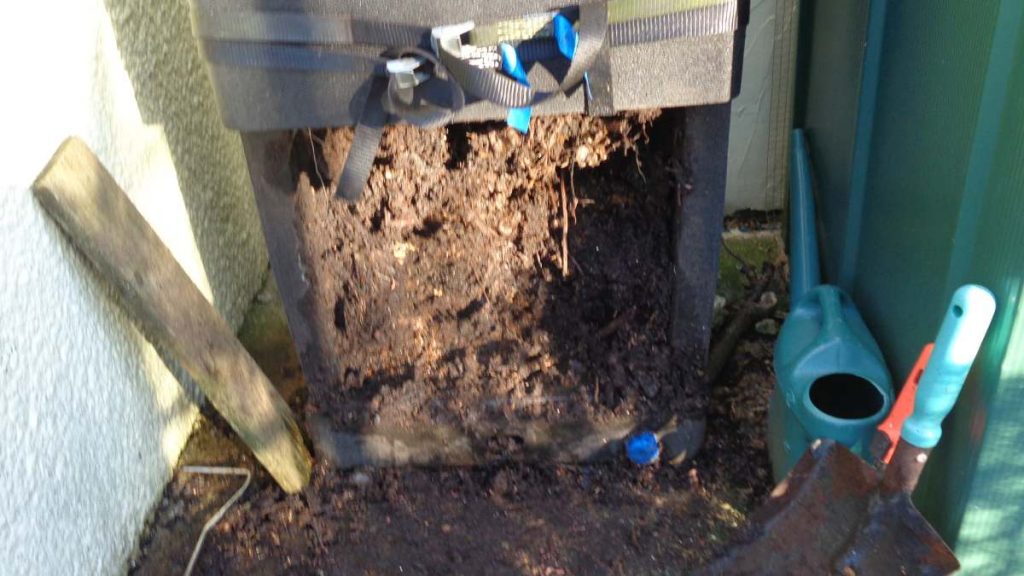 The Hotbin Composter was basically full and not heating up so time to remove the black gold from the base and give it a bit of a mix to get it going again.

It’s really the easiest and most effective composting system I’ve ever used. Just keep feeding it the kitchen and some green waste. Add in some bark chippings and browns in the form of torn card, shredded paper and soon the temperature goes up and the level falls.

I was amazed by the huge numbers of red worms in the base when I opened it up. They all vanish back into the compost quickly – most faster than I can get my camera – but they’re there.

There was enough from this load to put a thick layer over the border in the Vitavia greenhouse. This will not just add nutrients but body to the soil in there and freshen it up ready for this seasons plants.

I do like to replace some of the soil every couple of years to avoid potentially building up disease. The removed soil isn’t wasted, it goes out onto the plot. 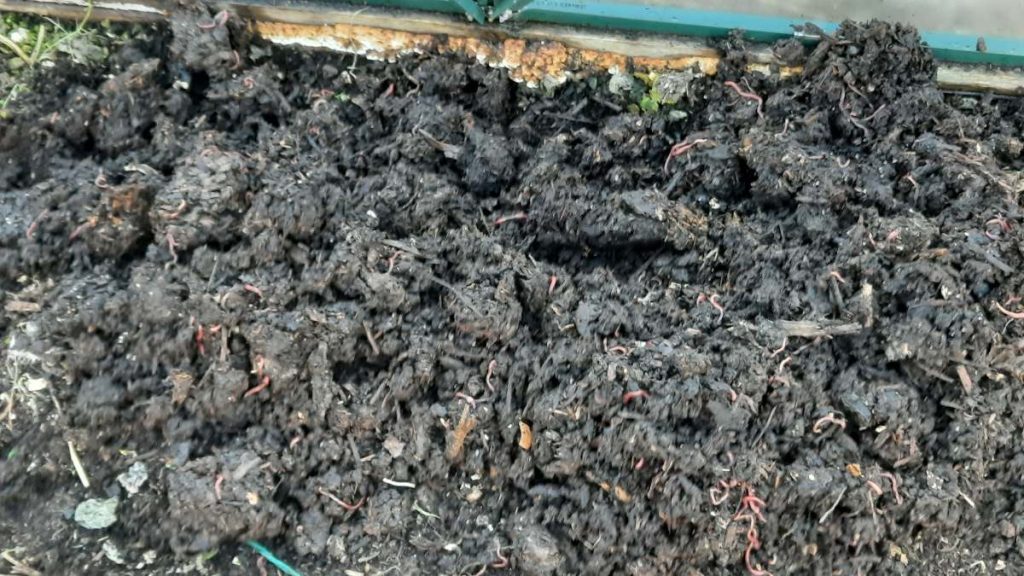 Lots of worms in the compost – they’ll be burrowing down into the soil doing all the good they do.

Greenhouse done and the Hotbin back into action. Just time to make a start on another job before the sun dropped into the sea to the west. The Bustaseed modular seed trays needed a wash along with some ordinary seed trays.

There’s still more trays to clean up and then a general tidy up in the solar potting shed before it gets back into use. The Eden greenhouse needs a clean up too .. you’re never stuck for a job to occupy you with a garden.