The autumn weather isn’t great but still managed to get a bit of time on the plots. First job was to clear some raised beds, harvesting the last of the turnips but the mustard greens had bolted. Unfortunately our chickens think they’re poisonous so they went to the compost heap. Nothing is really wasted in a garden. 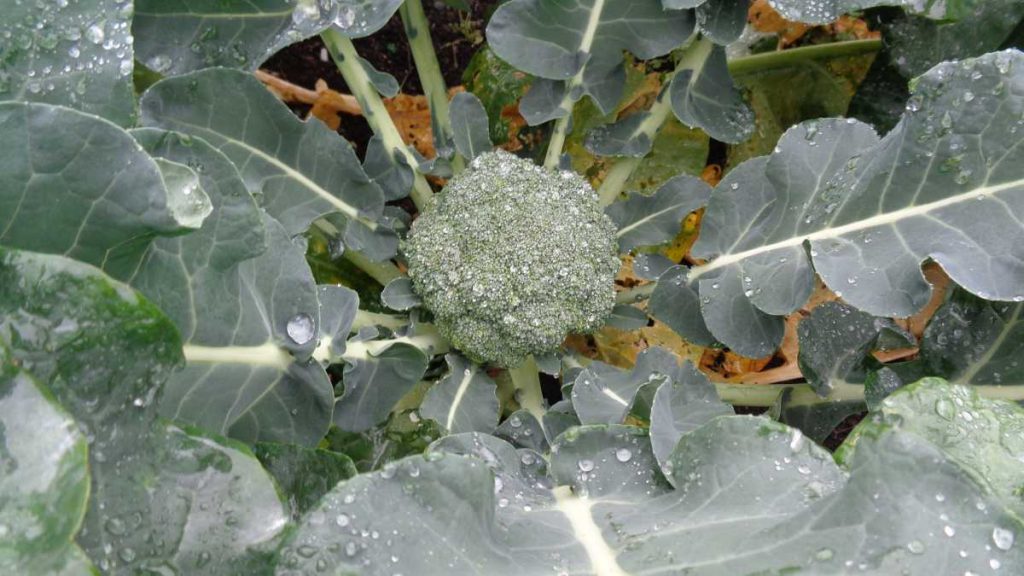 To Cut or Not to Cut, That is the Question.

One bed was filled with elephant garlic and another with ordinary garlic, Solent Wight, which always seems to do well for me, given a little TLC. Decent flavour and good sized cloves. 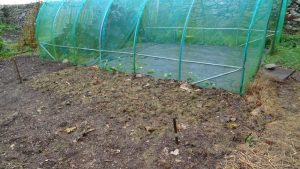 Elephant Garlic Planted in Front of the Brassica Cage

This year I was late planting with both elephant garlic and ordinary. The results were not optimum. Next year we’ll have more than enough, with a little luck.

As well as the raised beds in the field plot, planted 48 cloves of elephant garlic in a patch in front of the brassica tunnel in the walled plot. That involved clearing the last of the sweetcorn stalks and some weeding. Shredded the stalks for the compost bin. It’s amazing how quickly shredded materials heat up and compost.

Yet Even More French Beans!

Up in the polytunnel started cleared the climbing French beans. It’s strangely satisfying unwrapping the beans from the supporting strings. Quite zen! Despite being absolutely sure there were no beans left, found quite a few. Some were huge – how do they hide so well? 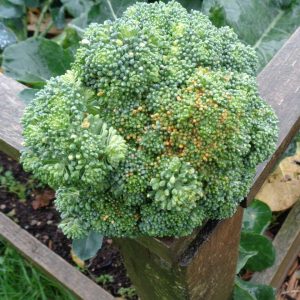 Calabrese head just starting to go over – it tasted great!

The calabrese, headed broccoli, is about ready. In fact one head was a couple of days past and about to flower. Another couple of days would have been too late. It’s a bit of an art picking the right moment to harvest.

I just cut the large heads and leave the plants to, hopefully, form some small additional heads from the sides. It’s one of my top veggies and best eaten fresh but it will freeze pretty well. A quick, one minute blanch seems to be best for calabrese.

We’ve got quite a few mushrooms in the grass. They may be edible but I don’t know. Val’s offered to cook them for me to see. Hmmm.. Seriously, if you’re not certain, don’t try. In France they pop them into the chemist who tells them but not so easy in Britain.

Seriously, these are good sign that the soil health is improving. The mushroom we see is actually just the fruiting body, the ‘flower’ so to speak of an underground plant. They’re a good indicator of high carbon levels in the soil.

The main thing I’ve done with the grass to improve the soil is the mowing regime. I mow less frequently than I used to. This allows the grass to grow quite tall before mowing down. The grass forms roots to support the growth which die off when it’s mowed. These become soil improving humus and worm food.

I heard that managing grass like this sequesters more carbon into the soil than planting trees! 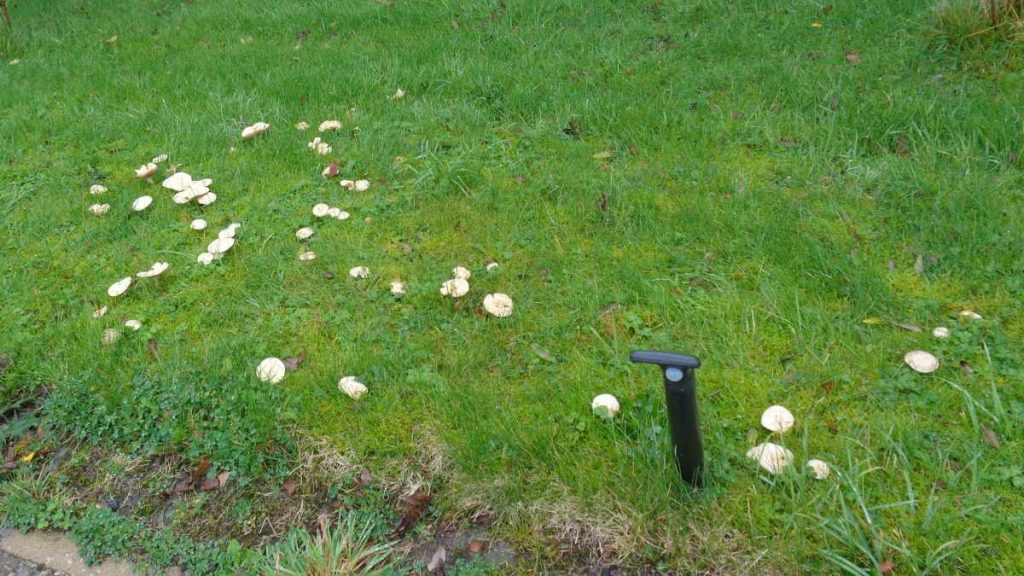 We’ve patches of mushrooms all over – which is great. Edible? I don’t know.

There is a negative – we’ve a lot of moss in the grass. In part this is due to the underlying soil and weather but also due to the acidity of soil. Ideally I should mow, scarify and lime to reduce the acidity but getting time to do everything is my main problem.