After being so pleased to get some apples, they’ve vanished. The greenhouses are winding down for the winter and just when I thought I couldn’t have more beans, the dwarf French beans produce a crop. 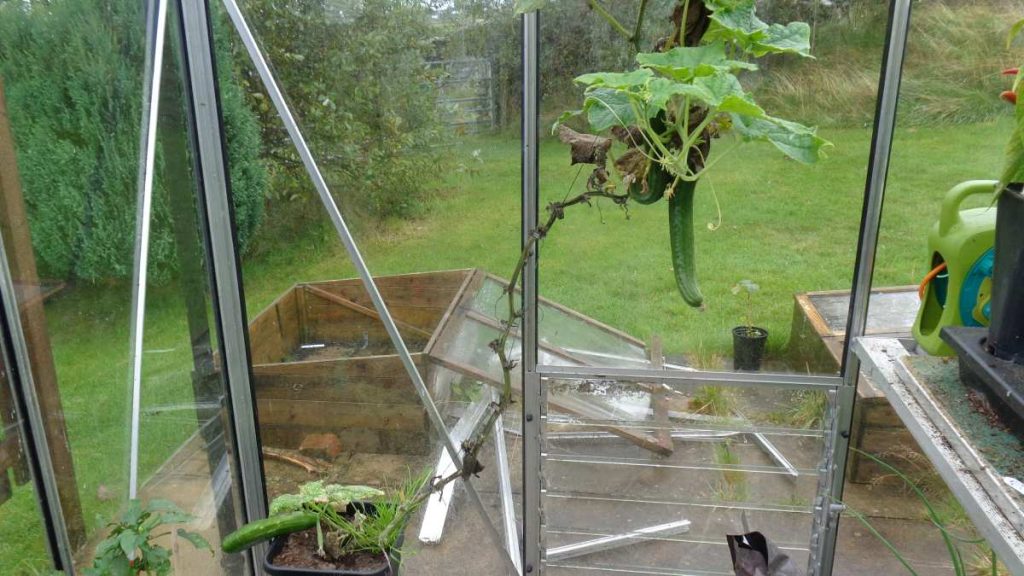 Hardly any leaves but some smashing cucumbers all the same.

It’s been a funny old year for the greenhouse crops. Slow to start and a bit early to finish but fairly productive all the same.

In the Eden greenhouse, the last cucumber, Carmen, was hit by some nasty mould and I’ve had to take a lot of the leaves off. Just a few healthy leaves at the top of the plant left. I really thought I might as well just scrap the plant but amazingly it’s still managed to produce some more lovely fruits.

Sometimes the best answer to a gardening problem is do nothing and see what happens. Certainly has been with this cucumber. 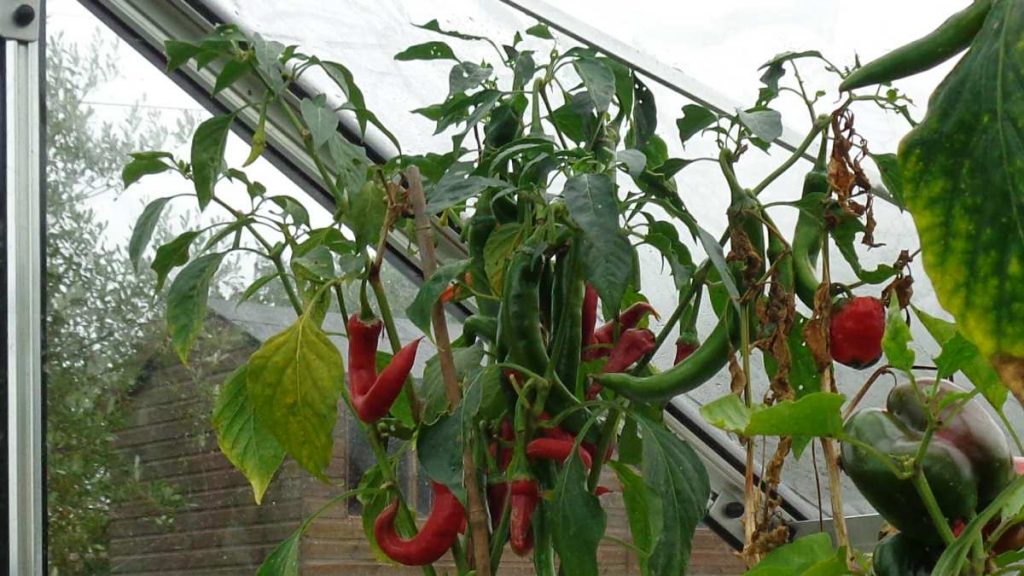 Val insisted that I only grow one chilli plant this year. We settled on two plants in case one failed. The Suttons sent me some Longhorn Chilli seeds to try. Normally I grow Cayenne which are more than hot enough for us. It’s always struck me as a bit daft growing chilli peppers that are so hot they kill all flavour. Or is it that they burn out the tastebuds?

Anyway, these Longhorn chilli peppers are actually milder. Still tasty with a bite but, to us, calmer. Very productive plants with large peppers. Ideal as far as I’m concerned.

It’s really turned out to be the year for beans. Slow to start but when they got going, amazing. Beans by the bucket load! Initially I thought the climbers just weren’t going to start so planted a bed with dwarf beans in the field garden. Guess what? Yep, yet more beans.

I was so pleased to see some apples the other day. The next day they’d gone. My first thought was check under the tree and downslope in the grass but no joy. Then I checked in case Val had harvested them but she hadn’t.

By this time I’m favouring the rat theory. The two legged type of rat, that is. But we’re pretty secure here and especially in the orchard area. Then Cara came up with the most likely suspect – Mr Fox.

I didn’t realise that foxes are partial to fruit and will eat apples and these were certainly low hanging fruit. I know we have at least one fox around, which is why I’m so cautious with our hens. Perhaps I should leave the fox a plate of beans to distract him if I’m ever to taste Anglesey Pigs Snout apples.