Harvesting and Storing the Produce

Harvesting is in full swing now which means a lot of work to get crops stored away for winter. 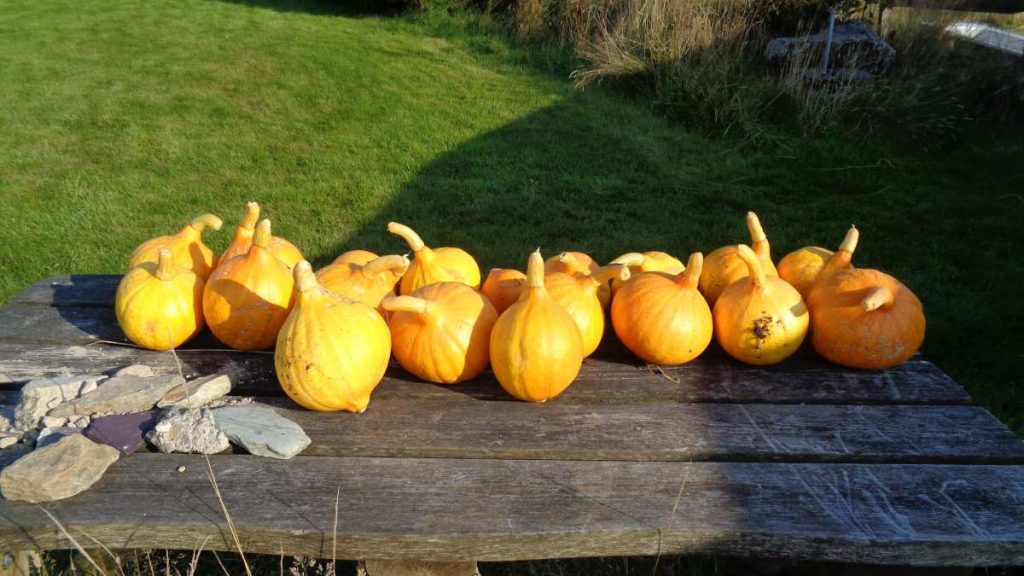 I may have gone a little overboard with the squash and pumpkins this year. So far 22 Uchiki Kuri have been harvested with more to come. I’ve still got Spaghetti Squash, Hunter Butternut Squash and pumpkins attempting to cover a field.

Just as I thought the French beans in the polytunnel were slowing, they’ve gone berserk again. Val asked if there would be enough for the evening meal. “Possibly, but I’m not sure.” was my answer. Filled the large colander twice! The next day I filled the colander again.

What’s not eaten fresh is blanched and frozen. The news keeps on about shortages in the shops due to a lack of lorry drivers. Having said that, we’ve noticed very few gaps on the shelves from our occasional expeditions to the shops. Nothing unusual. Regardless, most transport from plot to plate is by foot here.

The runner beans are finally producing and they’re doing very nicely, thank you. Building up to being as productive as the French beans. Runners were popular in the war because they were a pretty reliable, productive crop and easily stored by salting. Flat French beans can be stored by salting but the tubular varieties don’t work as well and are much harder to rinse clear. 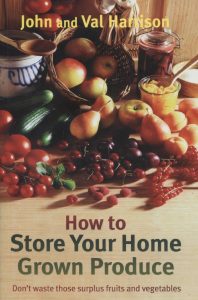 How to Store Your Home Grown Produce

Cleared the sweetcorn from the polytunnel. Roughly 30 very nice cobs from 24 plants. Actually I hoped for more as the plants were doing so well but a decent result, all the same. That was a few hours work in the kitchen, blanching on the cobs and stripping the kernels for bagging and freezing.

Our freezers are getting quite full now, which is reassuring. And before some wag comments about power cuts, our chest freezer will hold temperature for 36 hours without power and in extremis we have a small generator too!

The sweetcorn stalks went through the shredder prior to composting. Because they’re quite fibrous, they clogged the shredder a couple of times. Just as I was finishing, the motor buzzed and the machine cut off.

Cleared the jam but it wouldn’t restart. The manual reckoned to wait ten minutes and try again but to no avail. Turned out the fuse had blown in the plug but it took me a while to get there.

Despite the blight hitting the plants in the polytunnel, most of the fruits have been OK. We’ve been almost overwhelmed by the volume but we’ve blitzed some for sauces into the freezer, dried some for storing in oil and Cara is running a green tomato chutney factory in the kitchen!

The onions are drying out nicely in the shed with the fan gently blowing under the racks. I did think about moving the racks outside as we’re enjoying such lovely weather but I know the moment I do that it will rain!