Feeling a bit daft, must be a reaction to the recent good weather! Anyway, not a totally serious post. 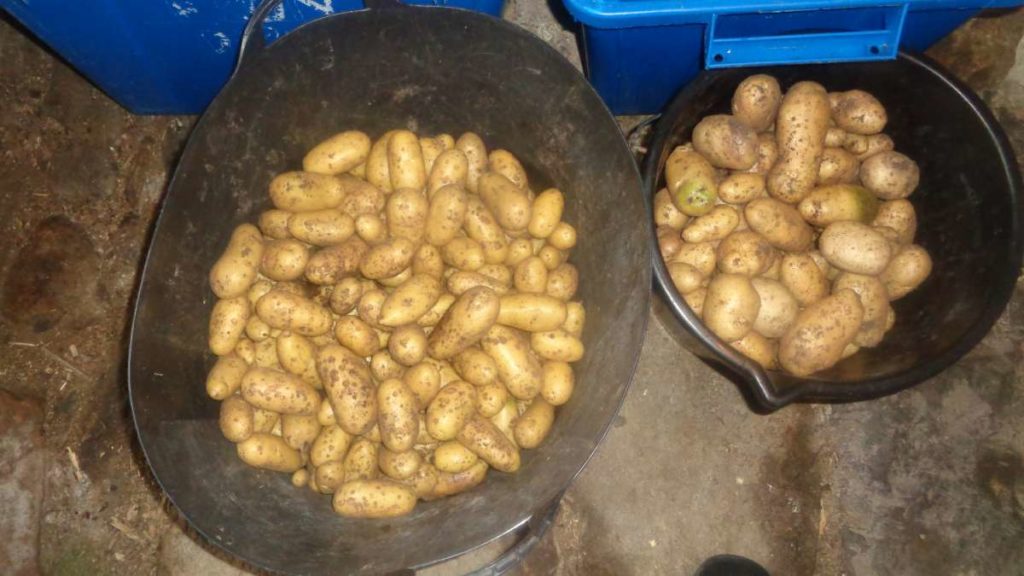 How to Harvest Climbing Beans

You need a method to effectively harvest climbing beans. Start at one side at the base. Move up the plant picking off the beans as you go. Once at the top, move to the next plant and repeat. When you reach the end and have harvested every bean, walk away perhaps have a cuppa and then return to the plant.

Magically more beans will be found. Lots more. How did you miss that? Where was that one hiding?

Fact is that they can be very hard to spot in the foliage and a different viewing angles will reveal the beans concealed behind a leaf, blending in with the stem etc. But not all of them, there’s always one and often a meal’s worth that escape.

Next day you can start again and wonder how you missed that huge one! And that one, and that one….

Some gardens have fairies at the bottom in the shady bit under the tree but allotments and veg plots have the potato pixies! It’s true and I can prove this.

After carefully harvesting your potatoes and making sure you got them all up, leave a saucer of water on the bed for the potato pixies overnight. The next day they’ll have planted more potatoes for you to harvest.

Don’t believe me? Try it and you’ll see!

Some people use the modern metric system litres, kilograms and suchlike. Others use those wonderful Imperial measures; pounds, ounces, inches, feet and yards, chains and rods, gills and pints, pecks and bushels.

It’s time for a consistent, gardener’s system. So I present the John’s Patent Gardener’s System of Measuring. 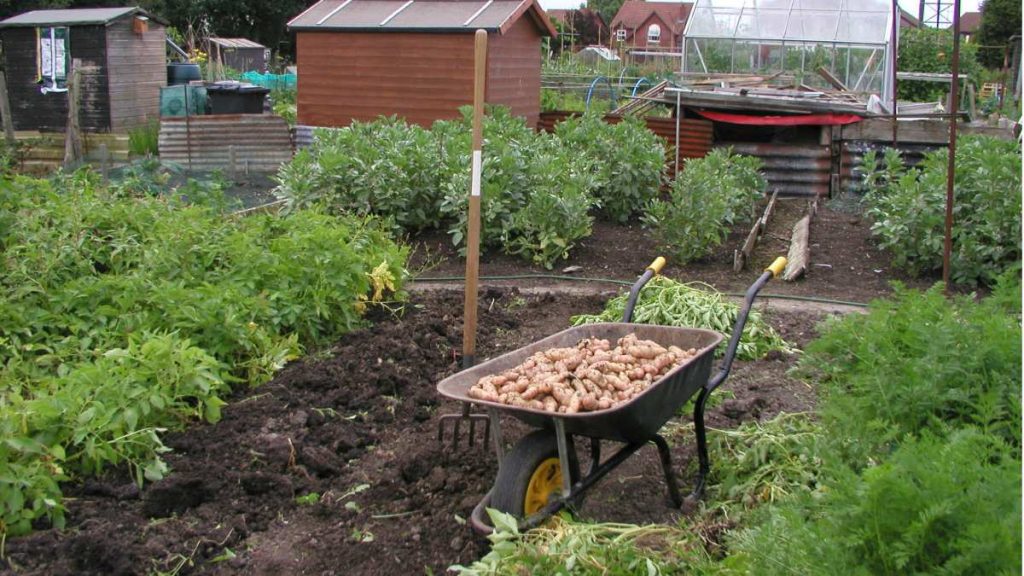 A Wheelbarrow of Potatoes

When mixing liquid fertilisers we use the bottle’s measure or cap full An example would be a measure of concentrated tomato fertiliser per watering can. For dry fertilisers we revert to the metric system’s grams. As in 50 grams of superphosphate with 30 grams of sulphate of ammonia.

Applying liquid fertilisers is based on the watering can but applying dry fertilisers we use a different measure, the handful. This comes in three types. The small handful, the handful and the good handful.

Here we have another system. When mixing growing medium or planting out cabbages, the dusting or good dusting which is one and a half dustings. For the plot, lime is applied by the trowel over an area defined by eye.

OK, I’m being a bit daft but let’s be honest, we rarely go out onto the plot equipped with scales or even a tape measure. I do keep a stick marked in three inch spacings on one side and four on the other but my trowel is a foot and three finger widths 7cm. It rarely matters so much to be totally accurate.