Too dry – very busy on the plot

It’s too dry! I’m having to spend time watering now, which is not normal here in the wettest bit of Wales. Still, it’s nice to be out in the sunshine watering rather than looking out of the window at it pouring from the sky.

The dry spell is not without its problems beyond the garden. Somebody set fire to a field of gorse not too far from us – not a controlled burn. The fire brigade put it out but four acres went up in flames. The first we knew about it was blue and red flashing lights at the bottom of the track as the fire engine filled up from the hydrant. 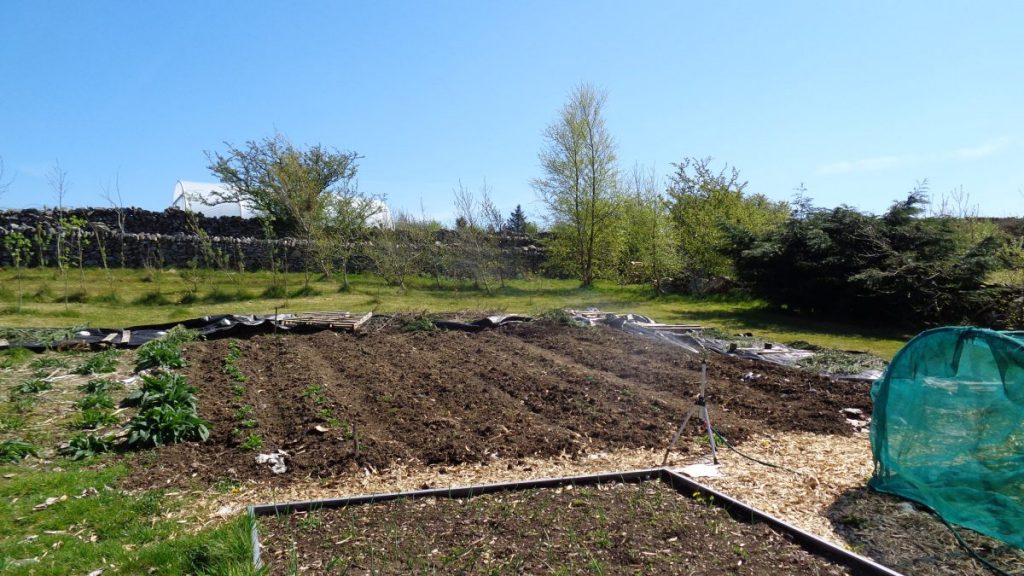 I’m having to water now, this is not what we expect in Snowdonia! The sprinkler is covering the potato beds and the comfrey to the left. Behind and to the right is weed matting laid on the grass which is covered in grass clippings and cardboard. This will have pumpkins and squashes planted through.

The last of the sheep manure mountain from February last year has been moved from the field. Filled two compost bays along with some part-rotted compost and yet more cardboard.

It was very dry so a good soaking to help it break down prior to hopefully producing some great squashes and pumpkins.

In the potting shed the tomatoes are really doing well. Had to add another tier to the Vitopod as the plants were pushing the lids. It seems the 12 hours added lighting per day regime is doing the job.

I might have been a little premature with the tomatoes – they’re more than ready to plant out but it’s still a little chilly at night in the tunnel and greenhouses. If I plant in the border the retained heat in the soil which is at about 14ºC now should protect them from night chills.

Sowed some Little Gem lettuce in a Bustaseed tray which did well. Planting out is a doddle. Just remove a strip and tip out what has basically become a plug plant. Planting is easy too. Just make a hole, drop the plug into the soil, firm up and job’s a good ‘un.

Put some into the polytunnel, some into a raised bed and half a dozen into the salad planter. That’s starting to look something like now – radish, spring onions, mesclun salad mix leaves and the little gems.

There was a space at the end of the recycled plastic raised bed which has shallots in so used that for some lettuce. My cunning plan is to spread the harvest a bit. First the ones from the salad planter, then the polytunnel and finally from outside. If I do get some going over and bolting then the chickens will convert them into eggs. 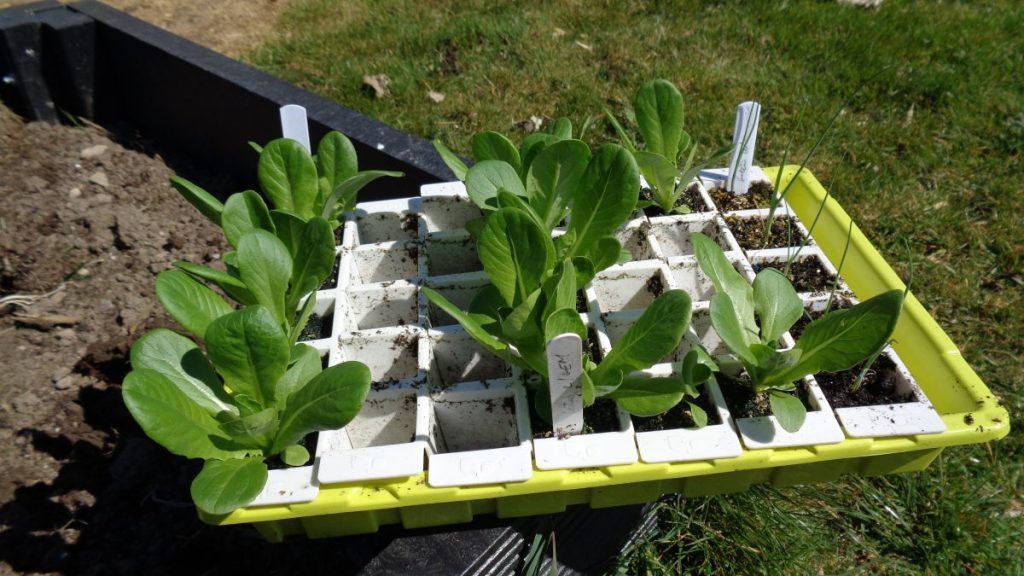 Lettuce in the Bustaseed module 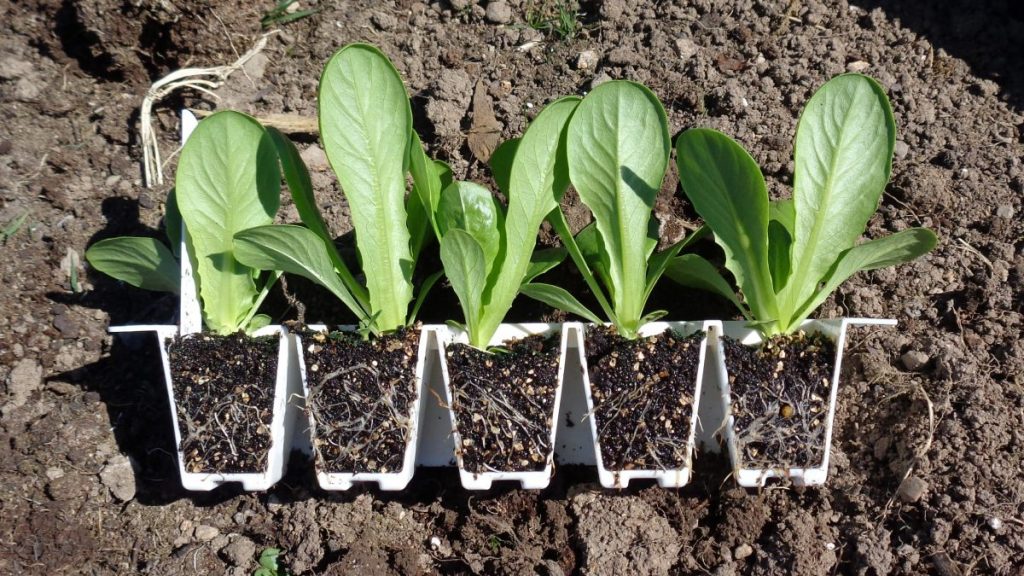 Strip of lettuce to plant out from the modules 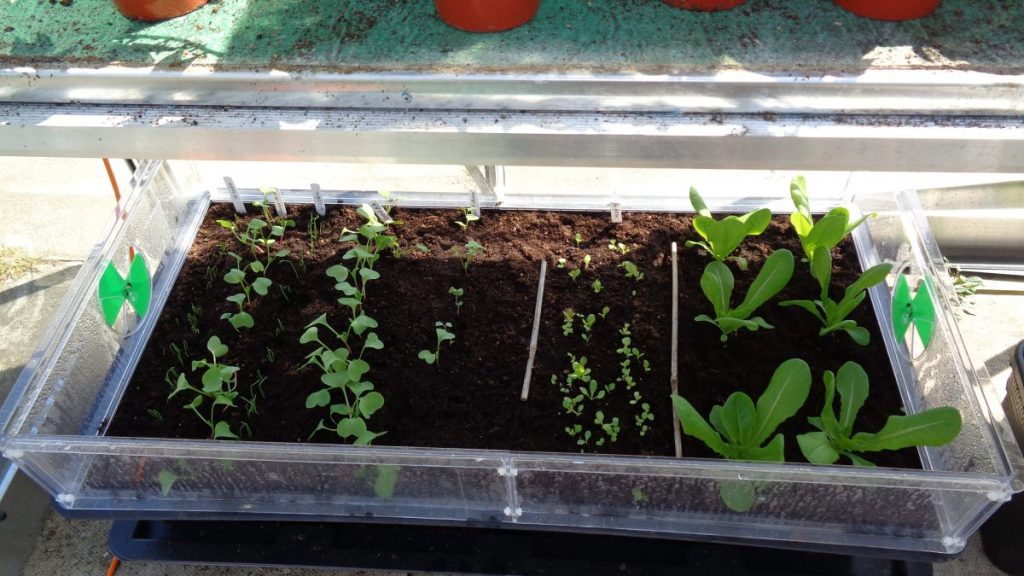 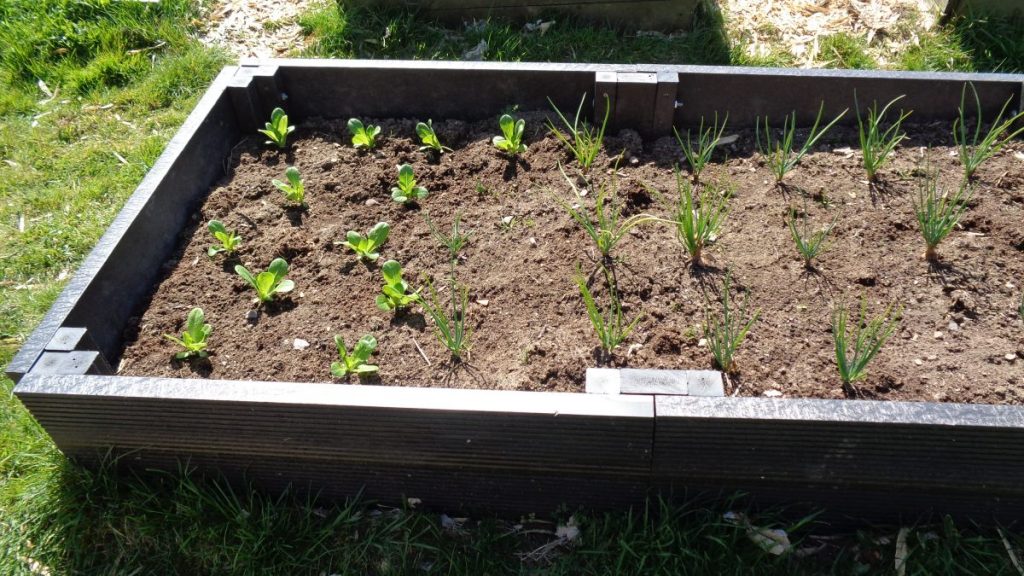 Lettuce planted in vacant space in the raised bed. Shallots to the right.