I had an email from Karen Wise who grows at altitude ‘halfway up a mountain’ in West Wales. She has cleared an ex-forestry plot which is now a mixture of regenerated woodland, meadow, fruit trees, flower beds and her allotment. She suggests a potentially very interesting research project for a student. 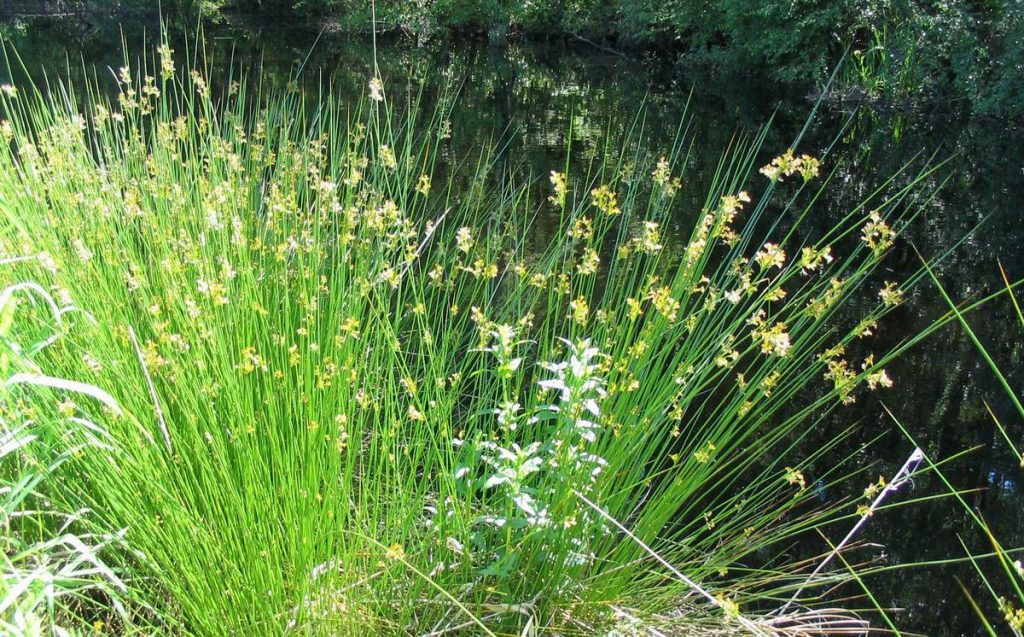 For some years now, I’ve promoted using grass clippings on cardboard as a mulch. Karen finds herself with a surplus of soft rushes which she is using in similar ways. 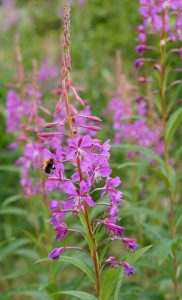 I have made some observations regarding soft rush which I think might be useful for others, and if I was thirty years younger might be the basis of a research project.

In the meadow areas soft rush can be a problem; we use the Lammas meadow system, cutting at the end of summer.

We noticed that underneath the piles of rush we made the ground has been completely cleared of vegetation, and if left over a year (not enough hours in the day!) even gets rid of Rosebay Willow herb and creeping rush. 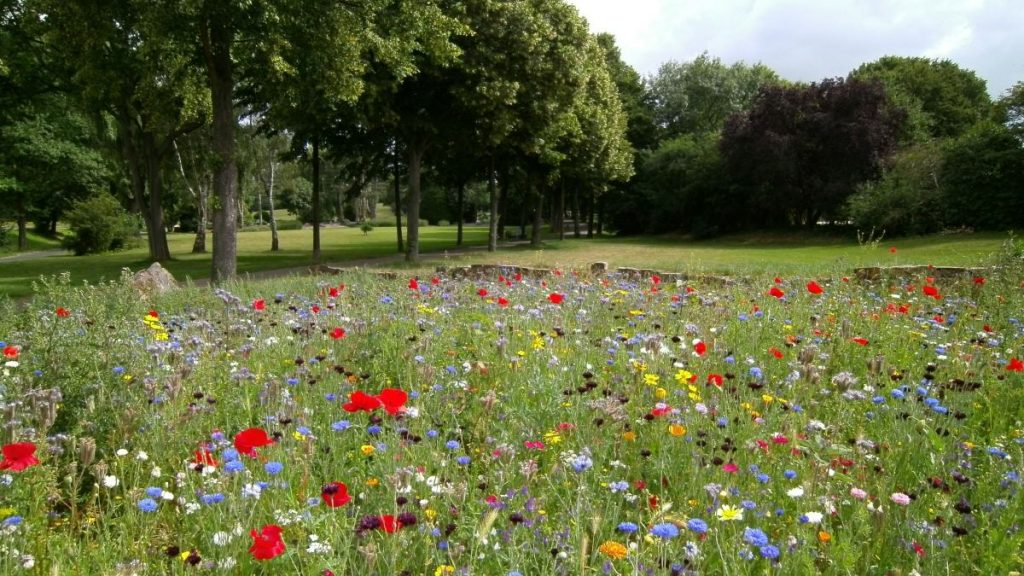 Wild flowers in abundance in a meadow.

The Lammas Meadow System is an ancient, environmentally-friendly and sustainable system for managing hay meadows that dates from medieval times where these meadows were owned cooperatively by the local people.

Each year, from the 2nd February (Candlemas) to the 1st August (Lammas) the meadows are closed with no grazing permitted or mowing for hay. This gives time for wild flowers to grow, flower and seed feeding the bees. It also allows ground nesting birds etc to raise their young.

Taking the hay provides for the livestock winter feed and grazing the meadow fertilises the soil for the next year. Back to the email.

Based on this observation we tried covering some of our vegetable beds overwinter with soft rush, to stop the nutrient leach caused by the high rainfall. We feared the worst that could happen would be soft rush seedlings.

What happened was interesting. We think they helped with nutrient leaching, as potatoes and seedlings grew well and produced a good crop. However, seeds failed to germinate (we were not even getting many weed seedlings or even soft rush seedlings). Not only carrots and parsnips failed to grow – which can sometimes be problematic – but I tried a range of other seedlings, flowers as well as vegetables, and had poor germination results.

We have therefore adapted the following technique. Not only do we cover next year’s potato beds with rush to stop nutrient leach, we leave them in place while we plant and top them up over the growing season. Fluffing up the dried rush (it becomes like a substantial straw as it dries) helps prevent late frost burn, it reduces weeding over the summer and stops greening of potatoes growing near the surface and there doesn’t seem to be an increased slug population as a result. Piles left where we have cut them don’t seem to attract lots of slugs.

We also use the rush on top of cardboard collars at the foot of fruit trees, to reduce competing weeds, and we keep them away from beds which will be sown with seed.

We have speculated that the rush might suppress seed germination but can’t say that’s the case without proper controlled trials.

If you know of any students looking for a project we would be happy to know the results – through your newsletter for the benefit of everyone, of course – and if our observation is born out, it may have commercial applications for what in these western areas is otherwise a nuisance not a crop, which might help any student obtain research finding.