I’m preparing a new bed for next year’s potatoes and we seem to have a lot of mushrooms growing around the place. Upping our production and why. 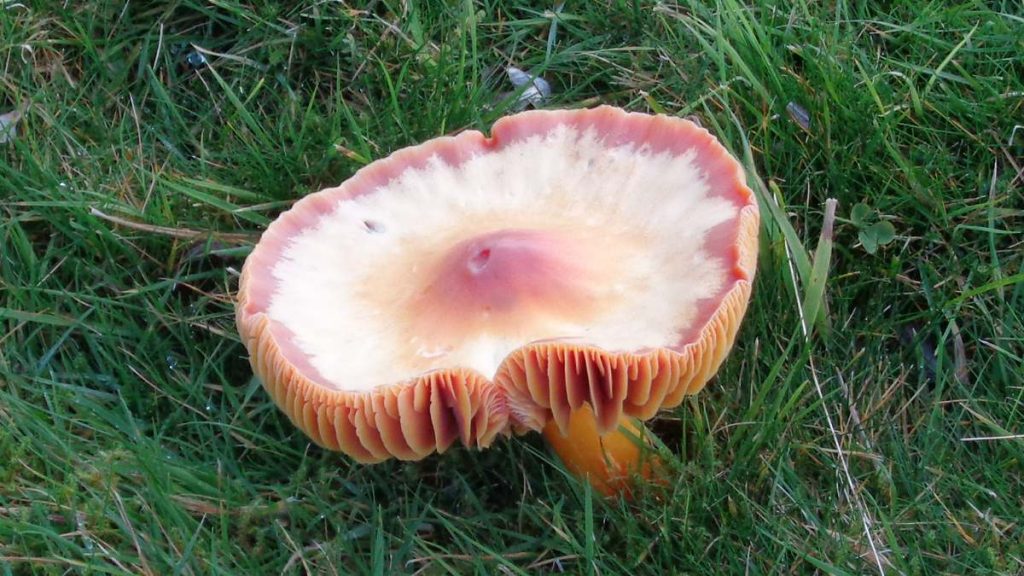 I don’t know what type of mushroom it is, but it’s stunning!

I’ve always fancied growing mushrooms seriously but my “toe in the water” tries were not exactly a success. I bought a couple of mushroom kits one year. Followed the instructions carefully and calculated the cost to be about 50p per mushroom!

Over the years I’ve been improving the pasture grass and steadily adding woodchips to the paths between the raised beds as previous layers rot down. This creates conditions that encourage the growth of mycorrhizal and other fungi. So I shouldn’t be surprised we’re seeing more mushrooms this year than ever before. All part of nature’s rich tapestry.

I’ve no idea what the mushroom pictured above is, it’s absolutely beautiful though. These below I came across growing in a raised bed I’ve mulched for the winter. Possibly a puffball? 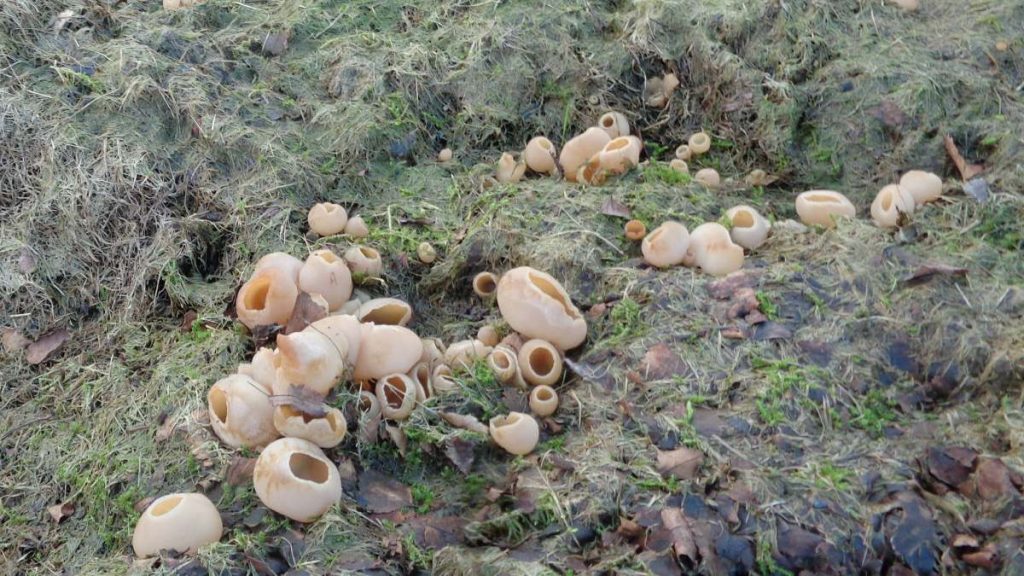 Possibly puffballs that have spread their spores?

Having had a family discussion, we feel it makes sense to increase our home-grown production. My son-in-law is spending more time helping out as we’re now basically growing for two families. The other factor is what’s coming down the line.

I think it probable that we’re going to see price increases next year and possibly shortages of some fresh produce. There are three reasons for this.

Despite imminent introduction of vaccines to stop the Coronavirus, these will take time to be produced and administered to the majority of the population in the UK. Globally we could be looking at a year to 18 months or longer.

Our food supplies depend on production and supply chains that stretch across the world. It seems inevitable that we’ll see some disruption in the near future as we’ve already seen this year with groups of workers being placed into isolation due to the virus.

Another potential problem looming is one I hesitate to mention as people are so passionate on the subject and often quite irrational. Yes, BREXIT. We may have a trade agreement or we may not. Even if we do, we don’t know what it will say and finally, we don’t know what the effect will be on supplies. Hopefully that will be sorted soon but who knows?

The third problem is us, people. We’ve seen how a sudden massive spike in demand caused by panic buying can cause actual supply problems. We’re all a bit jittery and it won’t take much to kick off another panic. The silliest was loo rolls, that panic was started by problems in Australia. Bangs head on the wall! 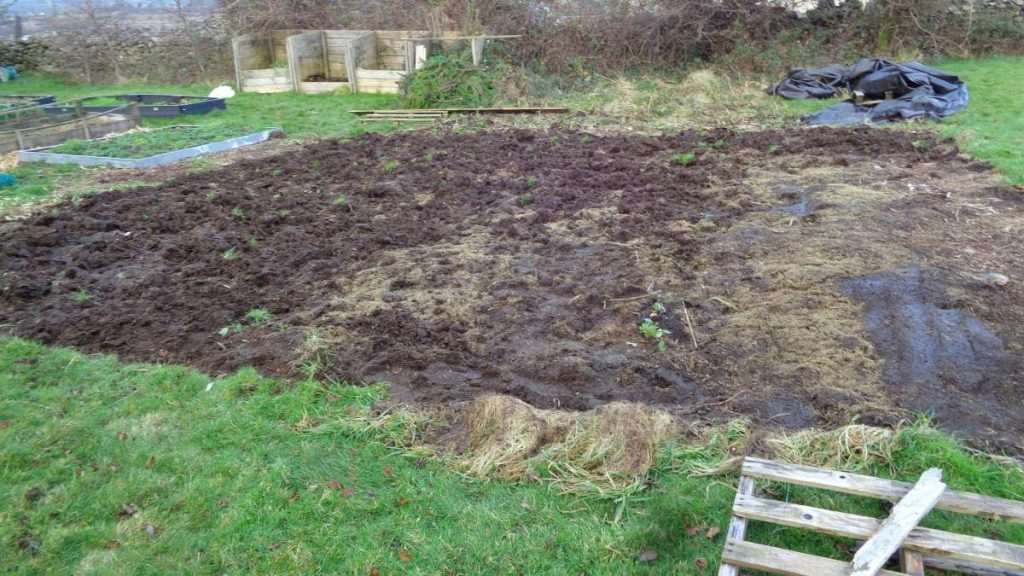 The new potato growing area, about half way through adding a layer of sheep muck before re-covering with weed mats.

This has been in the back of my mind for a couple of years. Part of me wanted to cut back a bit but I also wanted to keep my options open. What I did was to cover a patch of grass with weed matting. Then dug out some holes and filled those with compost before planting out squashes.

Last year I repeated the process with new holes. I also put green waste, grass clippings, part-rotted compost and card down before laying the sheeting again. The soil seems much improved and is certainly supporting a higher worm population. Rule of thumb: more worms, the better the soil. It’s darker in colour too, which indicates more humus.

We’ve taken the covers up and put down a layer of sheep manure. This will be covered in a layer of cardboard before putting the covers back. I’d like to add a layer of grass clippings but my hopes of a last cut are dashed again by the weather. Is a few dry days in a row really too much to ask?

Next spring, ideally March, the covers will come up. I may run the Merry Tiller over, need to see what the soil is like before though. This gives me an additional 60 square metres of growing space.

Since it’s been two years since it was grass, I’m hoping we won’t have a potato worm problem. Often areas brought into potato production from grass are difficult as wireworms natural habitat is grassland.

Some of the covers can then be moved for a new pumpkin patch. Squashes and pumpkins do use a lot of space but I’m fortunate in that space isn’t a problem here.