I’ve been growing Sarpo potatoes for 15 years now. They’re high-yielding, easy and above all blight resistant varieties. One bad blight year, the only potatoes still thriving on the entire allotment site was my Sarpo Mira crop. 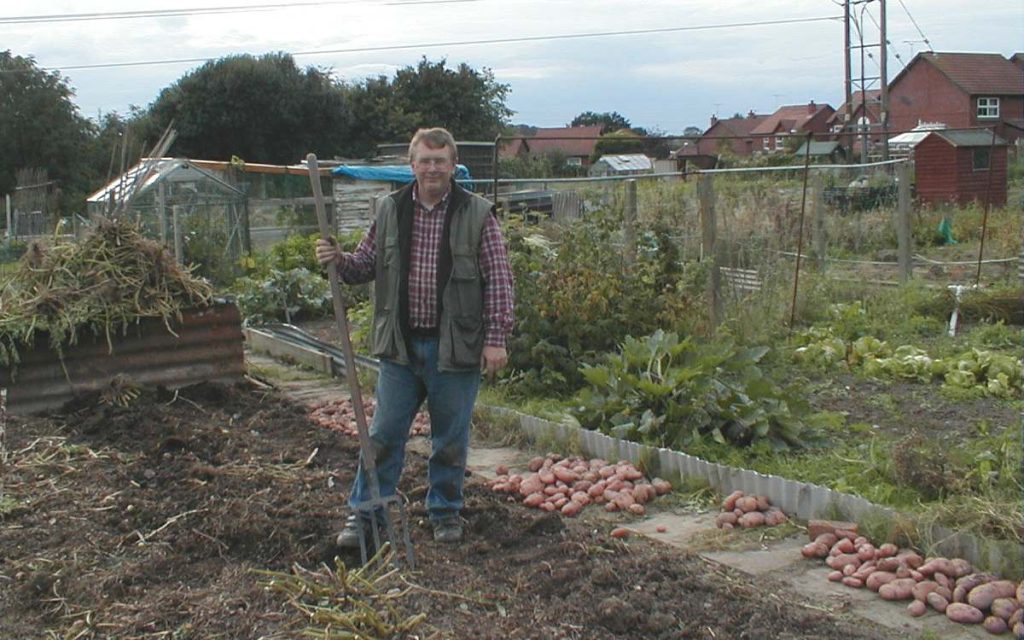 Perfect for organic growers with blight resistance built in – no sprays needed. Sarpo Mira seem to be unaffected by slugs and worm as well and they’re a real thug. So vigorous they suppress weeds whilst producing big yields of large potatoes that store well.

Over the years since Sarpo Mira became available, other Sarpo varieties have been introduced including Sarpo Una, a waxy second early variety that is an ideal salad potato but can be grown on as a baker.

Often people ask which variety they should grow. It’s difficult to answer as tastes vary and different soils and climate conditions affect crops. The answer is to try a range and see what you think.

I discussed this a few years ago with Dr David Shaw, research director of the Savari Research Trust who introduced Sarpo to the UK. Sarpo potatoes are now retailed by potato specialist grower Andrew Skea in Scotland from their Potato House web site. They’re offering a Sarpo Variety Pack

5 nets of 6 seed tubers (30 in total) each giving a spread from second early to late main crop. Normally the nets are £4.95 each but if you buy 5 nets they’re discounted to just £3.95 per net. This is further reduced to £17.75 for the trial pack. Save more by using the special voucher code from the newsletter, you can get the trial pack for just £14.75!

Details of the Sarpo Offer 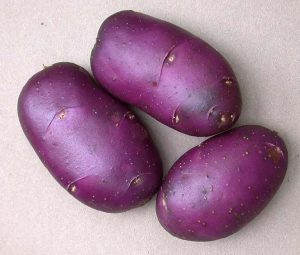 Sarpo Mira – the first Sarpo to be listed, it’s never failed me yet. Very dense flesh which we find ideal for dishes like Potatoes Dauphinoise or Potatoes Boulangeres. Add milk and butter for a great comforting mash

Sarpo Axona – a redskinned, floury potato, nearly as vigorous and blight-resistant as Mira but less dense. There’s a great recipe from the Scottish Borders that it’s ideal for called Rumbledethumps on the Potato House Site.

Sarpo Blue Danube – an early maincrop with a blue skin but floury white flesh. Great for roast potatoes and chips.

Sarpo Kifli – an early main crop waxy potato that is ideal as a salad potato or just boiled with a knob of butter melted over. Similar to Charlotte but with the Sarpo blight resistance.

Sarpo Una – second early, versatile waxy potato. Harvest as a salad potato or leave to grow on for a heavier crop with larger tubers ideal for baking.

Don’t forget – save on the offer with the voucher code from the newsletter!