We’ve always associated Ireland with farming, dairy and potatoes being what leaps to mind. Soon, we may be associating Ireland with another sort of farming, black soldier flies. It sounds a bit weird to say the least but it actually makes a lot of sense. 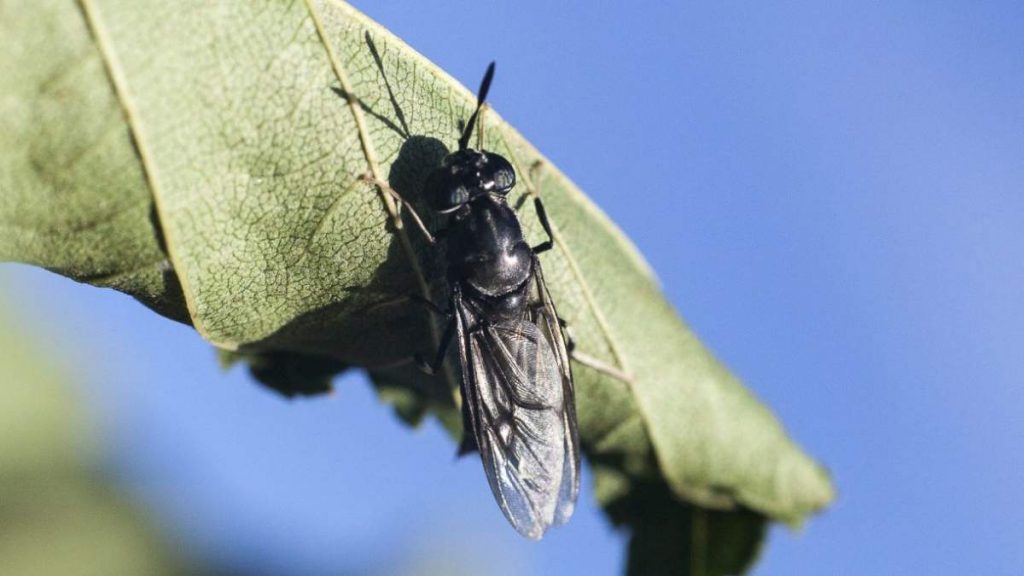 I was approached back in the summer and asked if I’d like to give a new fertiliser a try. Being intrigued I said yes and Irish biotech company Hexafly sent me a sack of fertiliser and a pack of dried soldier fly grubs to try out.

The black soldier fly is an incredibly useful and productive creature. The adult female lays hundreds of eggs and dies. These eggs hatch out in around 4 days to become larvae – maggots – who eat and eat.. and eat for a fortnight. After that they pupate for another fortnight before hatching out as a fly to mate and lay eggs.

The black soldier fly larvae eats organic waste. Near enough any organic waste from vegetation to waste food and even toilet waste. Despite its unsavoury diet, bacteria in the guts of the larvae ensure the larvae themselves become a wholesome protein food. From egg to inch long grown larva, the soldier fly increases its weight 10,000 fold! 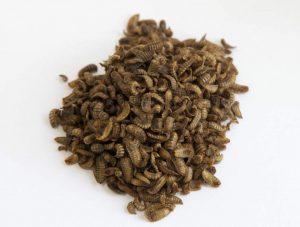 One of the problems with modern large-scale poultry farming is that it isn’t sustainable. Commercial feeds utilise soya to provide the necessary protein levels. Soya production is one of the driving forces behind the destruction of the Amazon rain forests.

Black soldier fly larvae are 43% protein and rich in calcium as well as other minerals and amino acids. This makes them an ideal ingredient in poultry feed. Sustainable and easily produced locally.

I found it took a little time for the hens to accept them but once familiar, they wolf them down. A useful supplement to their ordinary feed especially when they need extra protein to cope with moulting or other stress 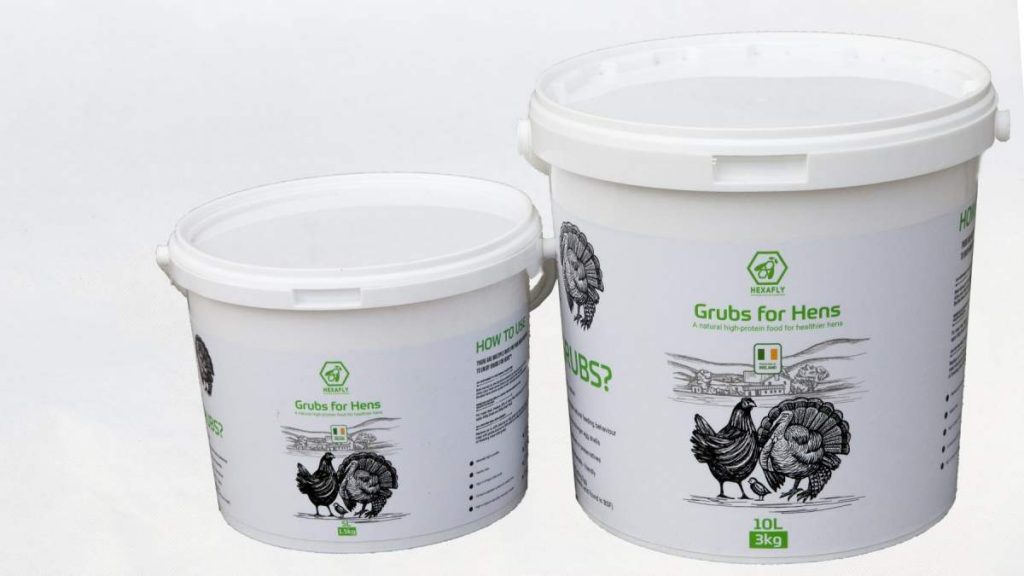 Even the amazing soldier fly isn’t 100% efficient and produces waste, but this too has value. Dried and milled it provides a valuable fertiliser. The N:P:K level is 3:1:1 This isn’t as high as a fertiliser such as blood, fish and bone (7:7:7) but insect frass has other benefits.

It contains chitin, which is a biopolymer that promotes mycorrhizal growth in the soil and it promotes microbial activity whilst helping plants resist insect and aphid damage. It’s also useful for stimulating microbial action when making composts, a sort of tonic.

I know a number of show growers are incorporating frass into their cultivation and speaking well of it but as a ‘for-table’ grower I’m interested in what benefits there may be for home growers.

I got the HexaFrass in July which isn’t the best time really to try out a fertiliser. To top it off, this has been a strange year for growing here. The weather started brilliantly in the spring and then the summer was a disappointment followed by a worse autumn. Add into the mix that this has been a very busy year for us so I’ve not had enough time outdoors. So much for lockdown gardening!

I did run one trial with some late leeks. They certainly benefited from HexaFrass. Ideally I’d have run a more formal trial and mixed into potting composts. Currently it’s quite expensive but I expect prices will fall over the next years as production ramps up.